Award winning rapper and singer, MI Abaga have reacted to the news of Hushpuppi’s arrest and the huge number of people he duped. 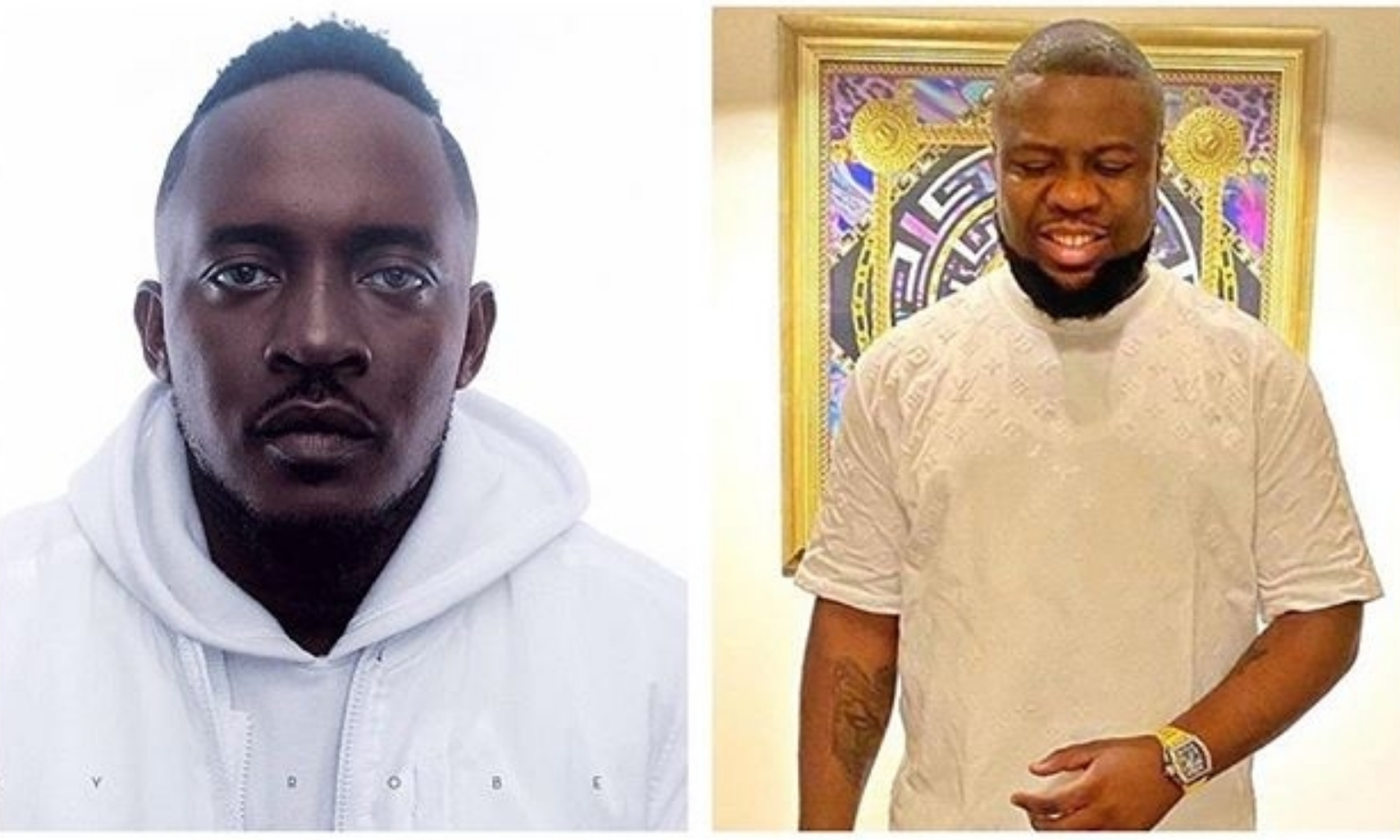 Hushpuppi has become the talk of the town and this will not stop until his case with the FBI and Interpol is finally settled.

Video footage of how the Dubai-base Instagram socialite was apprehended alongside his friends was released by Dubai Police Force as they revealed the number of people that have fall victim.

With top celebrities in the entertainment industry already voicing out their opinions on the subject matter, MI Abaga took to his Twitter page to reflect on the harms Hushpuppi have caused.

MI Abaga who was amazed at the huge number of people that have fall victims of Hushpuppi’s fraudulent act showed how surprised he his to have heard such figure.

The talented rapper went as far as writing 1.9 million the exact figure Dubai Police Force had revealed that Hushpuppi and his friends defrauded. 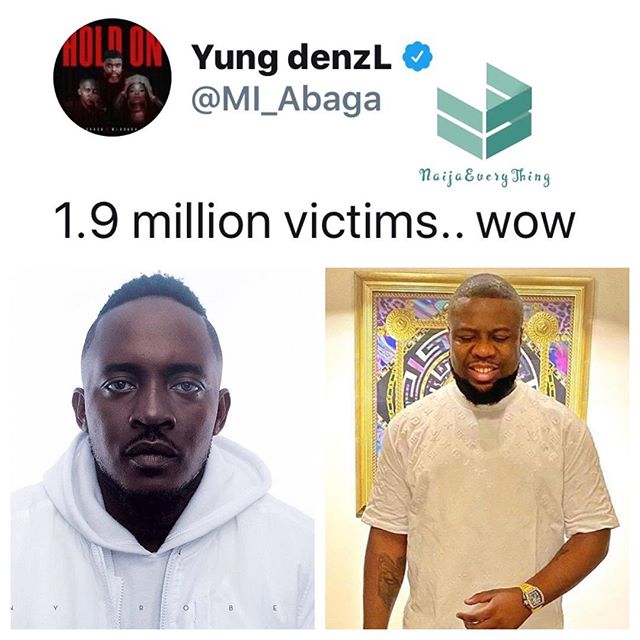 Hushpuppi’s arrest have seen the likes of controversial actress, Etinosa Idemudia claiming their girlfriends should also be arrested.

According to the sexy screen diva, Girls who are fond of dating the so called Yahoo Boys should also face the justice whenever their partner are apprehended.

#BBNAIJA: About last Night as Ex Housemate Thelma peppered Us in her Red High slit Dress to AMAA Award 2019