Home Entertainment After EndSars, we are fighting against Cybercrime – Comedian Lizzy Jay sends...

Popular female comedian, Lizzy Jay has sent a strong warning to fraudster across the country who think the EndSars movement is for their benefit. 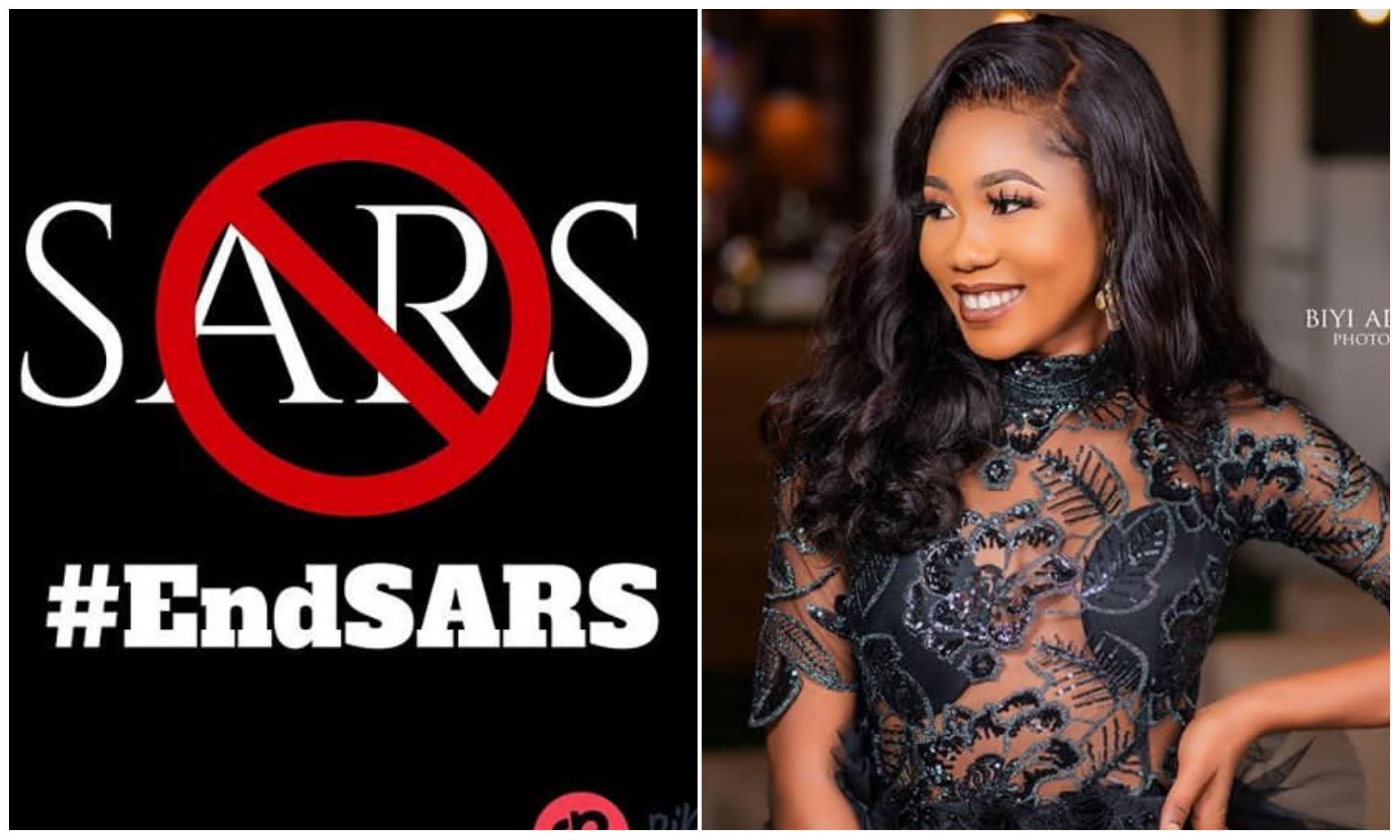 put an end to Police Brutality that have been a constant issue in the country.

Despite that the fight is still going on, Lizzy Jay who have built a great fans base on all

social media platforms have however warned those into fraudulent activities

not to see this an advantage.

not to support those who are involved in Cybercrime.

According to Lizzy Jay who have also been appearing in some blockbuster movies,

a campaign against cybercrime will be launched immediately after the EndSars

war is won as there would be no place for fraudsters in the country. 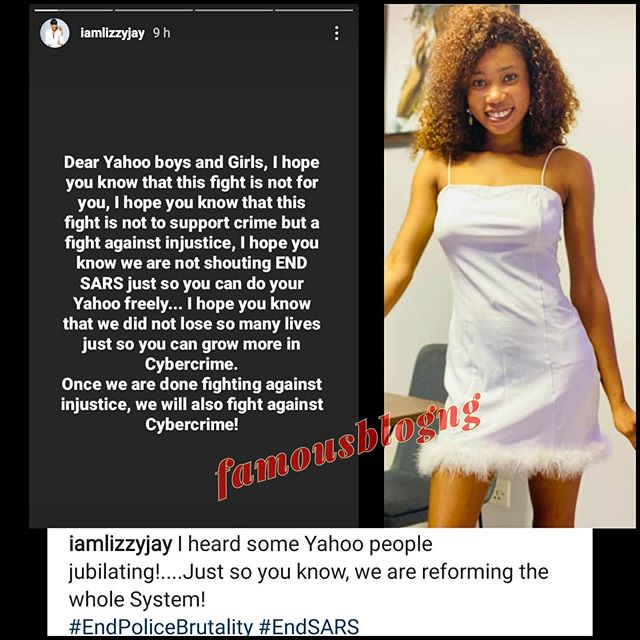 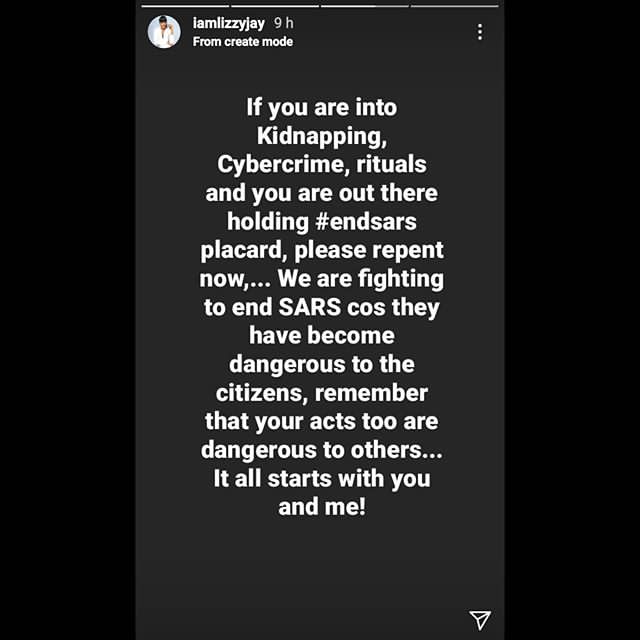 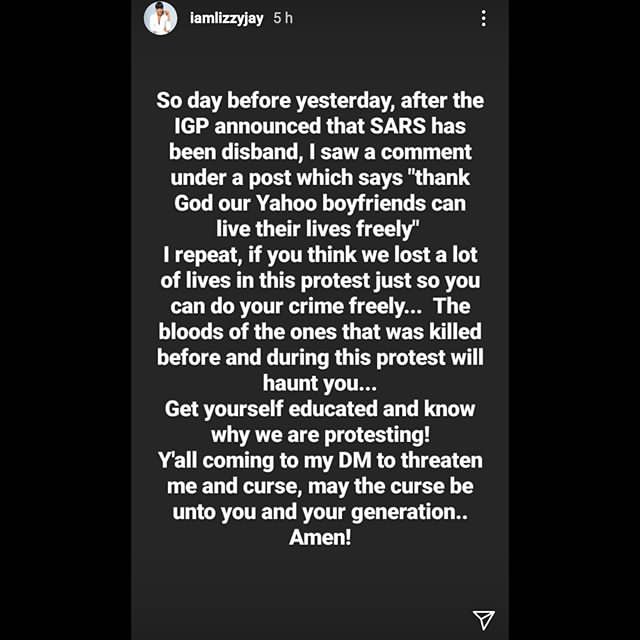 Kemi Olunloyo shade Hushpuppi for not paying her medical bills