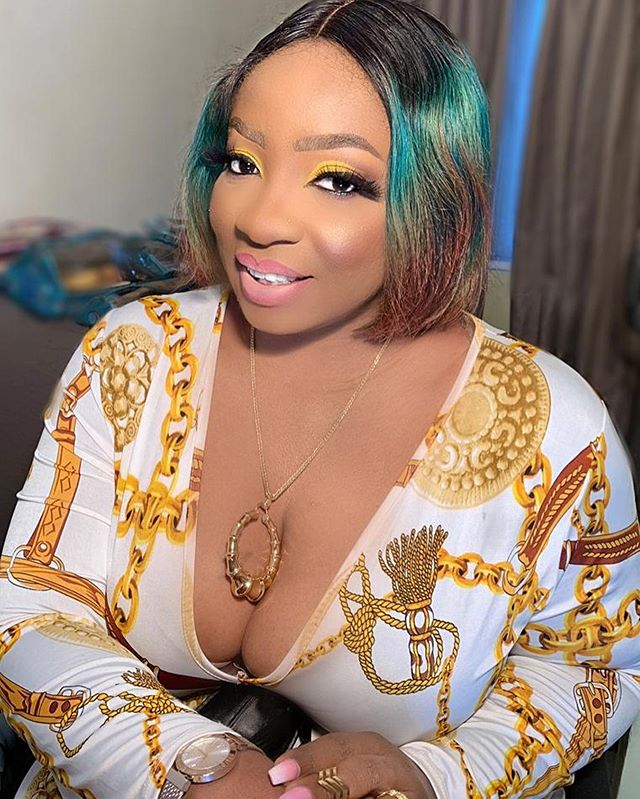 Anita Joseph who is popularly known for her sexy curves and beauty get a bad compliment from a fan who said shes not beautiful without her makeup.

Award winning Nollywood actress, dancer, television personality and a philanthropist who couldn’t take this for joke insulted him and his generations to come.

Anita who is hail from Anambra has been featured in many award winning Nollywood movies put an end to the conversation with her heavy words.

READ
Singer Brymo claims he is Nigeria's 'Artiste of the Decade'

#BBNAIJA: Trying to be a better version of myself – Mike’s wife Perri Shakes-drayton...

Violette Johnson - October 28, 2019 0
BBNAIJA housemate wife Perri Shakes-drayton, whose husband mike has not for one day hidden his marital status unlike some of the past housemates of...

Violette Johnson - August 1, 2019 0
Following the success of the new adaptation of the Disney animated classic The Lion King, Beyoncé is reportedly in talks with Disney to produce...

Olumide Oluwaseyi - March 23, 2020 0
Popular Disk Jockey and singer, Florence Ifeoluwa Otedola aka DJ Cuppy opens up on why she’s never been to a strip club. Strip club as known...