So there goes Diane, she’s the latest housemate to be evicted from the Big Brother Naija (BBNaija) Pepper Dem TV show and it was unfortunately from a random pick by Ultimate Veto Power holder Frodd.

It’s a shame that beautiful Diane had to be evicted from the BBNaija show at this period when the finale was not far away, but Frodd particularly is feeling bad for inevitably to have been the one with the Veto power that performed the unlucky pick. I know Diane is already feeling down in this moment.

The news was made via the official twitter page of BBNaija as seen below: 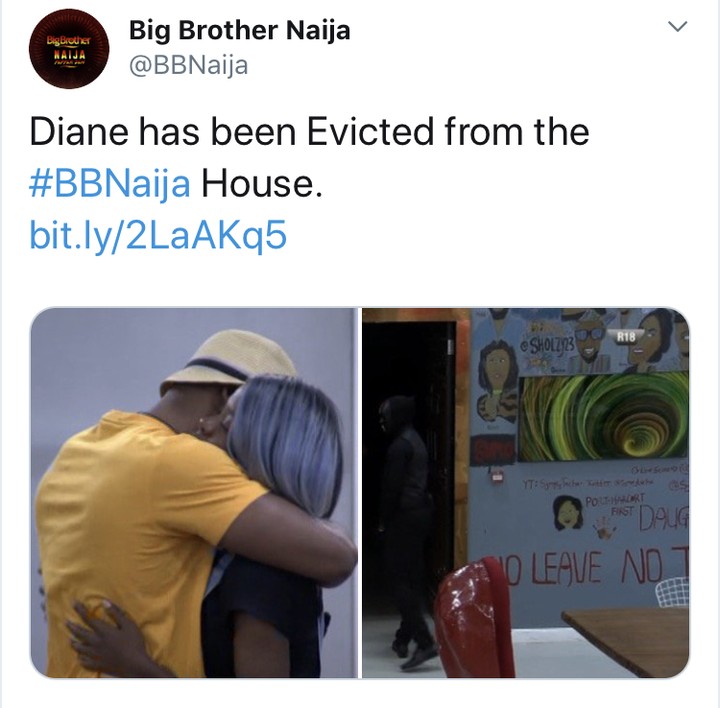 “Our brand has affected us negatively in Ghana”– Dark Suburb