It’s currently a joyous day in the day camp of controversial reality star and model Tacha as she bags another endorsement deal with one of the leading mobile giant. 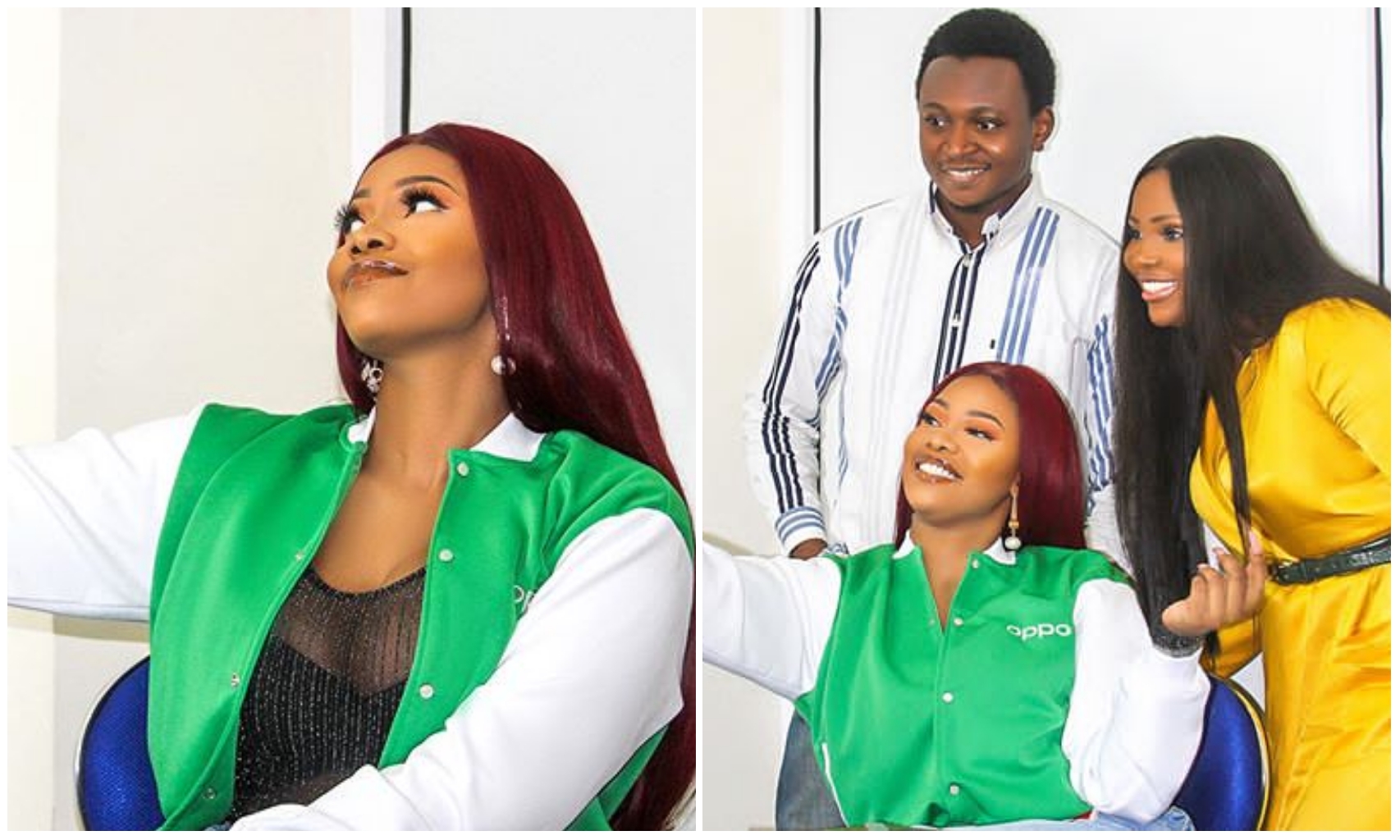 Take it or leave it, Tacha remains one of the best reality star and brand influencer

someone that will be relenting on her effort.

notable brands in the country.

Just when some thought she’s done with her achievement, Tacha announced a new

deal with Mobile Giant, Oppo and this shows how far she has gone.

most sort after brand influencer in the country.

See pictures and video from the unveiling ceremony below:

Tacha will be joining media personality Toke Makinwa as the brand influencer of Oppo and they will be hoping they can a new dawn to the Organization.

Violette Johnson - November 1, 2019 0
Project Fame, West Africa (Season 9) winner, Okiemute Ighorodje, was on fire has she rock her instagram page with a sexy photo. Okiemute who is...

Check Out This Rare Photo Of Lil Wayne At 12 Years Old Without Dreads...

James Antwi - August 3, 2019 0
Thesleak.com has dug further to fish out this epic throwback of Lil Wayne as a 12 year old without his trademark dreads and the...

BBNaija – Mercy Blast Ike, says “You Didn’t Make It In America You Think...

Olumide Oluwaseyi - August 25, 2019 0
The Drama in BBNaija is endless and its seems to always be the mood after every Saturday night of heavy drinking and partying a...

Adedokun Moses - April 14, 2020 0
Award winning comedian and actor, AY warn fans who called out his wife, Mabel Makun on social media. Mabel Makun was called out by some...