Big brother Africa season 5 winner, UTI Nwachukwu, reveals that he shared his Cash Prize of $200,000 with 3 out of the top 5 finalists. 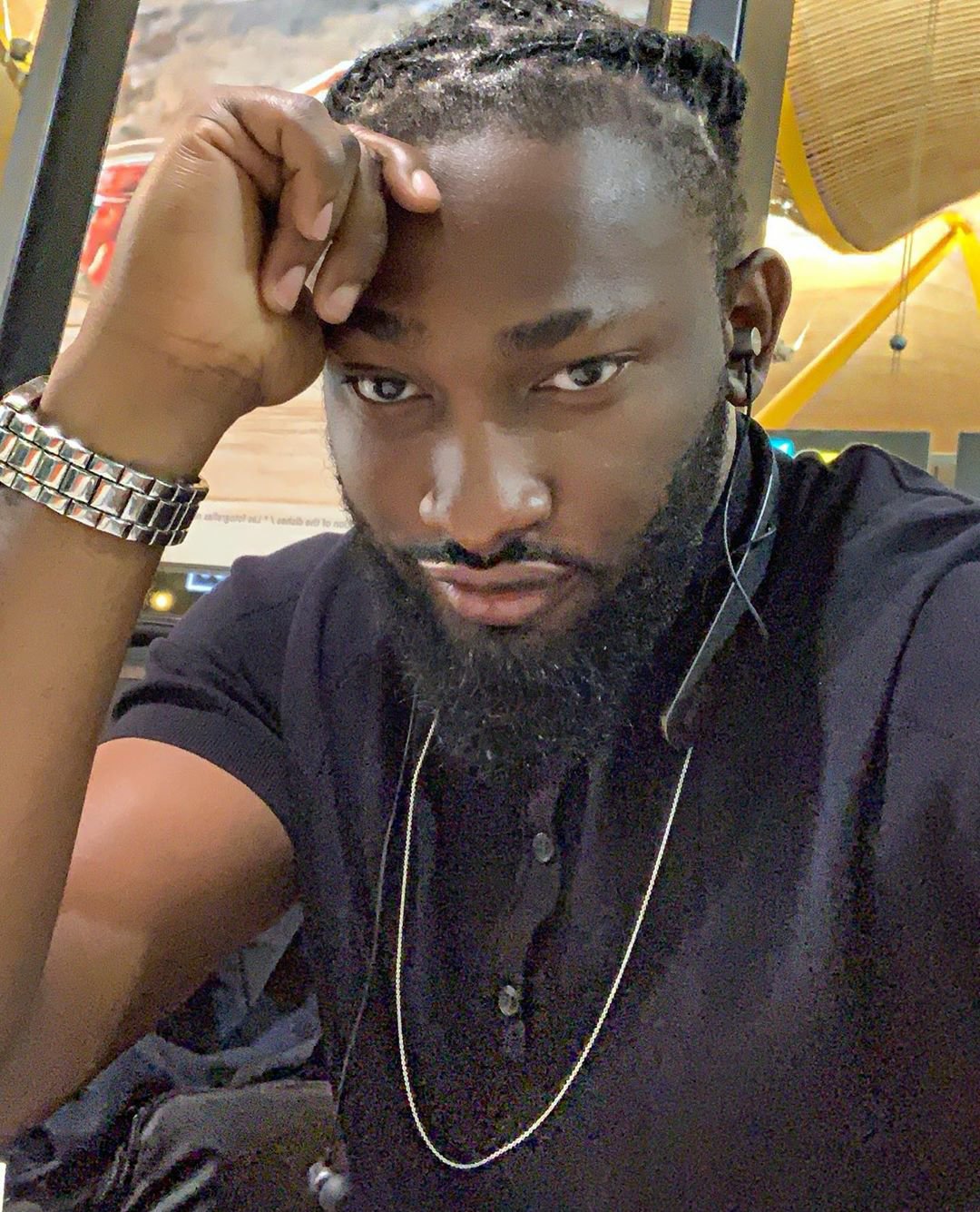 In a recent post on twitter by Uti, he suggested that big brother shared the 60Million cash prize to the top finalists; Mercy, Mike, Frodd, Omashola and Seyi.

“Kai this is so hard. I wish we could share the #Bbnaija prize worth amongst the remaining hmates?
E for sweet my belle
12M to Mercy
12M to Omashola
12M to Frodd
12M to Seyi and off course
12M to Mike.
Then the Ultimate winner will get the car.
It would have been super??” 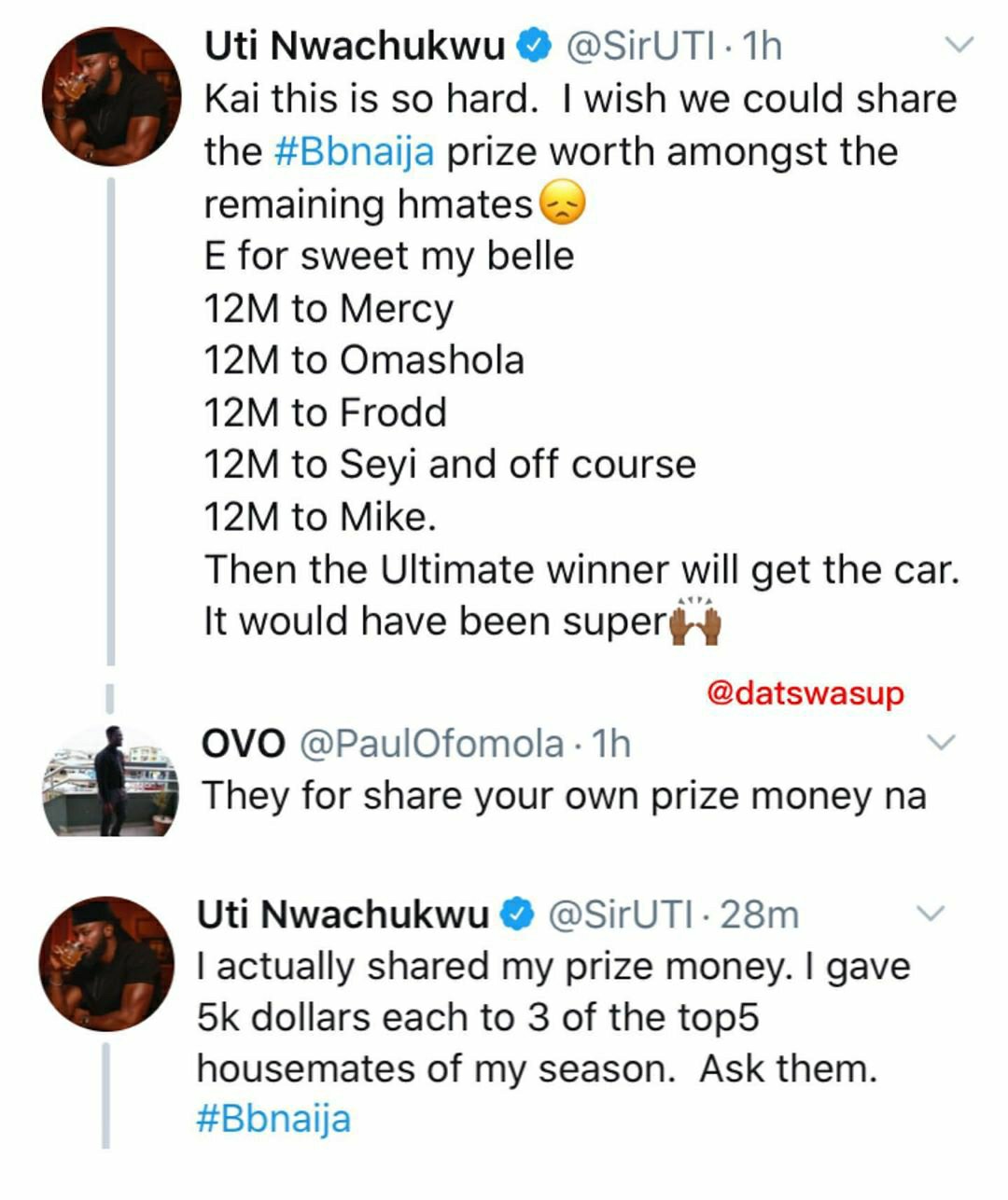 When challenged by a fan, he replied that he gave out $5,000 each to the top three.

Uti Nwachukwu emerged winner of the big brother Africa season 5 with a sum of $200,000 after a tight race between him and Munya(top two finalists). 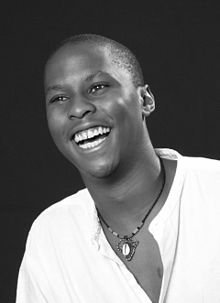 Top 5 finalist of the BBA season 5 were Uti, Munya, Lerato, Mwisho and Sheila.

He is yet to mention the three of which he gave 5k dollars. 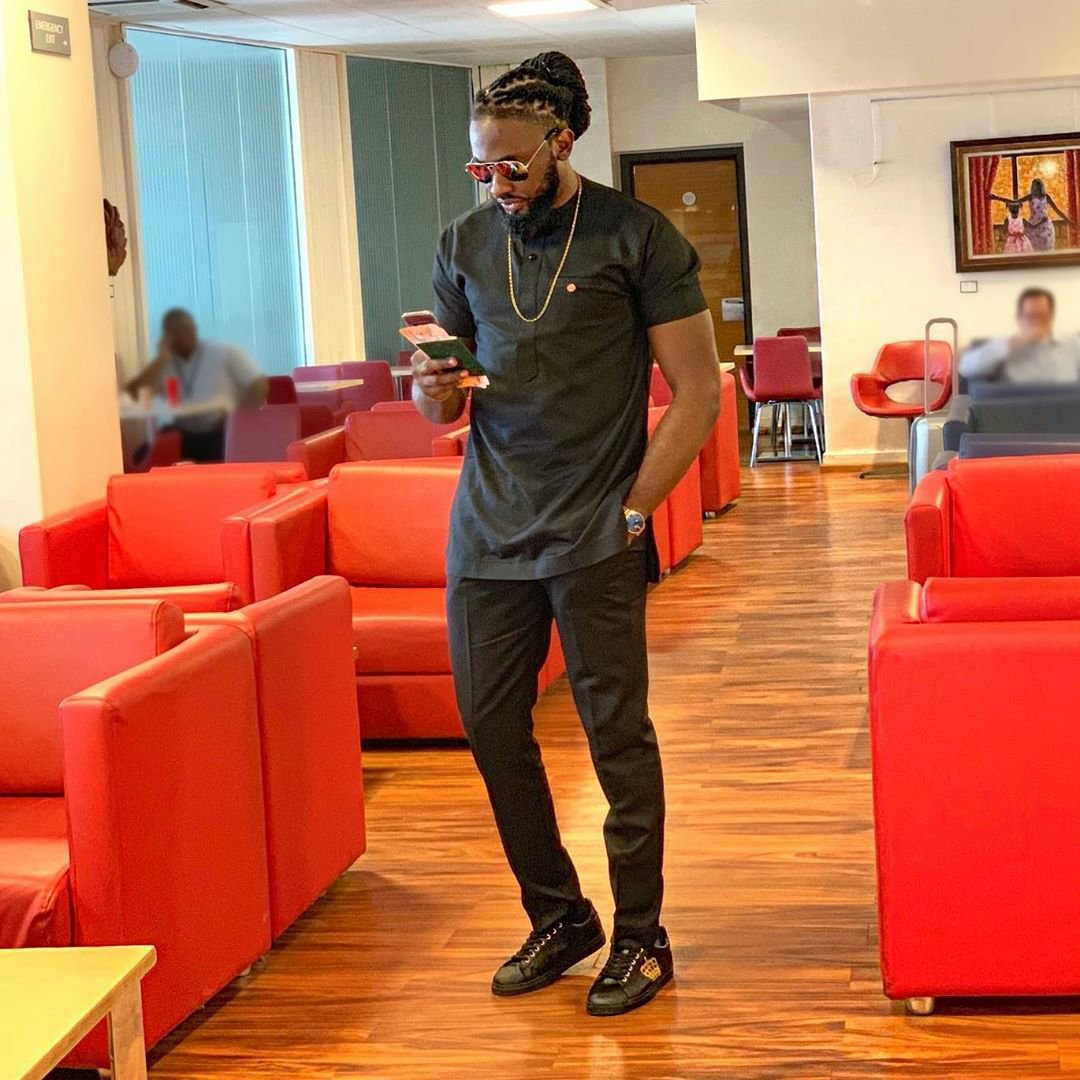