Multiple award winning singer and DMW boss, Davido have terminated the contract of Lil Frosh at his record label over the physical assault he did on his girlfriend, Gift some hours ago.

yesterday, October 5, when some pictures of Gift wearing a swollen face was

posted on the internet.

just signed under Davido’s record label about a month ago.

that she thought she was going to die.

Though fans might have taught the whole situation have cooled off, Davido have

Davido’s record label released an official statement that revealed their

stands on the trending issue.

According to the statement, Lil Frosh is no longer a member of the DMW record label

their members as well as backing victims of assault.

Read the full official statement below: 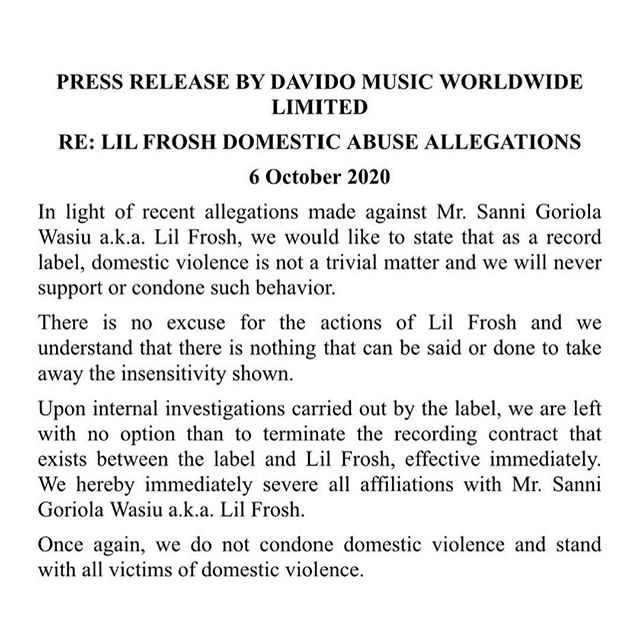