In a recent publication from the court, Busola demands an apology and a compensation of N10Million from Pastor Biodun Fatoyinbo. 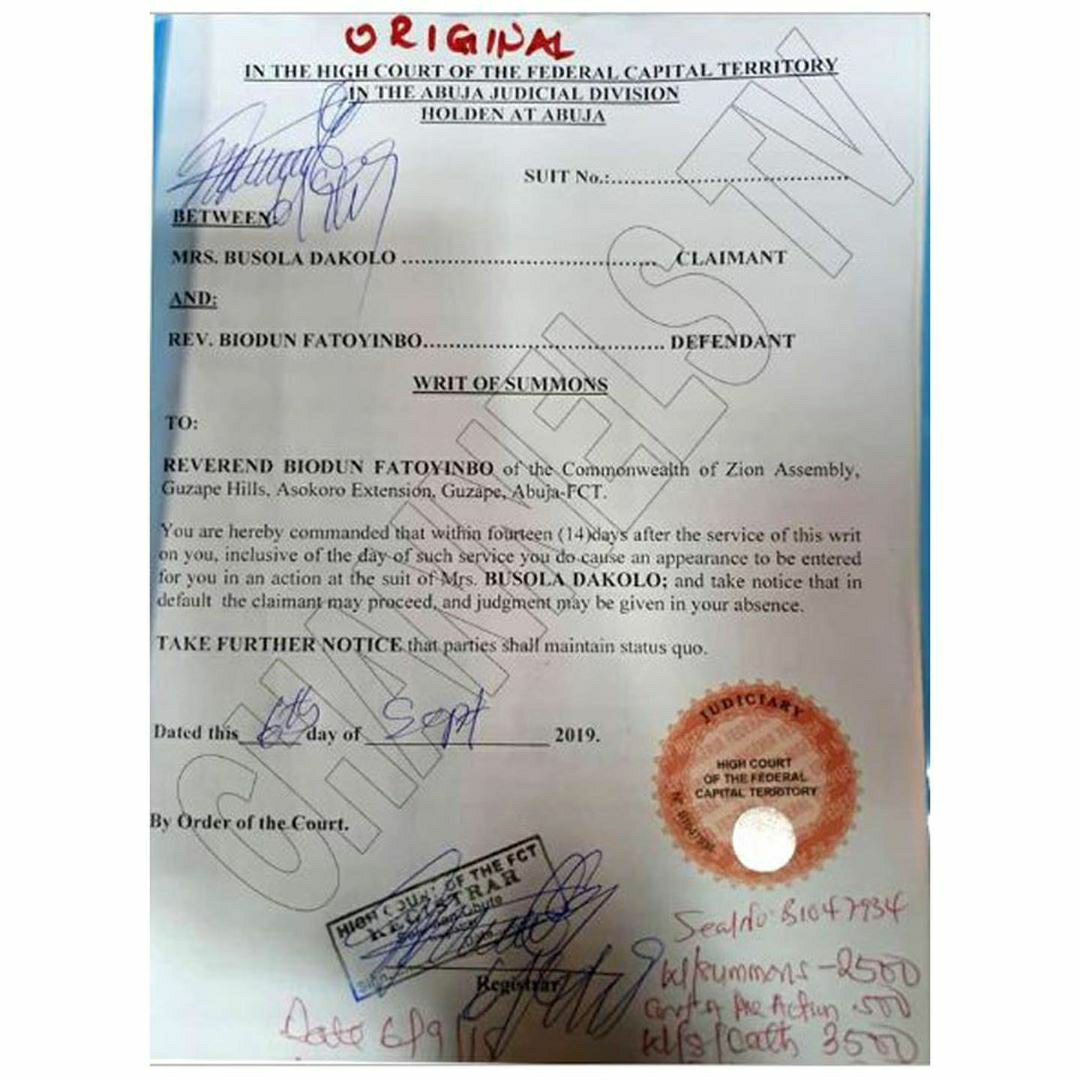 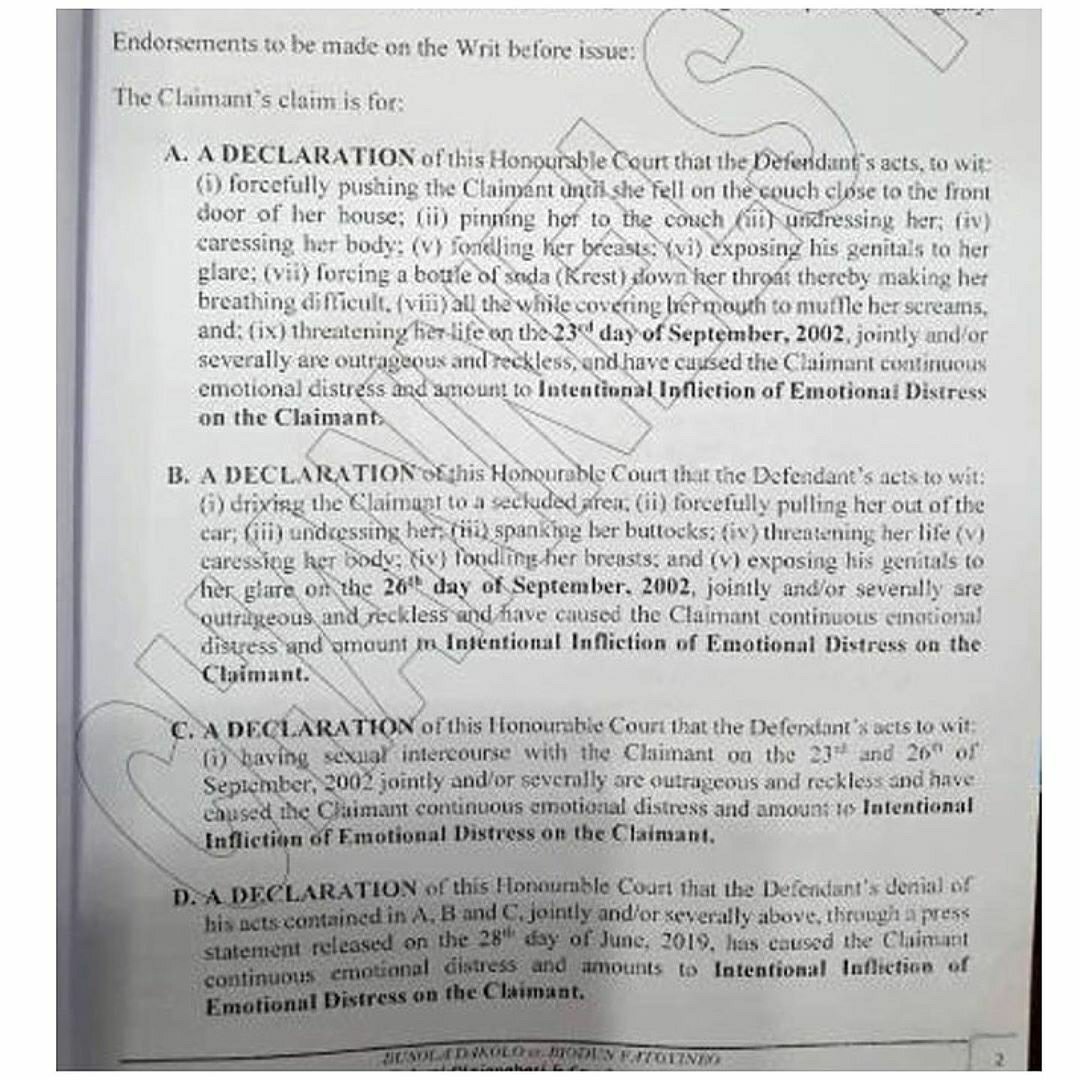 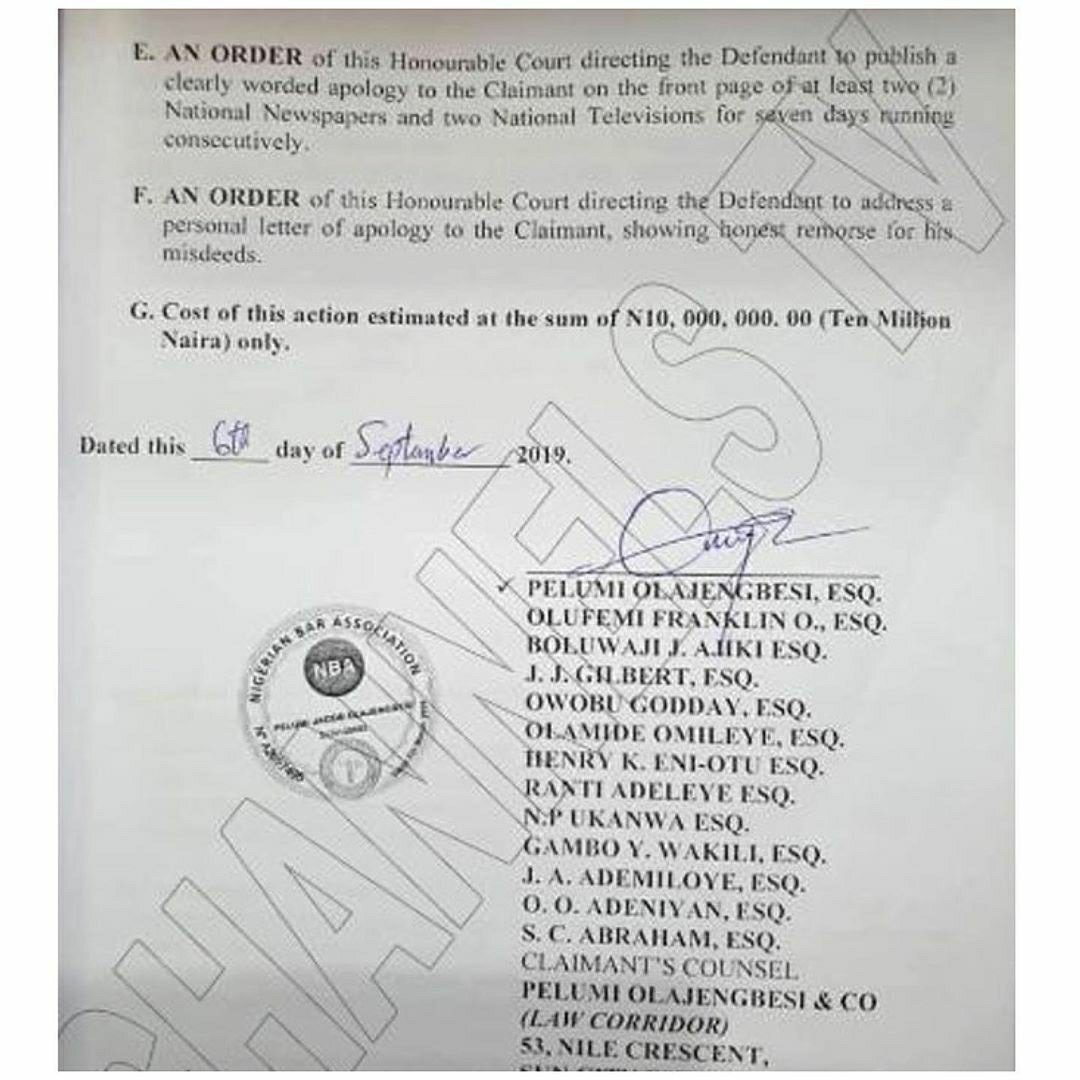 The Federal High Court, sitting in the Federal Capital Territory, Abuja has summoned founder of Commonwealth of Zion Assembly, Biodun Fatoyinbo and Mrs Busola Dakolo to appear before it within 14 days.

This was revealed in a court summon seen by TheCable on Monday.

Busola Dakolo, a photographer and wife of the musician, Timi Dakolo, had in June accused the founder of Commonwealth of Zion Assembly, Pastor Abiodun Fatoyinbo of rape.

In her suit, which was filed on her behalf by her lawyer, Pelumi Olajengbesi and Co of Law corridor, and exclusively obtained by The PUNCH in Abuja on Sunday, Mrs Dakolo asked the court to declare that Fatoyinbo’s denial of his alleged acts contained jointly and/or severally through a press statement he released on June 28 2019, had caused her continuous emotional distress and amounted to intentional infliction of emotional distress on her.

She has demanded an apology and 10 million Naira and Pastor Fatoyinbo is yet to speak on the recent development.