Great Britain’s cross country runner, Luke Traynor has been slapped a four year ban from UK sport after testing positive for cocaine. The ban was meted to him by the UK Athletics Anti-Doping organization.

Traynor , through a twitter post,  expressed his remorse for the offense where he said he made an “incredibly stupid and uncharacterstic mistake and for that I am deeply sorry. I am sorry to my family, friends, coaches, sponsors, and anybody who has supported my progress at any stage of my career”

The athlete, in his tweet, admitted he tested positive for benzoylecgonine , metabolite of cocaine. Traynor justified his offense by adding that he took the drug  “as a one-off and in a purely social situation.” 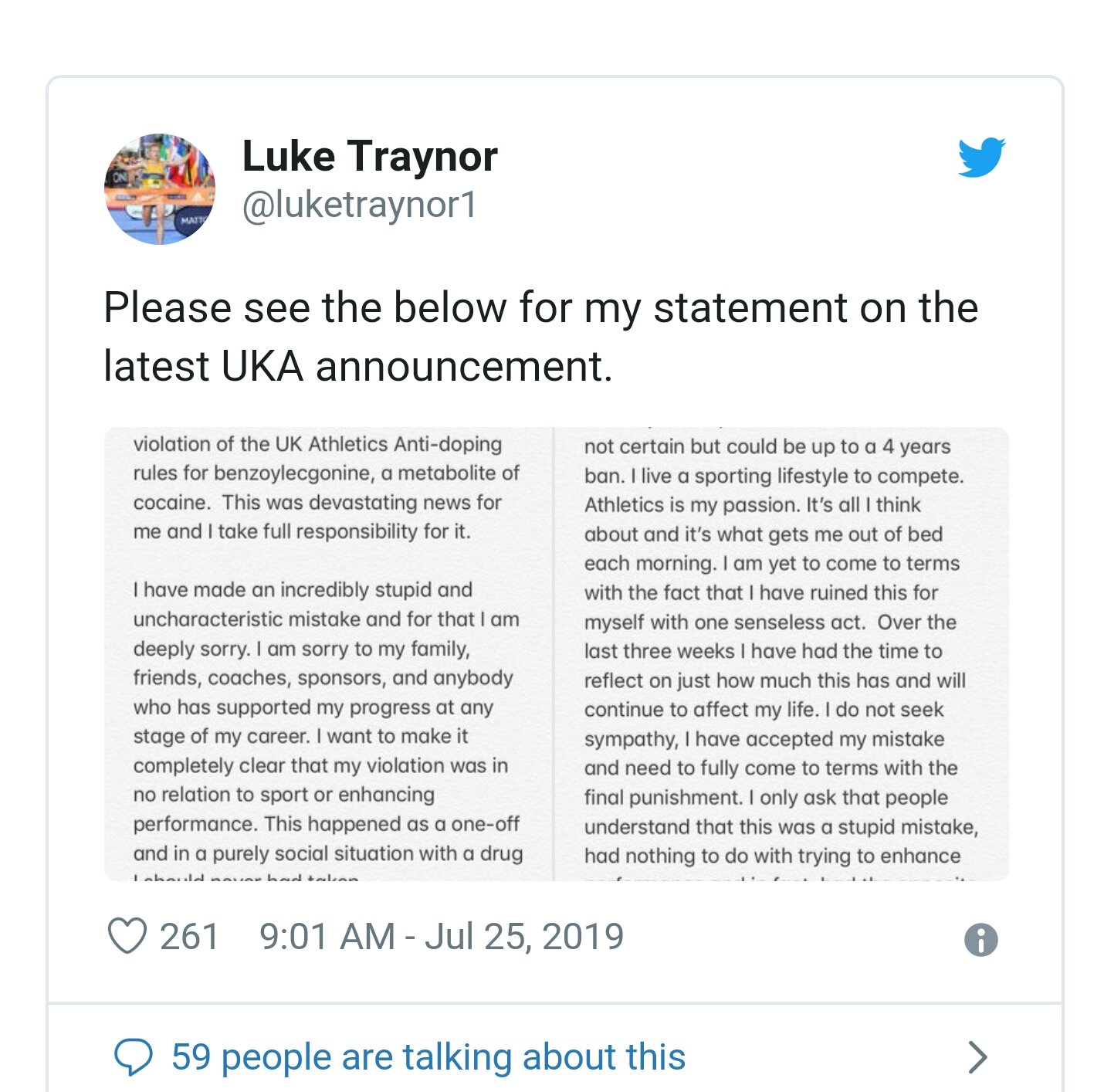 Traynor ended his tweet on a solemn note with the words ” I only ask that people understand that this was a stupid mistake, had nothing to do with trying to enhance performance and in fact, had the opposite effect.”

BBN star, Trickytee accused of asking for appearance fee to show up at EndSars protest

This 3-in-1 greatness, as Rihanna, DJ Khaled, and rapper Fat Joe all in rare photo