Veteran Nollywood actress, Yvonne Jegede cries out as she insist she can’t deal with the effect coronavirus is having in the world. 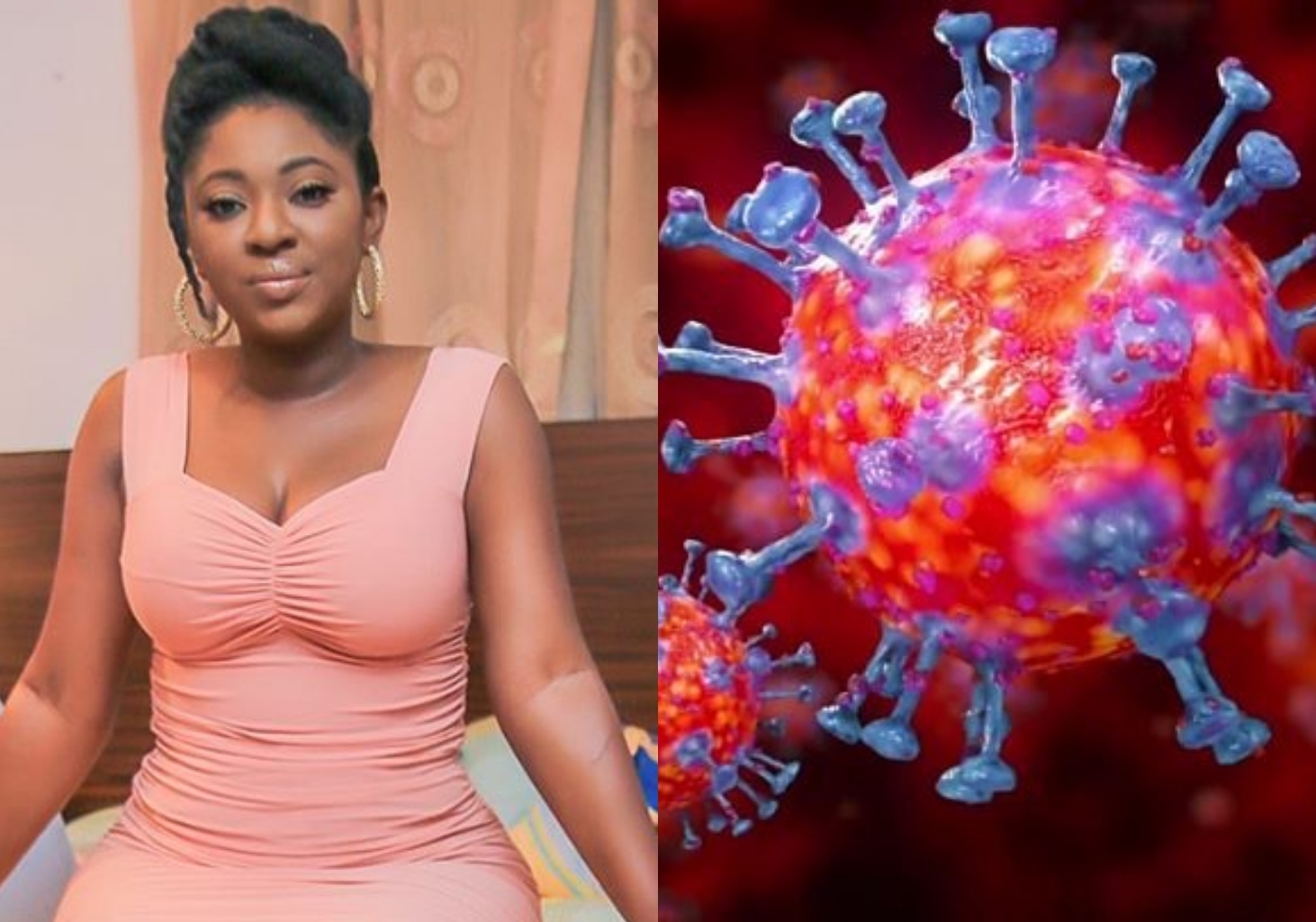 being of the citizens, Yvonne Jegede took to social media to make her thoughts

having on all nations.

According to Yvonne Jegede, its tough being imprisoned in someone’s house

noting that she has been looking through

her window in search of a miracle that

seems not to be coming soon.

See how Yvonne Jegede cries out on social media below: 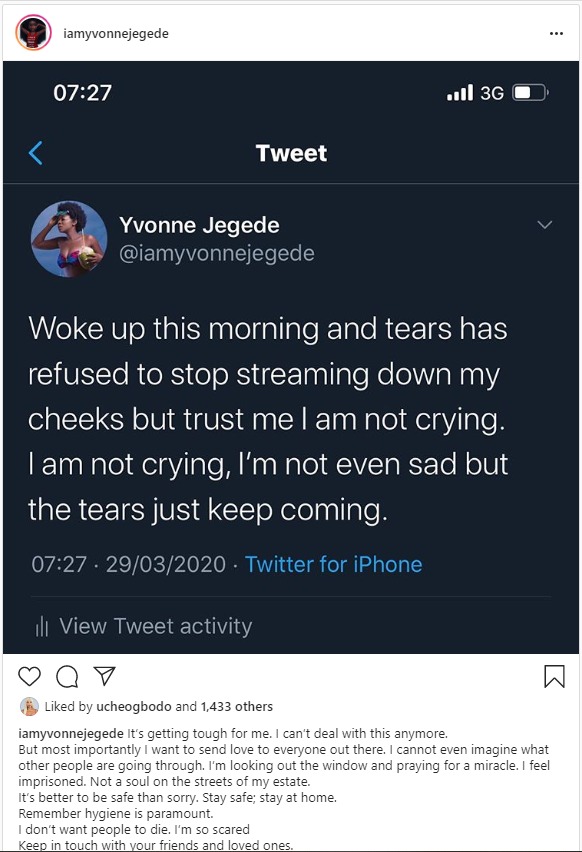 The beautiful producer, model, and television personality who rose to

Queen by 2Face Idibia is regarded as a legend in the entertainment industry.

her featuring in many award winning movies in Nigeria and overseas.

Yvonne Jegede has also been able to cope with the difficulties of being a wife and a celebrities bring.

She has been able to stay away from scandals that might have negative impact on her career.

Violette Johnson - September 6, 2019 0
The Big Brother Naija reality show never seems to be never getting rid of drama. Almost everyday, the reality show gets in the news...

Olumide Oluwaseyi - March 14, 2020 0
Instagram Influencer and celebrity Laura Ikeji has cried out how stores have sold out all groceries due to Coronavirus. The brand ambassador and fashion star,...

Adedokun Moses - August 13, 2020 0
Popular Nigerian comedian and actor, Alibaba have set aside his busy schedule to school a graduate who is seeking for job on social media. Nigeria...

Olumide Oluwaseyi - June 8, 2020 0
Dubai-base Nigeria big boy, Hushpuppi has issued a strong warning to all social media users around the world especially those that are tweeting about...

You have no entitlement to a money promised to you – Media personality Shade...

Adedokun Moses - September 24, 2020 0
Popular media personality, Shade Ladipo have issued a strong warning to those who feel entitled to a money promised to them by an individual. Nigeria...