Popular show promoter, Cubana Chief Priest has bagged a new endorsement deal which is said to have worth millions of Naira. 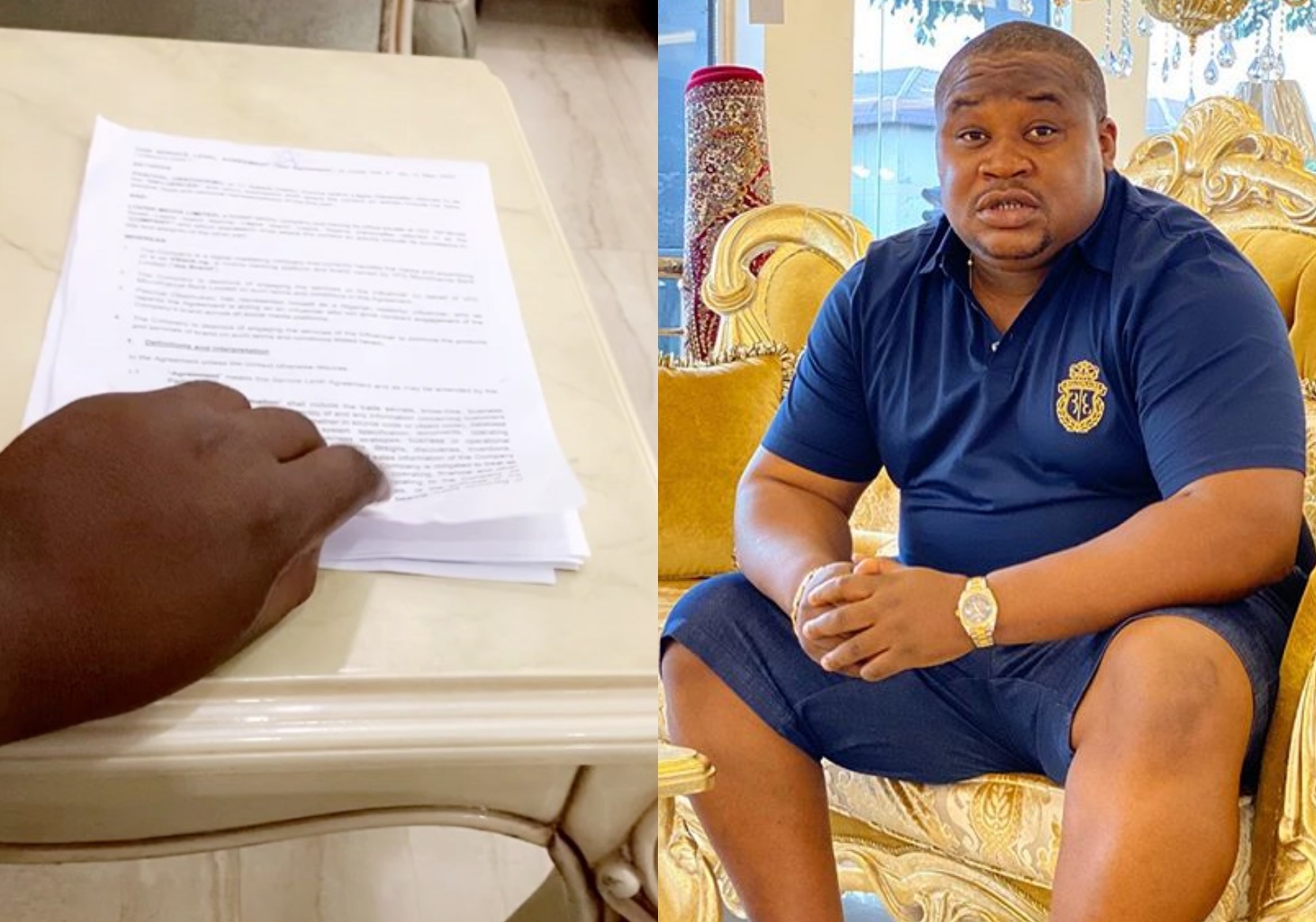 another big endorsement deal that will surely have an impact on his bank account balance.

media have played a great impact in his career.

E No Easy To Bag💰 Up For Covid🦠 Big Congratulations 🍾 To Me, It’s A Huge One☝️!!!! Indeed Givers Never Lack….Aswear !!!! No Place Like Lagos🇳🇬 #CubanaChiefPriest🔑 #CelebrityBarMan🌟

social media as he was spending lavishly on them during the lockdown period.

It won’t be surprising if the popular show promoter decides to surprise his fans and followers by doing some giveaways to celebrate the new deal.

Have you seen Nancy Isime’s ‘sexy’ message against xenophobic attacks on Nigerians?