Home Entertainment “Davido is a clout chaser, he’s not helping Cynthia Morgan because he...

A Nigerian lady on micro blogging site, Twitter has react to the latest news of Davido trying to revive Cynthia Morgan’s career. 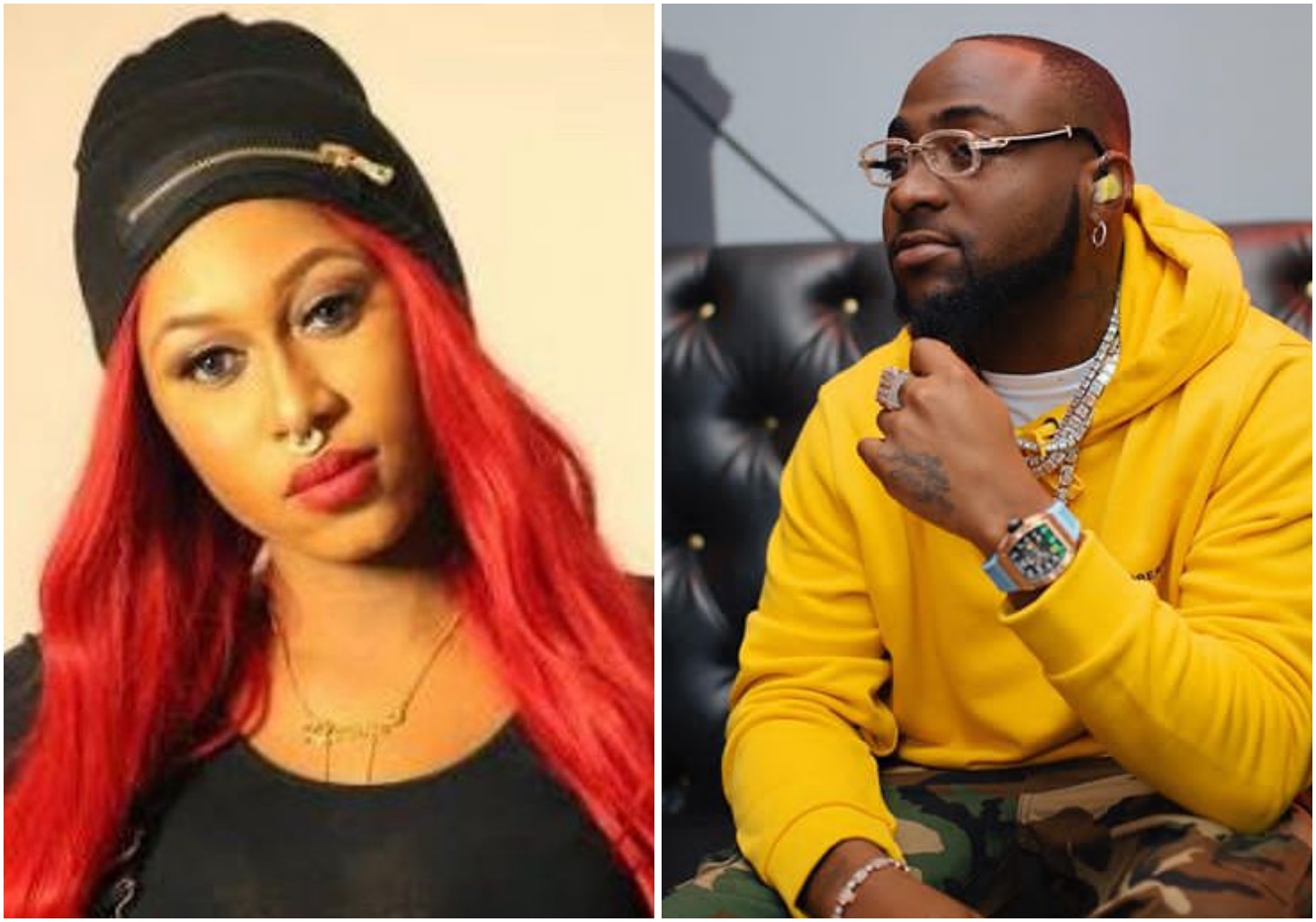 However, Davido showed his support to the reggae dancehall singer by asking her to

call him so they can do a hit single together with rumour having it that he might be signing her to his record label.

currently in the limelight.

According to the female fans, Davido does not really care but showing the world he

this is the main reason why he’s helping Cynthia Morgan. 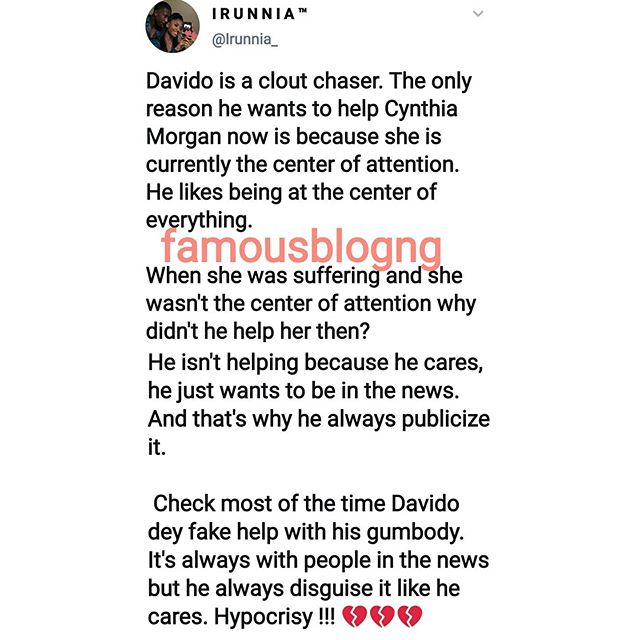 tell the world that he will be helping Cynthia Morgan.

According to the fans, Davido should have messaged her privately and help her

instead of asking her to call him so they can collaborate together on a hit single.

However, Davido slammed the fans for saying such statement about his personality.

#WCW: How to Style your Blue Jean Like a Fashion Pro (photos)

“Some artistes smoke in my studio before recording their music”- Posigee