Home Entertainment Davido throws weight behind Wizkid, admits he is a legend by replying...

Talk of supporting each other in the Nigerian music industry and one example that comes up is Nigerian BET award winner, Davido. 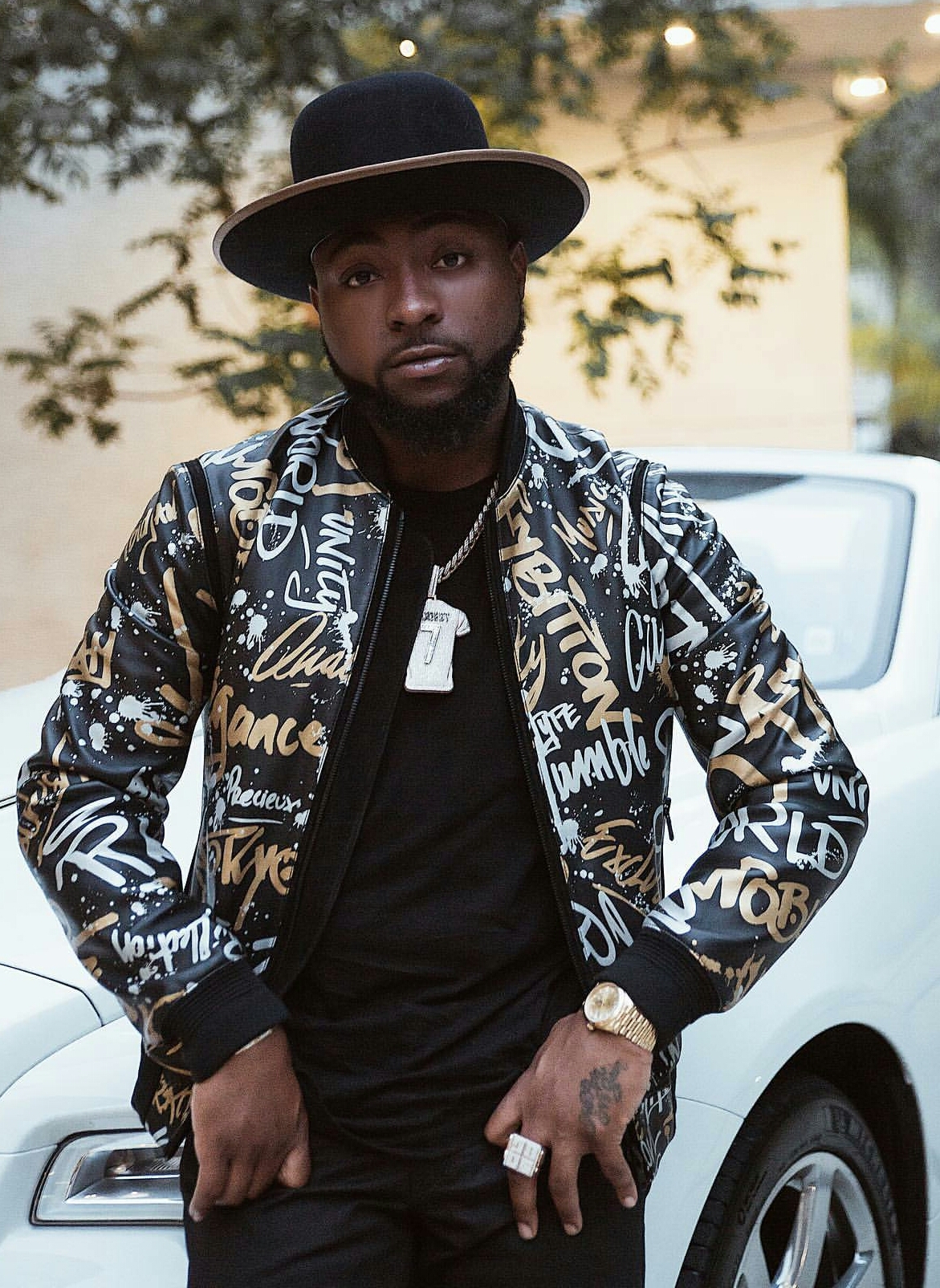 Davido has shown his support to fellow Nigerian singer,  Wizkid by stating emphatically that Wizkid is a legend. 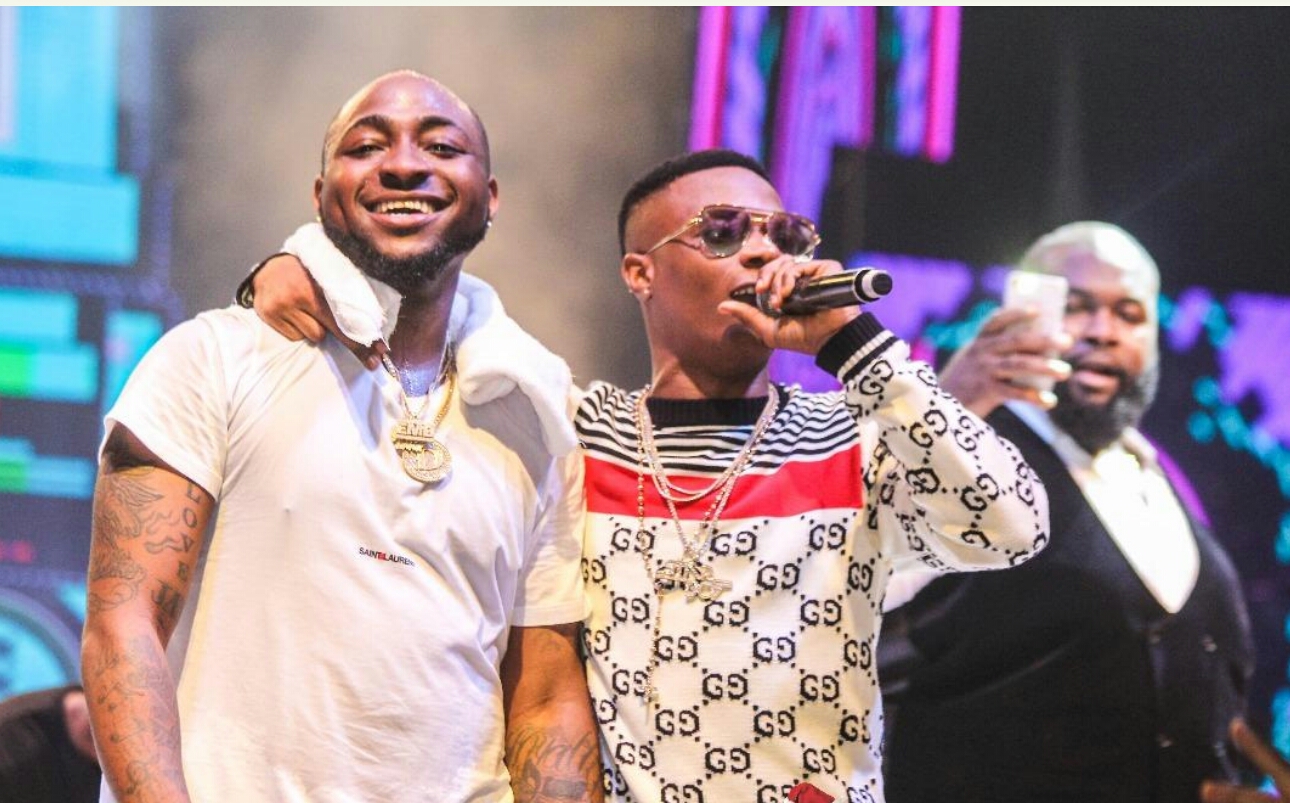 It all began when the “blow my mind” crooner shared a tweet took to reveal that he co-wrote one of the songs in his coming album with Adekunle Gold. Some twitter users  however expressed their unbelief because Davido had in recent times been criticed for not writing his owm songs.

Futhermore, a twitter user in commenting on Davido’s tweet stated that Gobe, one of Davido’s past hit songs was not written by him but held the video that Adekunle Gold wrote the song for him.

In a quick rebuttal, the “If” hitmaker stated that the FC people have gone angry.

In addition, another user suggested that Davido  should have been be bold enough to mention Wizkid FC.

Davido therefore found it disrespectful to use Wizkid’s name for such jokes and declared that Wizkid  was a legend.
The “skelewu” hitmaker added that the Starboy he knows would not be associating with mad people like the twitter follower. 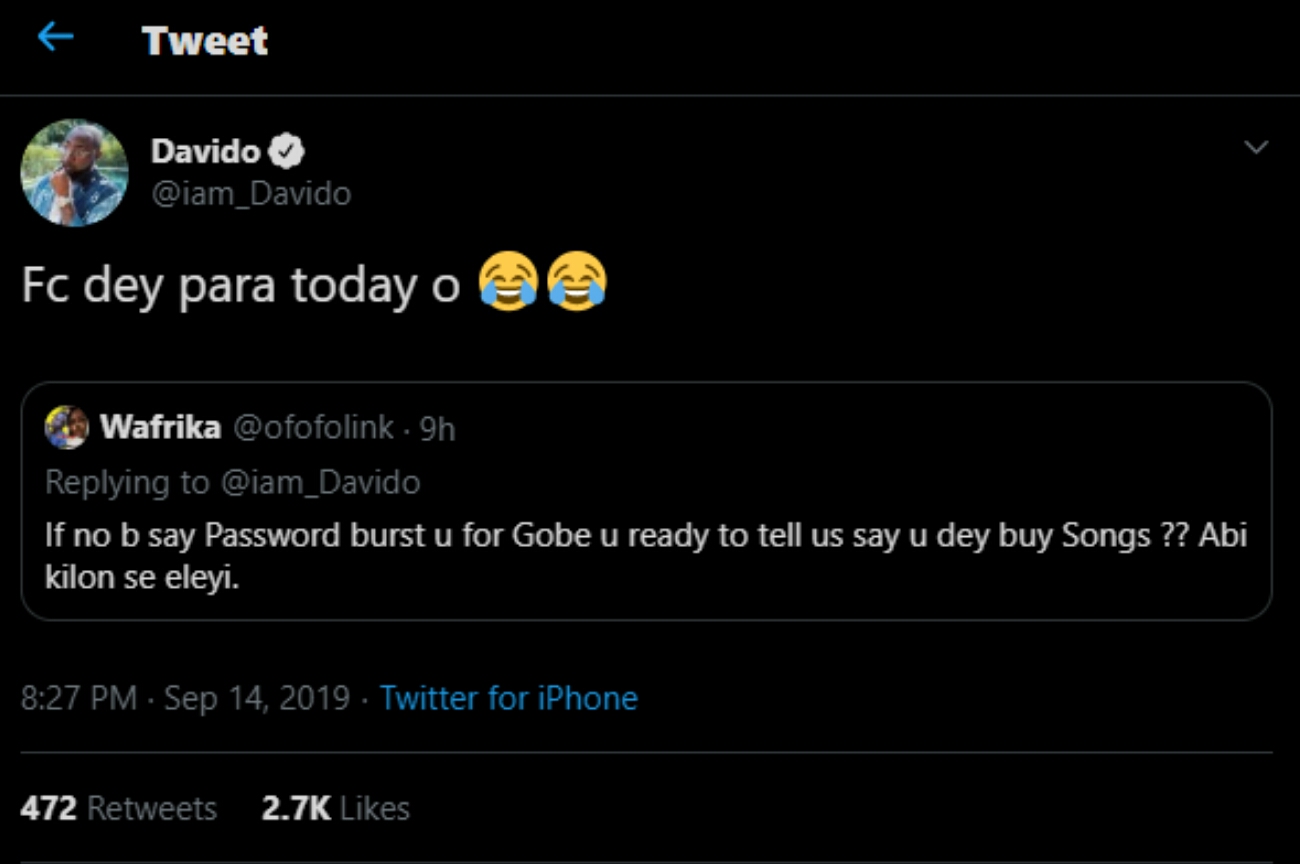 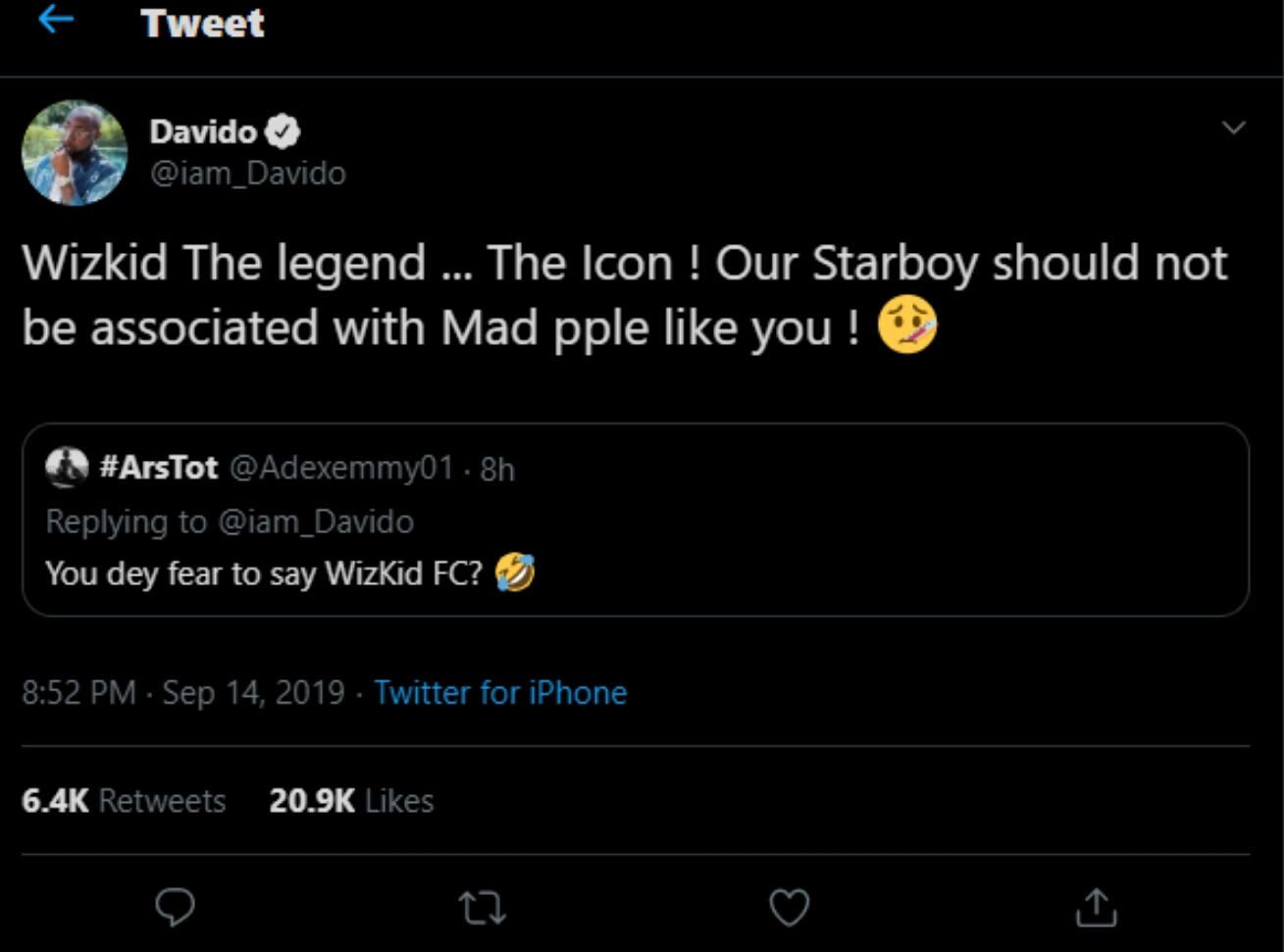