Home Entertainment “Do cosmetic surgery cause life is too” short – Toke Makinwa advise...

Vlogger and model, Toke Makinwa has advised her female fans to do cosmetic surgery noting that life is short.

media gave them another master piece to think about.

fans over the world on cosmetic surgery.

With some section of the fans believing that surgeries are not good on their body,

Toke Makinwa stated that the surgery is needed as no one is perfect.

She added by stating that should make a stand on the issue as quickly as possible noting that life is short and see things are needed to be done as quick as possible. 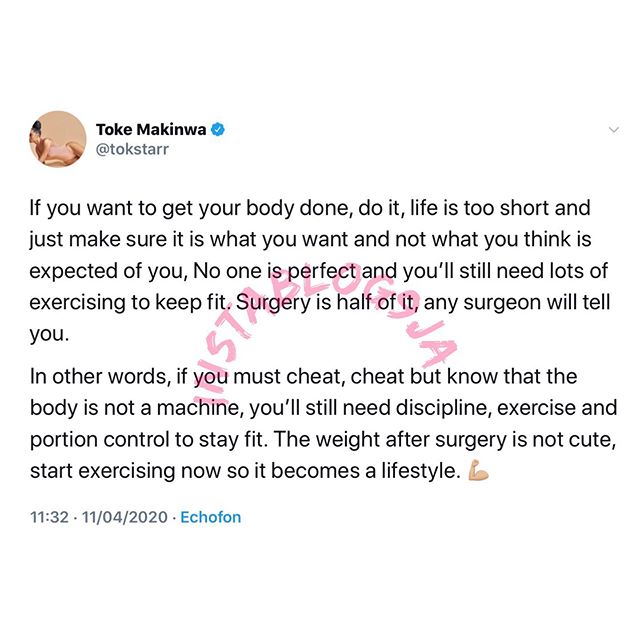 Meanwhile, The United States of America on Friday, became the first country in the

world to record 2,000 deaths in 24 hours making it the deadliest day from the

Coronavirus pandemic any country has so far seen.

In a dark day for the country’s health sector, the total number of Americans

New York made up almost half of the total death toll across the US and accounted for about a third of all deaths with over 7,000 deaths already in the state.

I paid 6 million for a flight to Dubai just to go and take pictures – Media Personality, Bobrisky reveals