Self-acclaimed investigative journalists, Kemi Olunloyo habe issued a stern warning to her fans and followers on social media on how they should address her.

and update on any trending issue.

followers as but that has not stopped her from dishing out what she knows how to do best.

In a bid to restore order on her page, Kemi Olunloyo have now asked fans fans to stop

addressing her as mummy as she noted that she’s not one.

addressed her as mummy, calling her such name is a disrespect to her children who

is Kemi Olunloyo and should be addressed as that so as for peace to reign.

engaged in a heated exchange with some SARS officials.

treated the case with the officials as they hope she can use the energy in digging out more truth about the situation of the country. 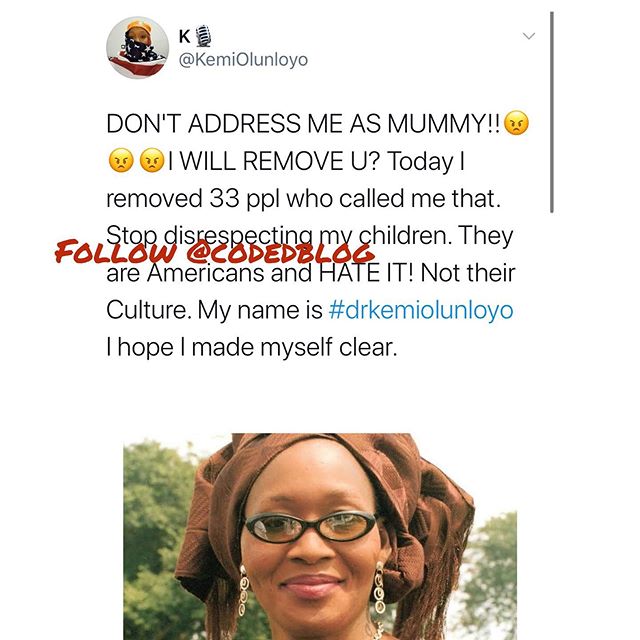