Nollywood actress, Dayo Amusa has offered a piece of advise to EndSars protesters around the country over the recent attacks experienced from the hands of ProSars protesters. 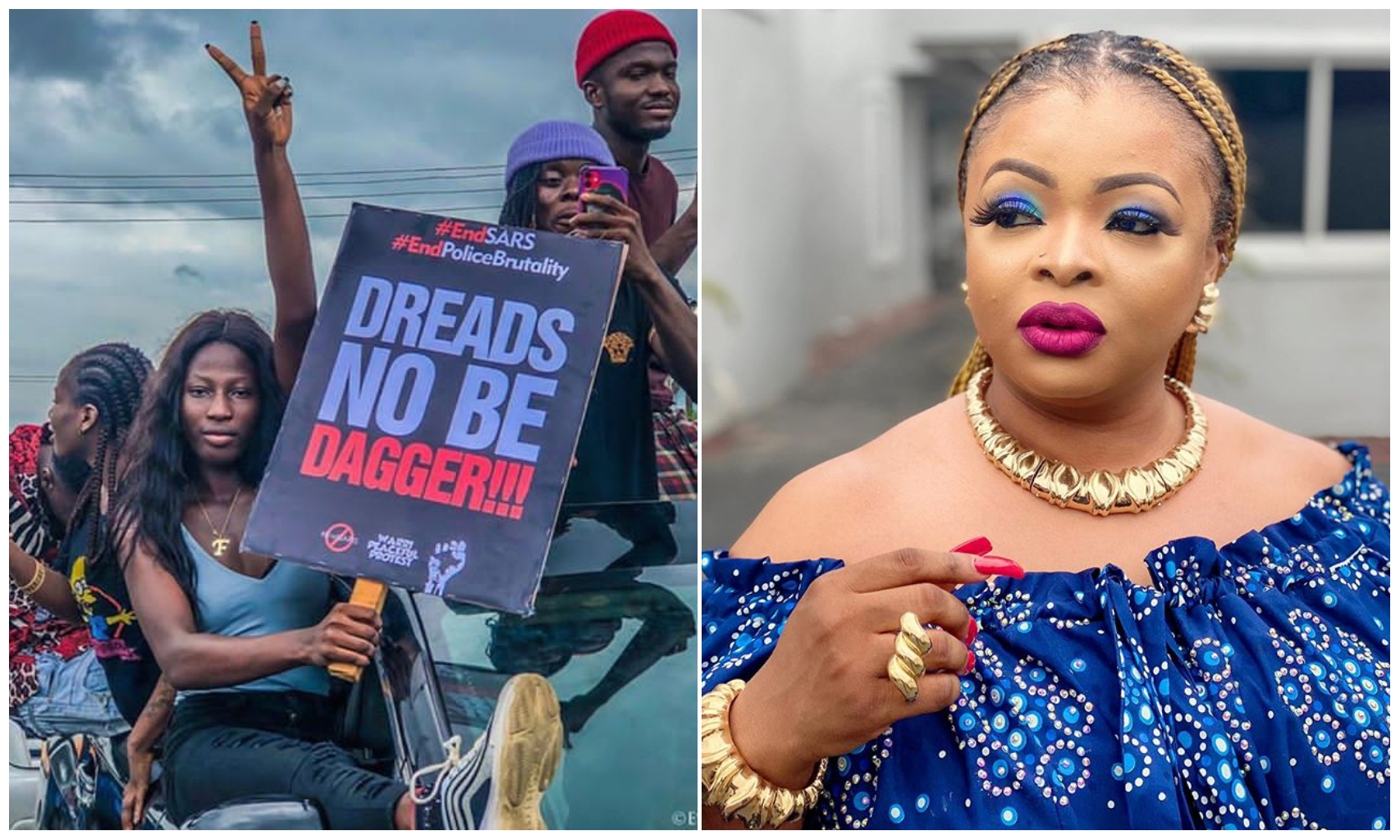 With Nigerian youths still protesting for the end in police brutality in the country,

some set of ProSars protesters have been spotted attacking some EndSars

protesters at their protest ground with many sustaining injury.

Just yesterday, video footage of some ProSars protesters attacking some

Some ProSars protesters have been accused of carrying some harmful object

across states in the past four days.

not to engage in any fight with the ProSars protesters.

Don’t fight the armed thugs, if you can move to a different protest venue, do that. What they want is a violent brawl, to use as an excuse for military intervention. #EndPoliceBrutalityinNigeria #EndSWAT #EndSARS 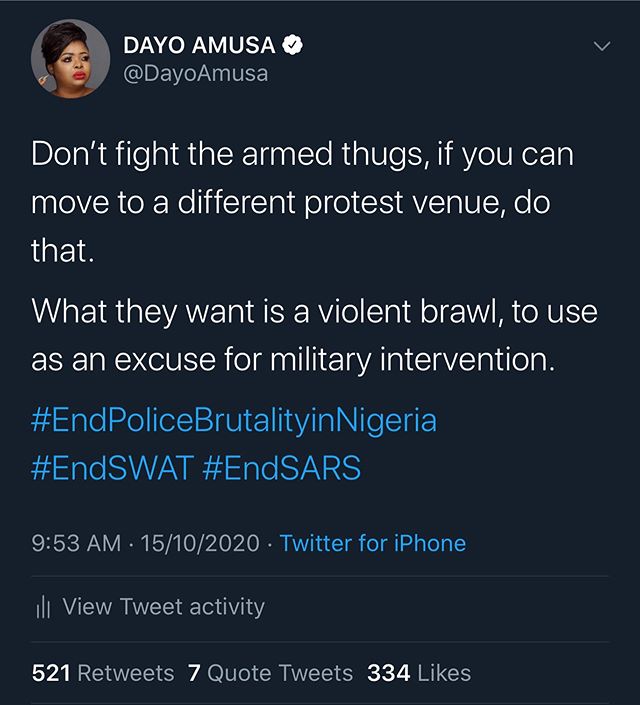 Dwayne ‘The Rock’ Johnson says ‘Ballers 5’ will be the end