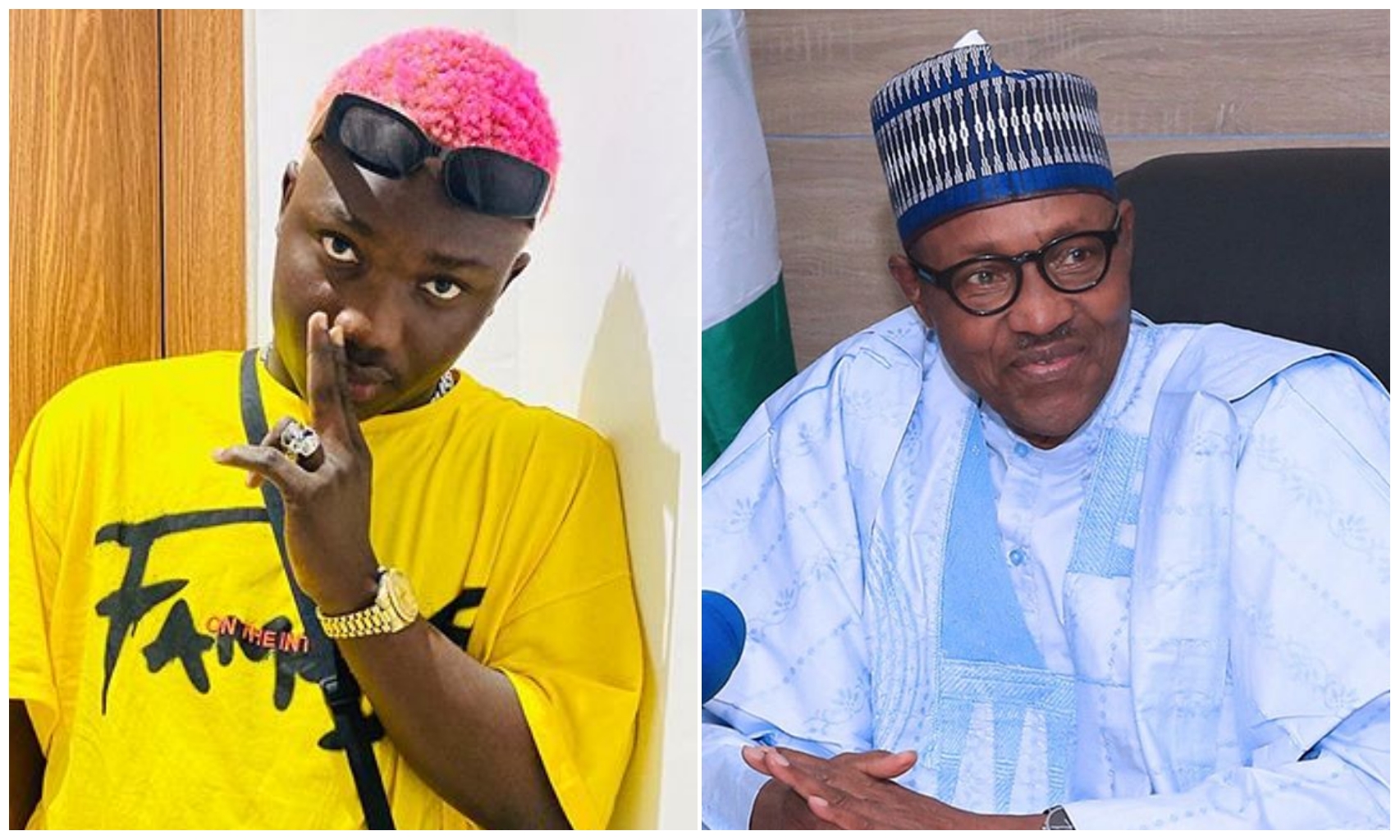 against all sort of police brutality in the country.

Social media have also played a huge role in the fight as top personalities who.have

thoughts on the internet.

President Muhammadu Buhari have been called out on numerous occasions by

different personalities and it seems the number citizen have heard enough of this.

Fast rising singer, Hotkid some minutes ago took to his official Instagram page to

labelled him an old man as he lamented about the situation of things in the country.

away from the county.

who advised him to face his career.

Hotkid was however surprised when he was blocked by the President as he shared screenshots of his conversation.

See the screenshots below: