Celebrated Nigerian singer, Duncan Mighty appears not to be taking the xenophobic attacks on Nigerians in South Africa lightly at all. 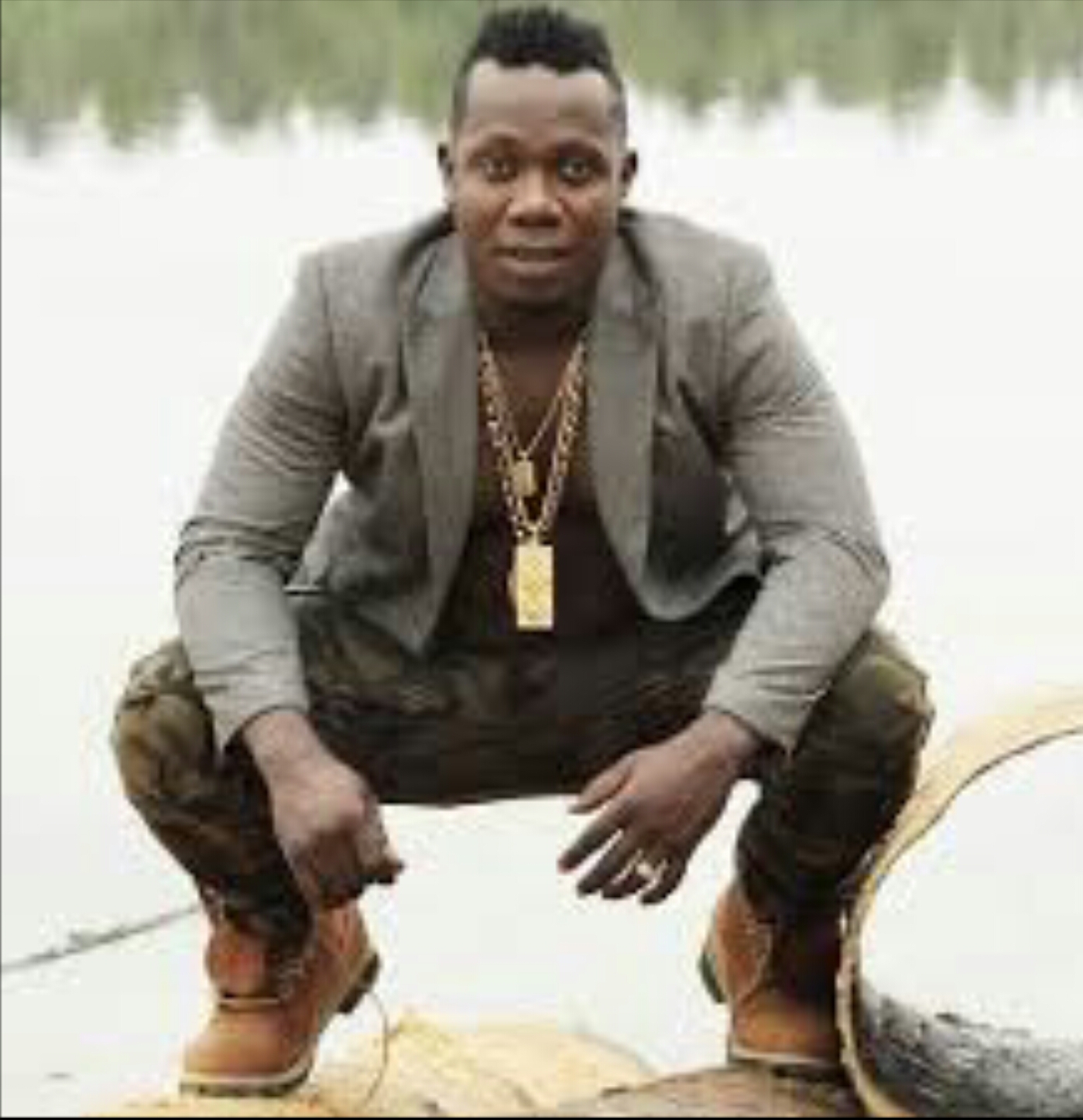 The “Obianuju” hitmaker has disclosed that he has terminated the contract of his manager who’s a South African and also  threatened to shoot his tenant who’s also a South African on his return to Port Harcourt.

The Port Harcourt based artiste appears to be exploding with rage because a friend of his lost his life due to the ongoing attacks on Nigerians in South Africa.

Duncan Mighty revealed this while performing on a stage abroad and also posted his next line of action via his social media page. 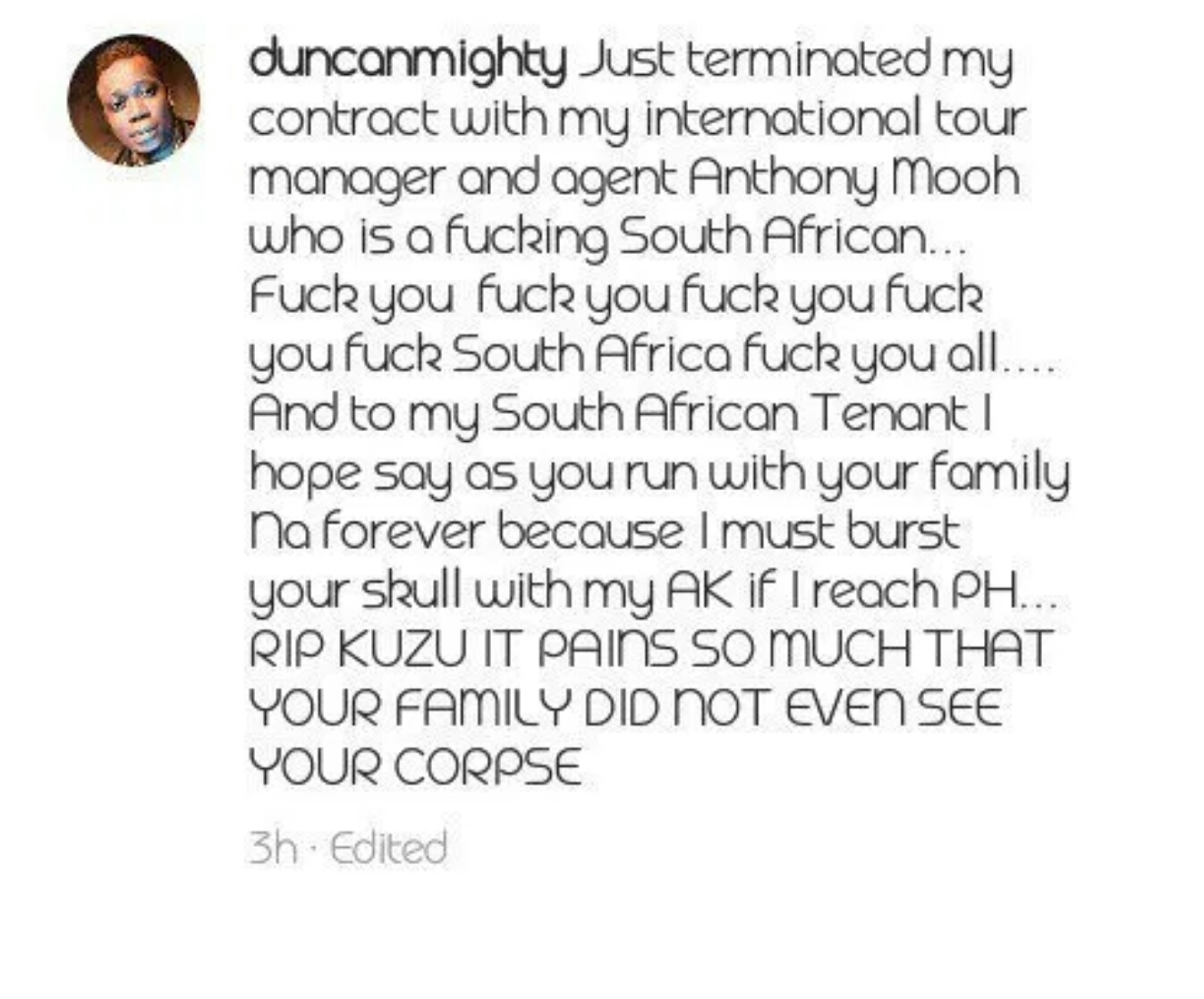 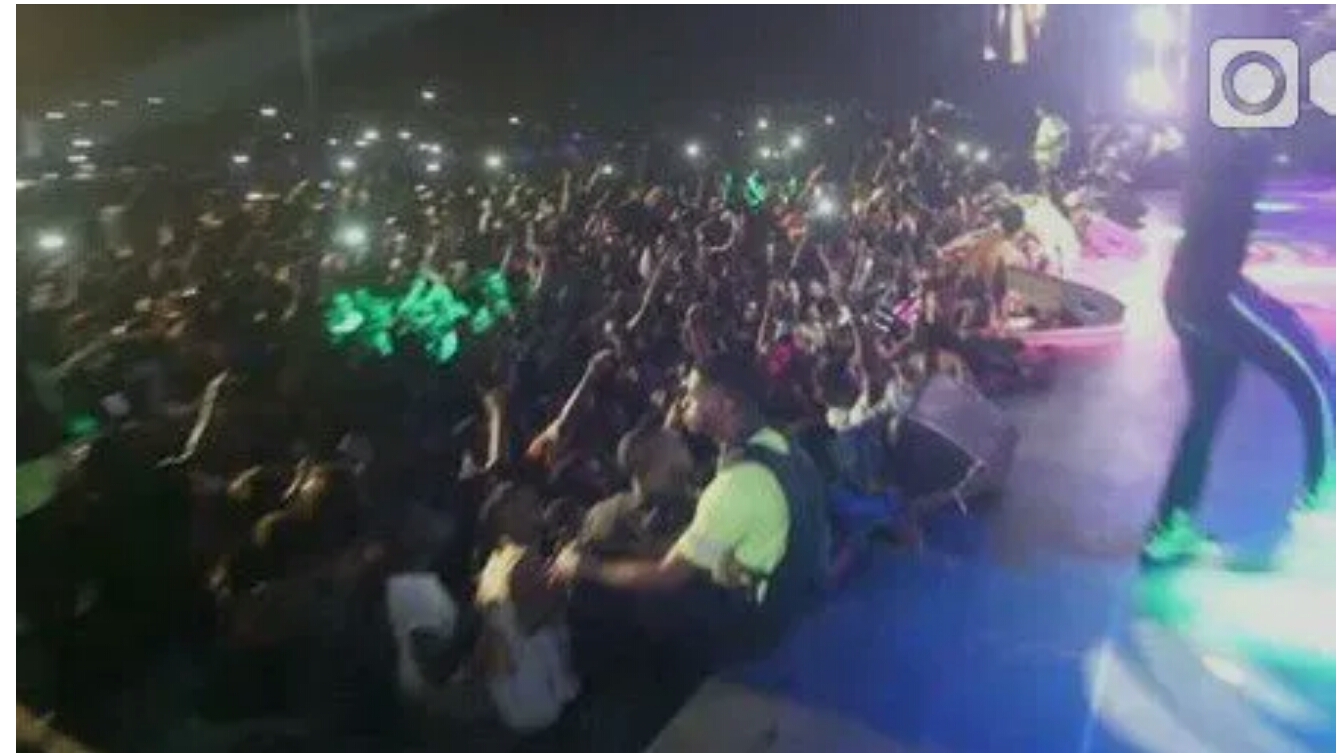