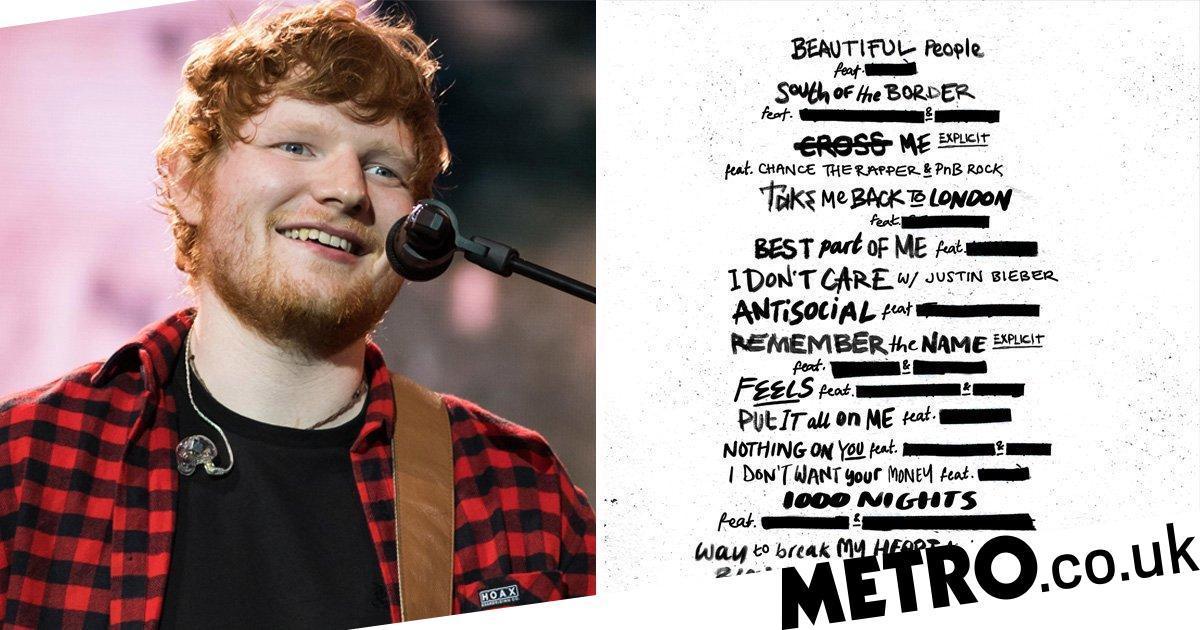 Originally blacked out on the track title announcement, Sheeran finally revealed who he’s collaborating with on No. 6.

Ed Sheeran announced earlier this year he is releasing a brand new EP, entitled ‘No.6 Collaborations Project’ and it’s an album full of incredible collaborations with some huge artists involved.

Here is the official track listing, plus the collaborators: “Beautiful People” with Khalid; “South of the Border” with Cardi B and Camilla Cabello; Chance the Rapper and PnB Rick on “Cross Me”; “Take Me Back to London” with Stormzy; “Best Part of Me” featuring Yebba; “I Don’t Care” with Justin Bieber; Travis Scott on “Antisocial”; “Remember the Name” featuring 50 Cent and Eminem; “Feels” featuring Young Thug and J Hus; “Put It All on Me” with Ella Mai; “Nothing on You” featuring Paulo Londra and Dave; “I Don’t Want Your Money” with H.E.R.; “1000 Nights” featuring Meek Mill and a Boogie Wit Da Hoodie; “Way to Break My Heart” with Skrillex; and “Blow” with Bruno Mars and Chris Stapleton. It’s … a lot. No.6 Collaborations Project is currently available.

After the release of the album, and it quickly received rave reviews, with even his close friend Taylor Swift describing it as “full of bops and instant classics”.

#BBNaija: Mike has now turned alien, no thanks to Big Brother Naija