Big Brother Naija reality star, Bisola have advised protesters of the ongoing EndSars movement not to lose focus and turn the protest ground to carnival. 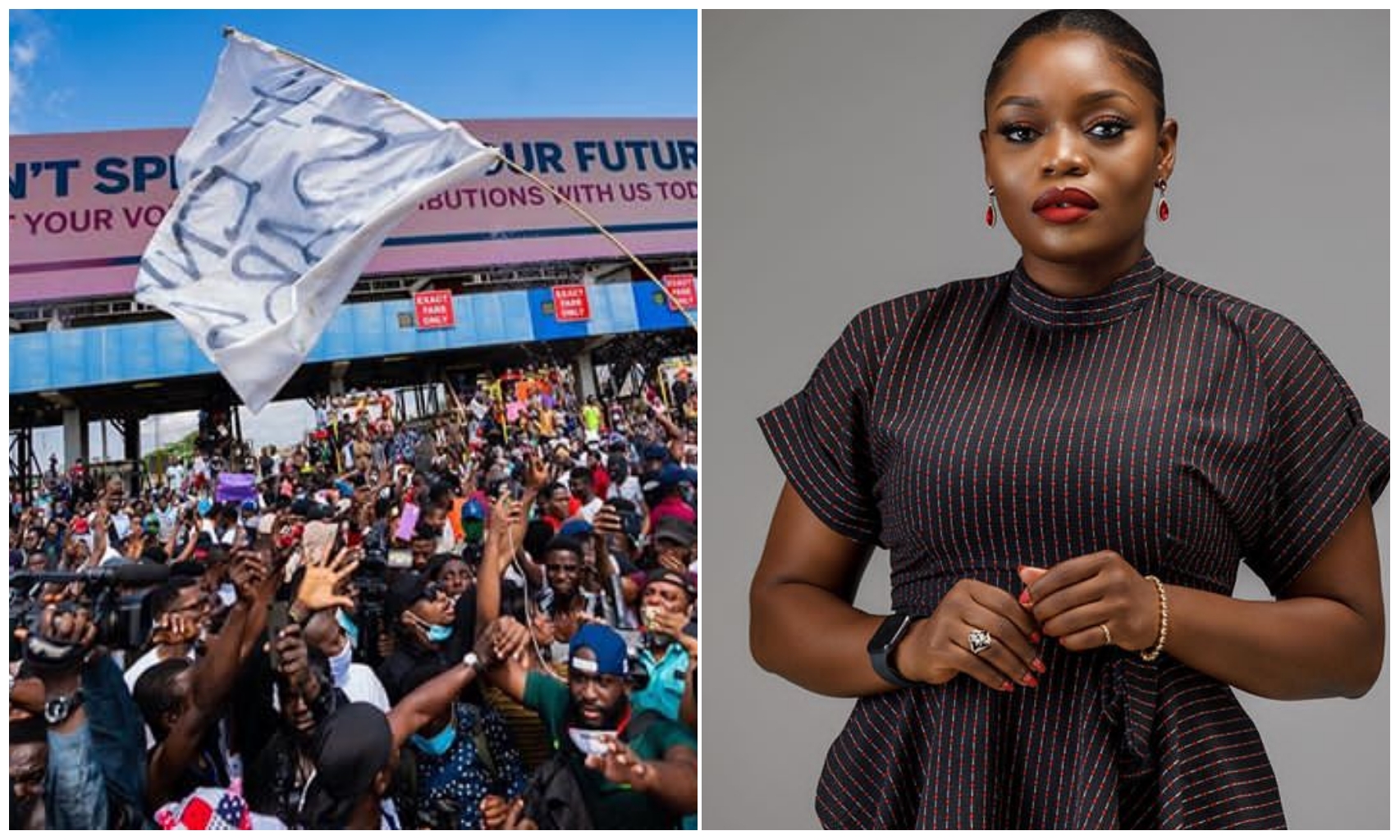 fighting for their right.

been giving out free food and drinks for the past few weeks, a move that showed

how dedicated they are to the fight against injustice.

READ
EndSars: BBNaija's Khafi breaks down in tears as she reacts to Pres. Buhari speech (Video)

the original plan they have for government.

study have however issued a sterning warning to protesters.

and not turn the protests to carnival.

She noted that though youths love to party, but they should not forget those who have

income have been halted.

protesters as she noted that what we all want is Nigeria to be a place where everyone would love to be including the next generation. 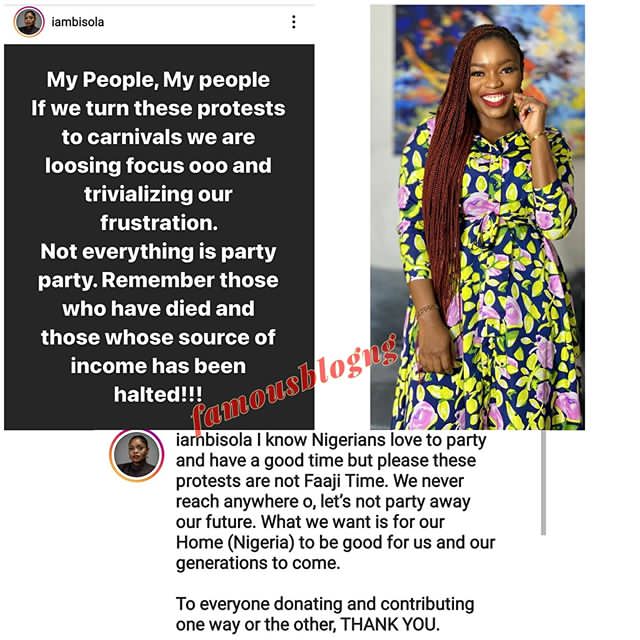 Full list of winners at the Ghana Entertainment Awards USA