Manchester United forward, Marcus Rashford have lend his support towards the abolishment of Special Anti-Robbery Squad popularly known as SARS in Nigeria. 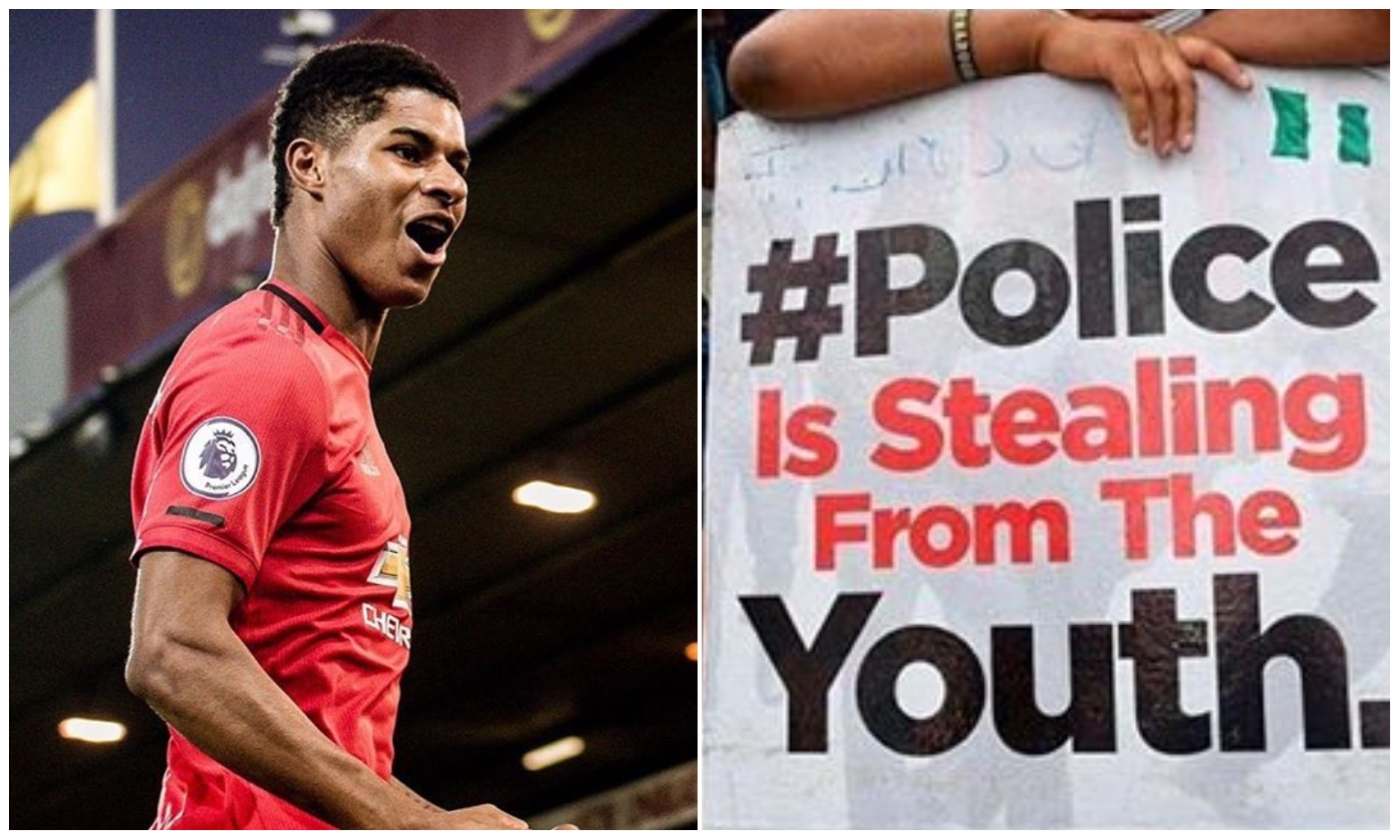 members of the SARS, a department under the police force.

SARS operatives have been accused of committing many atrocities which includes

souls in the country.

With hashtag EndSars being created on social media, Nigerians plea have been

in asking for the abolishment of the force.

Marcus Rashford have now joined the likes of Chelsea striker, Tammy Abraham who

has a Nigerian origin in protesting against the EndSars movement.

frustration by a short message which says,

“My thoughts and prayers with all those affected ??” 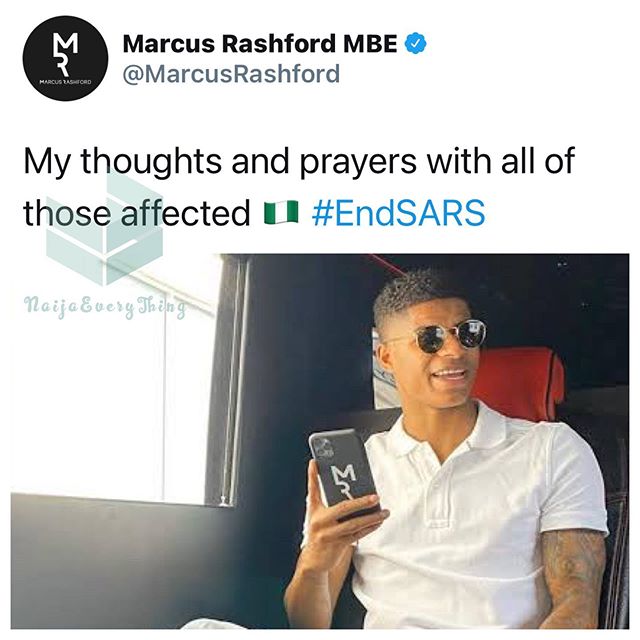 Marcus Rashford have grown popular in recent days for fighting for the helpless as he was instrumental in helping the less privileged during the pandemic lockdown in United Kingdom.