In the past 72 hours, many Nigerian celebrities have lent their voices to the campaign for the total dissolution of the police unit. 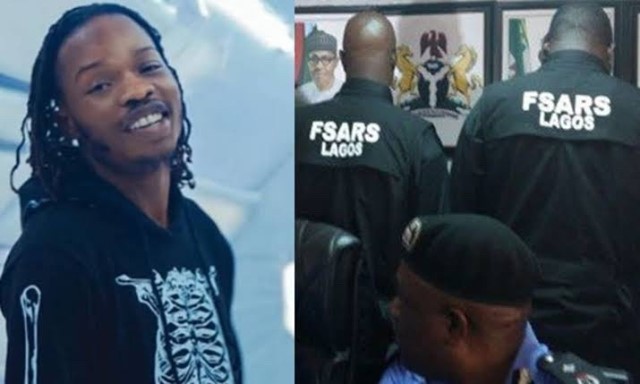 The minister of Youths and Sports development, Sunday Dare, on Monday

protest the excesses of the Special Anti-Robbery Squad (SARS).

In the past 72 hours, many Nigerian celebrities have lent their voices to the

campaign for the total dissolution of the police unit.

This is owing to reported cases of extra-judicial killings, extortion, harassment and

other vices perpetrated by the operatives.

Following the agitations on social media, the Inspector General of Police,

Mohammed Adamu, banned some police units, including SARS from operating

Meanwhile, Nigerians seem to be unsatisfied with the ban because similar

restrictions and the disbandment of the police unit announced before Sunday

have not been implemented.

Naira Marley, during an Instagram live session on his official handle on Monday,

opposed calls to disband SARS. Instead, he called for a protest.

The 26-year-old argued that ending SARS is not the problem just because of a ‘‘few bad eggs’’.

“You need to stop the shooting, it’s not about ending SARS. Like to be honest, there are actually a lot of SARS that are actually doing their work. Not all police are bad.”

On Monday evening, he announced that the protest will start from 9:00 a.m. on Tuesday.

“So 9am tomorrow we move. 2nd toll gate

Reacting to this the minister of youths amd sport, Sunday Dare tweeted;

I urge you and other youth not to embark upon any protest. Your grievances are being addressed at the highest level of government. As the Minister in charge of youth I know this is an issue that must be tackled. Government is doing just that.

#BBNaija: I’ll be looking out for Erica with everything I have – Laycon (Video)