Home Entertainment Father DMW relationship with Evss in jeopardy as Tariq is revealed as...

Nigerian comedian, Father DMW relationship with Evss in jeopardy as her hidden boyfriend is revealed as Tariq.

With their relationship on Instagram one every celebrity would have dreamed of,

end up falling in love with one another.

However, their fairytale relationship seems to be fading as the hidden boyfriend of Evss has been identified as Tariq.

In the pictures that surfaced online, Eva and Tariq were all loved up as they seems

to be enjoying the best that love has to offer.

See pictures of Evss an Tariq below: 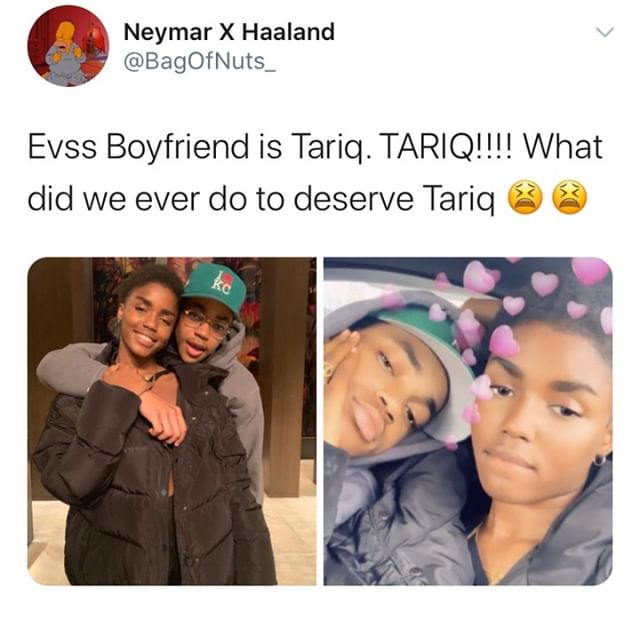 Father DMW relationship with Evss has become fans favorite in recent days as the isolation period has turned them into best friends.

during one of their conversation when she

noted that she’s currently in a relationship.

The statement made Father DMW weep as it seems he was about shooting his shot which so many fans will hope he eventually do.

It’s left to see whether Father DMW will summon courage by asking Evss out despite that a picture of her boyfriend has surfaced.

A female fans has also predicted that the comedian and british model will end up falling in love with one another and all fingers are crossed whether her prediction will come to pass.