Home Entertainment Father of The Lady In Leaked Babcock Sex Tape Is a Pastor...

Social Media was on fire yesterday when a student of Babcock University released a sex tape of himself with another lady said to be of 300 level at the school.

With the scandal gaining more interest every seconds, information about the two students keep occurring.

In a new twist, details about the family background of the lady who is known as Joy has been revealed by a Twitter user who claimed that her father is a pastor in their Church.

According to the Twitter user, Joy’s father is said to be one Pastor Olumide of Calvary Church, a church he claims he attends.

See screenshot of his chat below: 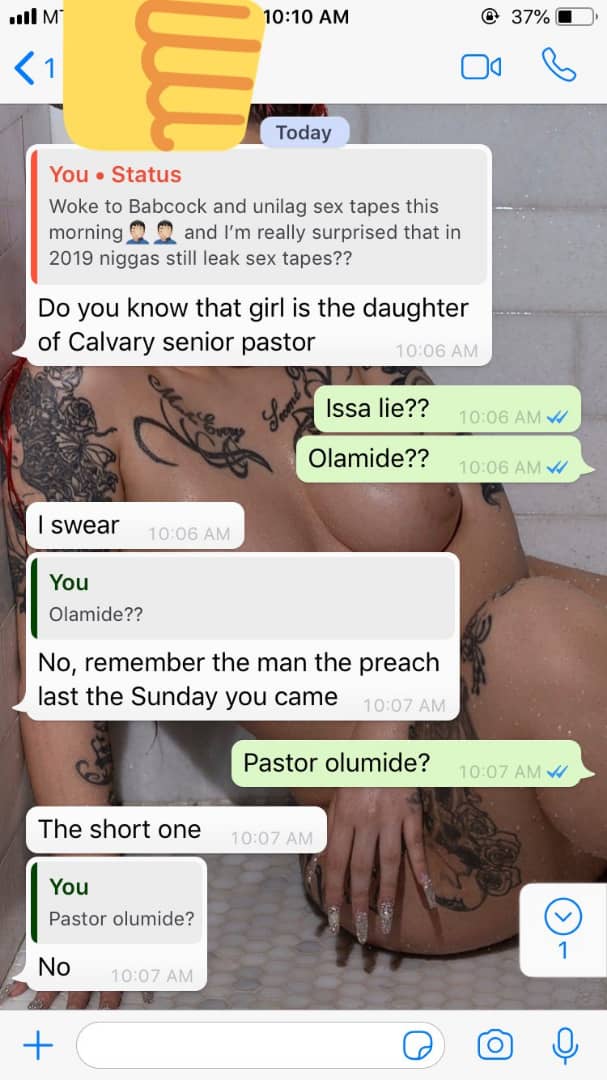 Violette Johnson - August 21, 2019 0
France international, Frank Ribery has ended his stay at Bayern Munich as he has officially made a move to Italian side, Fiorentina. The Italian club...

James Antwi - August 5, 2019 0
We could recount some days back when Nigerian Super Footballer Ahmed Musa, celebrated his son as he clocked a year old. It seems the...

“I go leave IG for una” – Slimcase reveal plans to quit IG over...

Adedokun Moses - April 22, 2020 0
Indigeneous singer and rapper, Slimcase has revealed his plans to quit IG over the criticism he's receiving from celebrities on his live show. Recall that...

Olumide Oluwaseyi - October 19, 2019 0
Its no longer news that the biggest artist in Africa for now , is still Wizkid and if you all like you can consult...