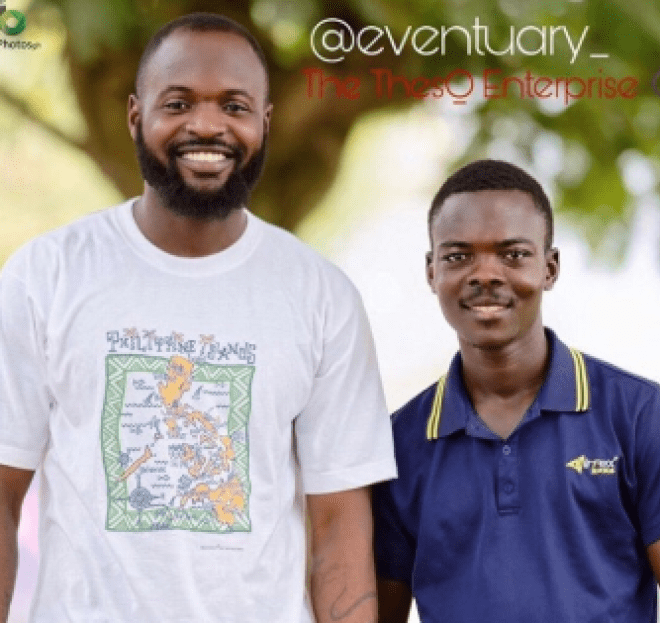 Theophilus Arthur aka Theo Wade, who’s relationship with the popular comedian has gone sour disclosed in an interview that the organizers of the show did not pay make any form of payments or  whatsoever for Mr.Eventuary’s  performance in Nigeria.

The former manager added that the organizers of the show only paid for their hotel and flight expenses.

Meanwhile, the estranged manager refused to comment on the bitter state of his relationship between the comedian due to the terms in their non-disclosure agreement stated in their contract.

Theo Wade further explained that he played no role in the deletion of pictures from Mr. Eventuarry’s Instagram account, emphasizing  stating that he handed over everything relating to his social media to him when they parted ways.

Mr. Eventuarry is a Ghanaian comedian and a taxi driver in Takoradi, Ghana who  became the latest social media sensation when a video of him laughing in a very interesting way and saying “eventuarry” instead of eventually went viral.