The Kum y3n pr3ko demonstration being organised by the Coalition for Social Justice is currently underway in Accra. 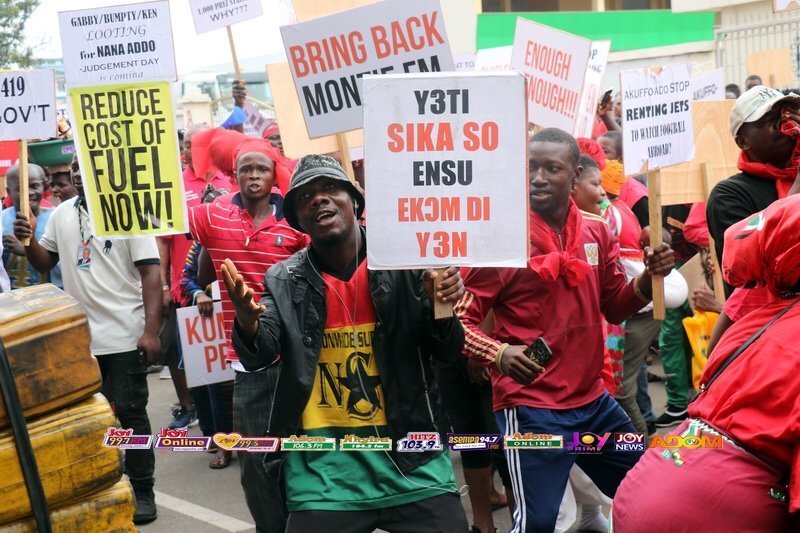 “The crowd is mammoth, you cannot even get a place to put your legs,” Sefanam report from the grounds.

On Monday, former President John Mahama declared his support for the March on Facebook.

I Only Think About Girls When Writing Songs-Kuami Eugene

James Antwi - August 14, 2019 0
Every musician in the world write their songs based specific storyline.Some maybe about life experience, love or personal life issues.Music with deep stories are...

I will Block you if you beg for anybody – Tonto Dikeh warns Bestie...

Olumide Oluwaseyi - October 21, 2019 0
Nollywood most controversial actress,Tonto Dikeh a while ago took to her Instagram to rant about Instagram page sellers. In her post she call out people...

#BBNAIJA: Hot and Sexy Esther cant get over her look at the AMAA Awards...

Violette Johnson - October 29, 2019 0
Ex BBnaija housemate Esther lighting things up on instagram as she cant get over her black and beautify sexy curve Esther who wore a sexy...

If your transfer is less than 2m, we’re not mates – BBNaija’s Thelma shade...

Adedokun Moses - June 16, 2020 0
Reality star and brand influencer, Thelma has aimed dig at her critics on social media as she note those who should be referred to...