Nollywood actress, Funke Akindele has been called out by one of her former staffs over an alleged physical, emotional and financial abuse. 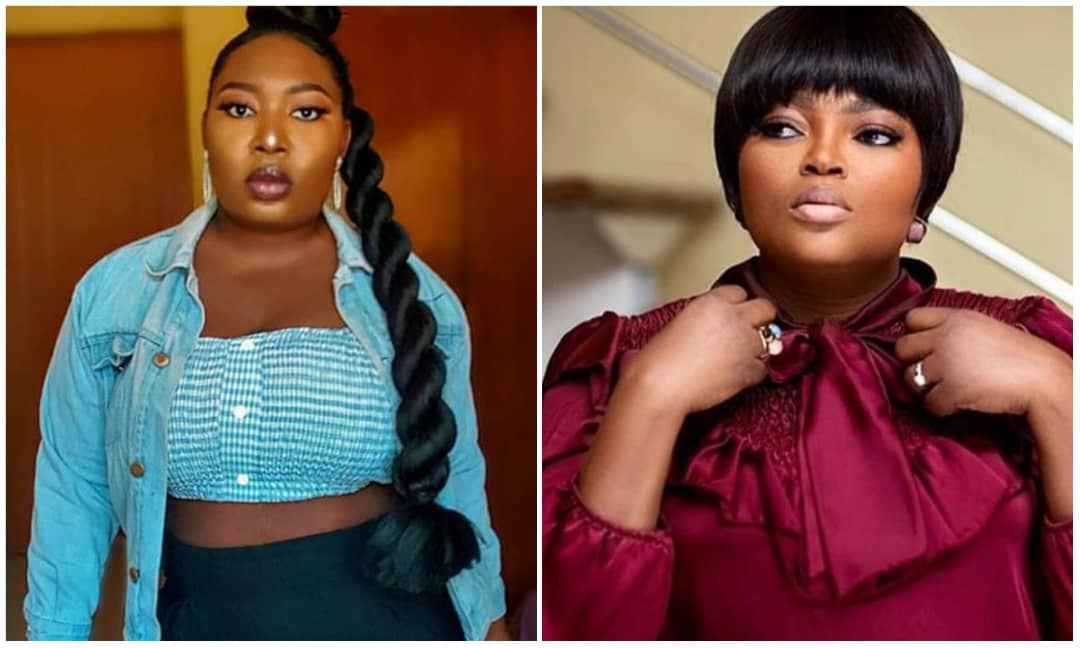 Some top celebrities in the entertainment industry can’t wait for 2020 to end as they’ve been caught up in many dramatic scenes.

the lockdown rules and regulations to host her husband’s birthday party.

With the sexy actress already moving on from the drama, one of her former employee have

dragged her on social media claiming she has abused her.

According to the lady, she was formerly working under the actress but was abused

financially, emotionally and physically during her time with her.

depression she’s experiencing she had to summon courage and speak up.

Watch video of her outcry below: