Ghanaian female singers, Sista Afia and Freda Rhymz created a dramatic scene at the premises of TV3 some hours ago, as they were involved in a fracas following their ongoing beef. 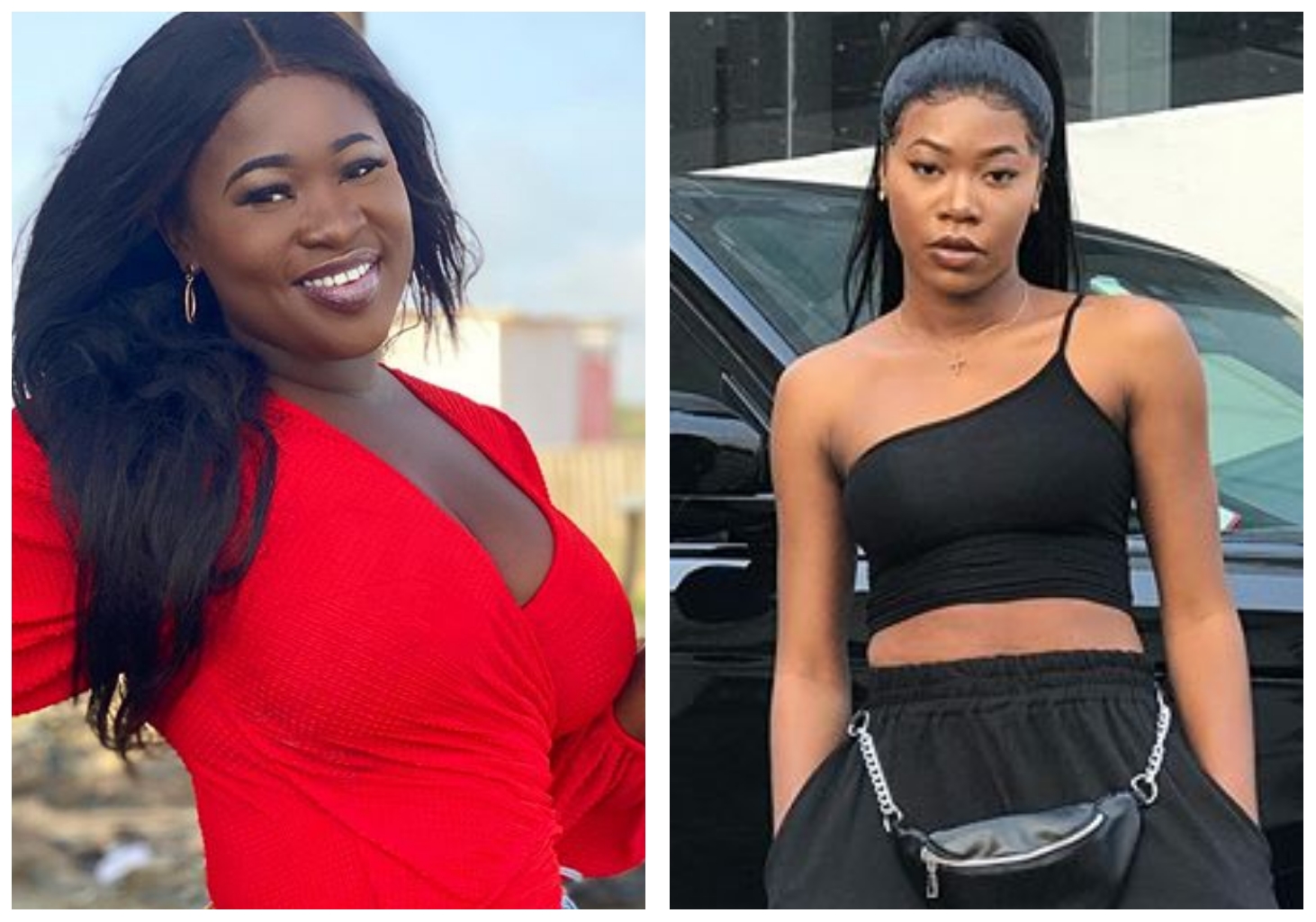 triggered by Sista Afia’s song ‘WMT’, in which she threw jabs at some female

rappers in the Ghanaian music industry.

‘KMT’ and another singer, Eno replying with ‘Rap Goddess’.

Sista Afia fired back at her colleagues with ‘You Got Nerves’, which made Freda Rhymz

Reacting to some claims made in the ‘Point of Correction’ diss song, Sista Afia dared

whenever they meet face to face.

In an interview with 3FM on Saturday May 16, she disclosed that she will beat Freda when they meet.

were seen in a viral video being held back by some persons present at the television station premises.

Sista Afia who was held by two strong men was heard screaming: “say it to my face. If

you are a woman say it to my face”.

She tried to get out of their grips to fight Freda but was stopped.

Freda on the other hand, was dragged into the car by her managers.

Here is the video below;