One of the world’s busiest airports, Hong Kong International Airport has cancelled all departures scheduled for Monday, after thousands of anti-government protesters flooded the terminal and caused disruption. 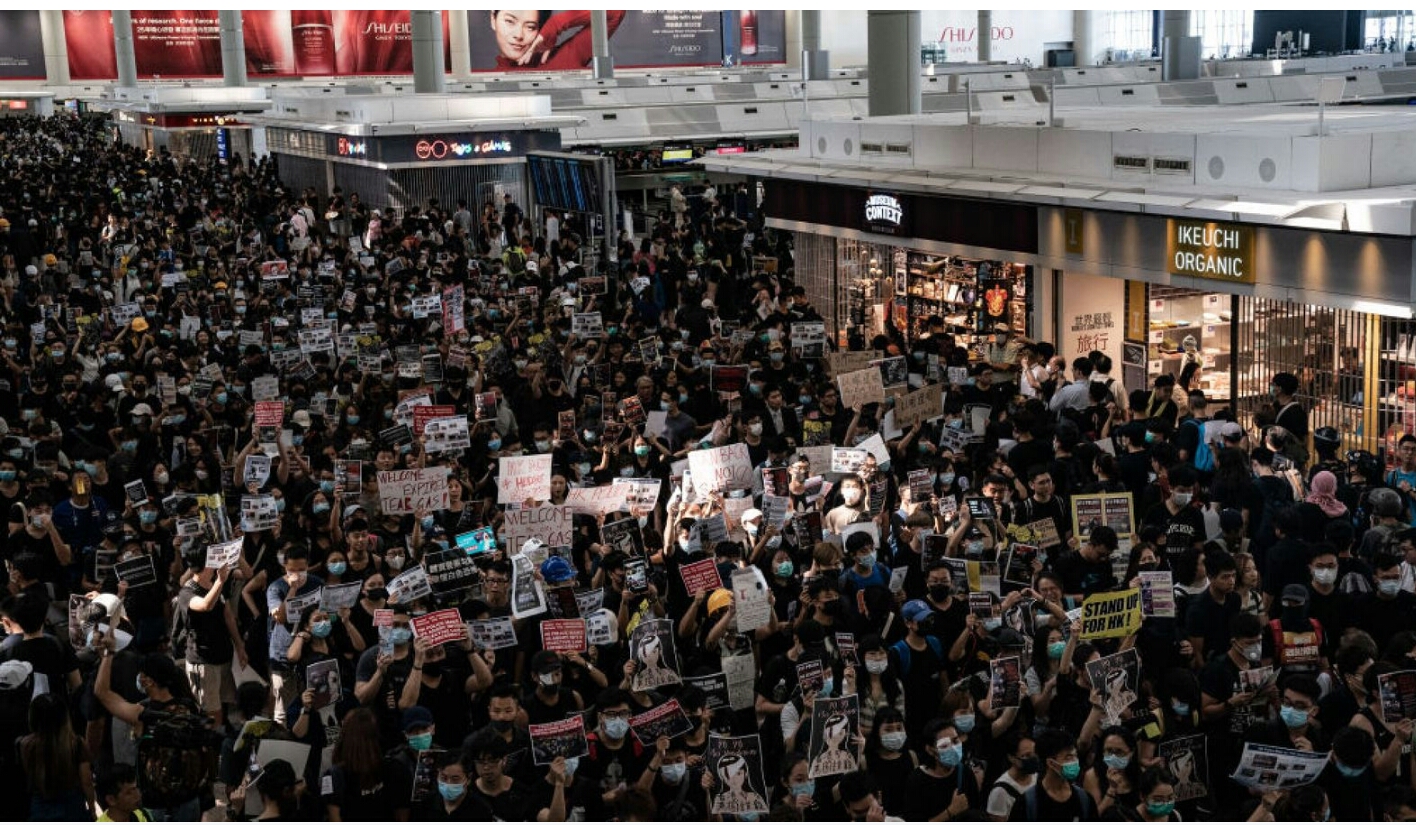 The airport authorities have cautioned passengers not to travel to the airport after pro-democracy protesters thronged the terminal.

It further added that “Other than departure flights that have completed the check-in process and the arrival flights already heading to Hong Kong, all other flights have been cancelled for the rest of today,”

However, authorities at the airport say flights are to  resume at 6am on Tuesday.

Protestors are demonstrating over issues of police brutality, a planned extradition law and a call for more democracy.

According to media reports, protesters were filmed on Sunday firing tear gas and non-lethal ammunition at close range.

In addition, some protesters wore bandages over their eyes in response to images of a woman bleeding heavily from her eye on Sunday, who was allegedly shot by a police projectile. 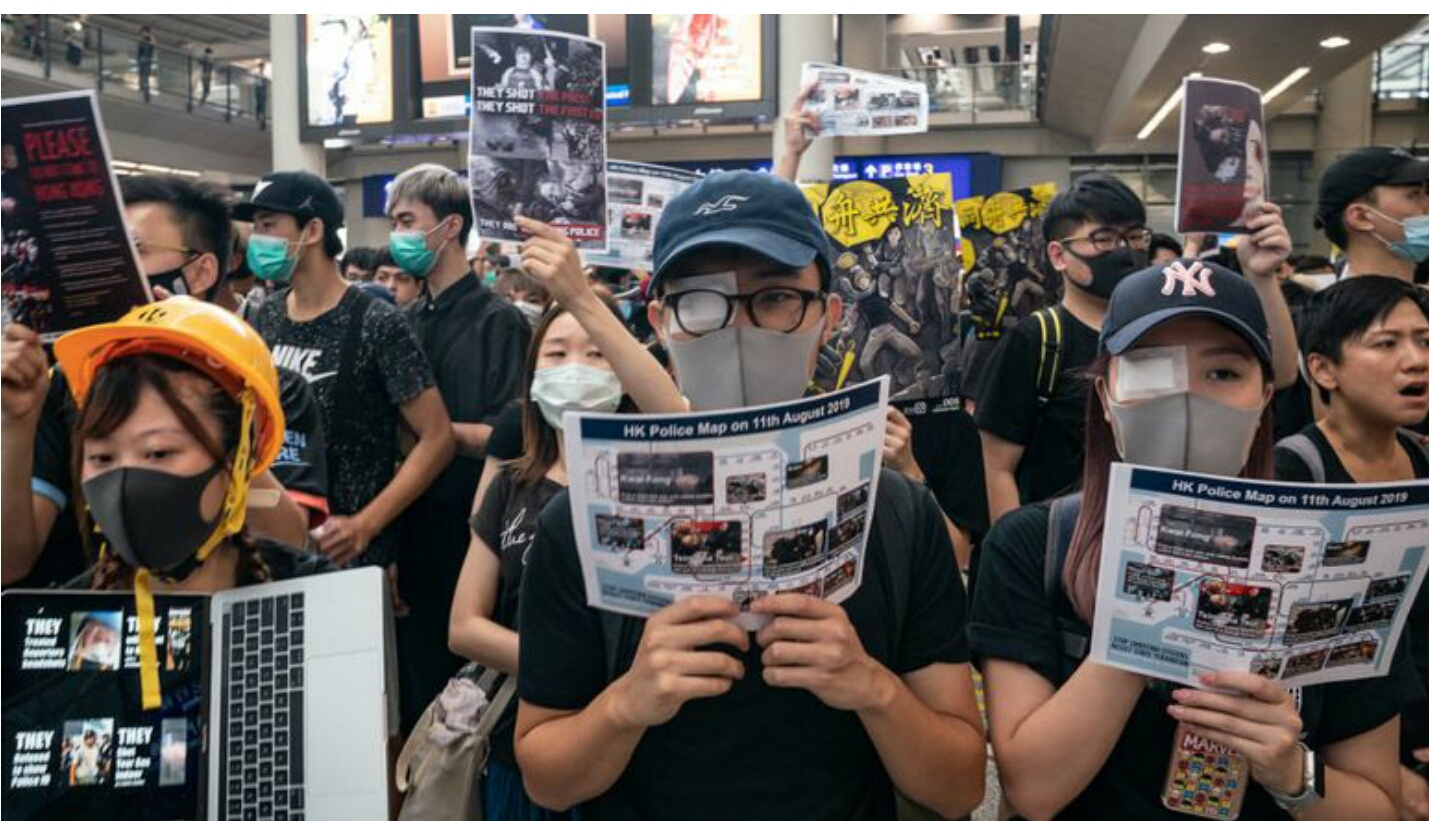 Meanwhile, Hong Kong’s Airport Authority released a statment on Monday afternoon and said that they were cancelling all flights that were not yet checked in.

The airport added that arrivals already heading into Hong Kong would still be allowed to land, but other scheduled flights have been cancelled till further notice.

The incident was sparked on Sunday afternoon, after a peaceful rally in the city’s Victoria Park led to clashes when protesters moved out of the area and marched along a major road despite a police ban. 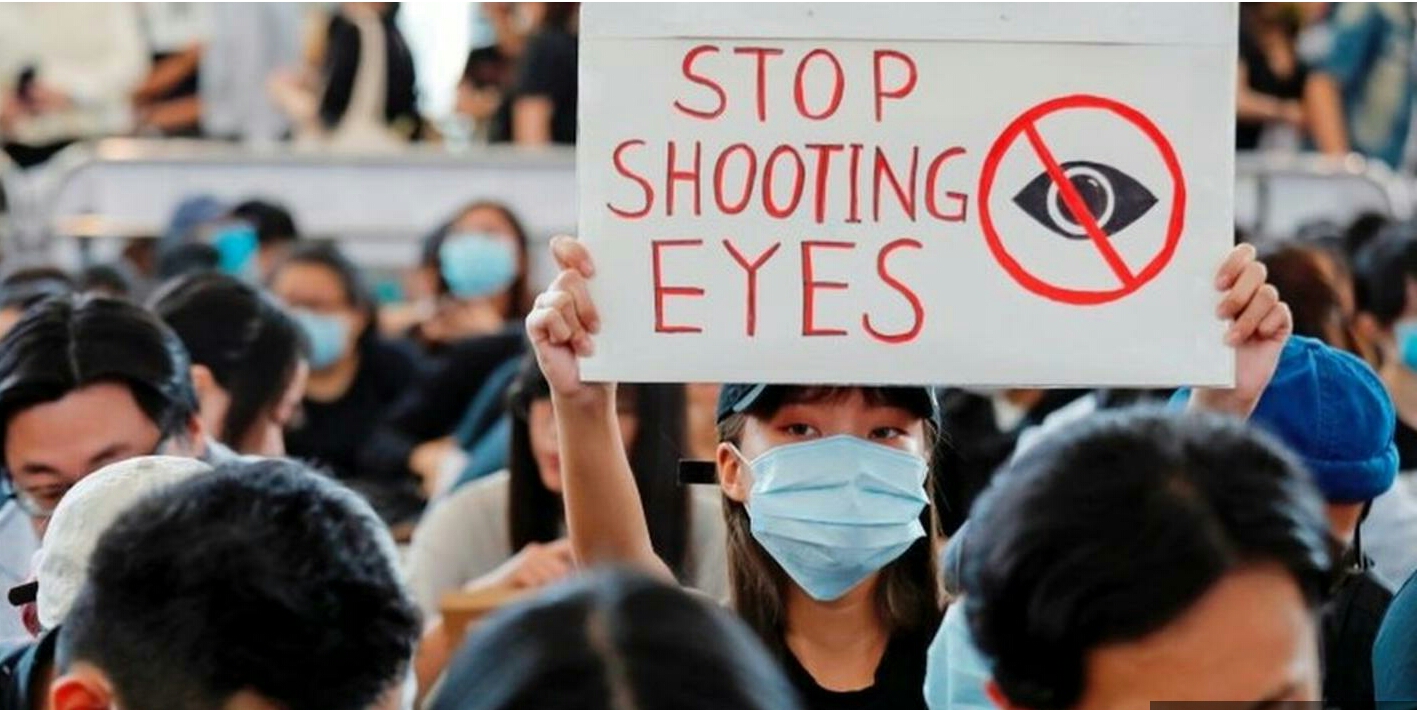 Furthermore,  there were confrontations in several central districts and police used non-lethal bullets in an attempt to disperse the demonstrators.

The demonstrations, which started in June  is all about  people opposing to a proposed extradition bill, which would have allowed suspected criminals to be sent to mainland China for trial.

Although the government has now suspended the bill, demonstrators want it to be fully withdrawn.

Their demands have broadened to include calls for an independent inquiry into alleged police brutality.

Congratulations are in order as Nollywood actress, Funmi Awelewa build a mansion for her family

I Have been in the fashion industry for over a decade – Yomi Casual throwing Shades?