Home Entertainment Hushpuppi is on his way to America, property has been seized –...

Self-acclaimed investigative journalists, Kemi Olunloyo has updated fans on the alleged arrest of Instagram socialite, Hushpuppi and his friend, Woodberry.

flaunting their expensive lifestyle on social media were reportedly arrested by

the FBI and Interpol over an alleged involvement in fraud.

With Hushpuppi still trending on social media, Kemi Olunloyo has revealed that the

America from Dubai where they were arrested.

Sharing a picture of both parties, Kemi Olunloyo wrote:

Unemployment Insurance scam named #ScatteredCanary. For those who don’t

know what this is, this is money the US government gives us monthly when we

lose our jobs while we are looking for another. Somehow the Nigerian ring cracked into the system and filed 174+

fraudulent claims. People’s #COVID19 stimulus payments gone. It is too elaborate. Only thing I can say is everyday

for the thieves, one day for the owner. It is a dark day in Nigeria. HushPuppi and

Woodberry and others are on their way to America. I was also told that their

properties have been sealed with warrants. 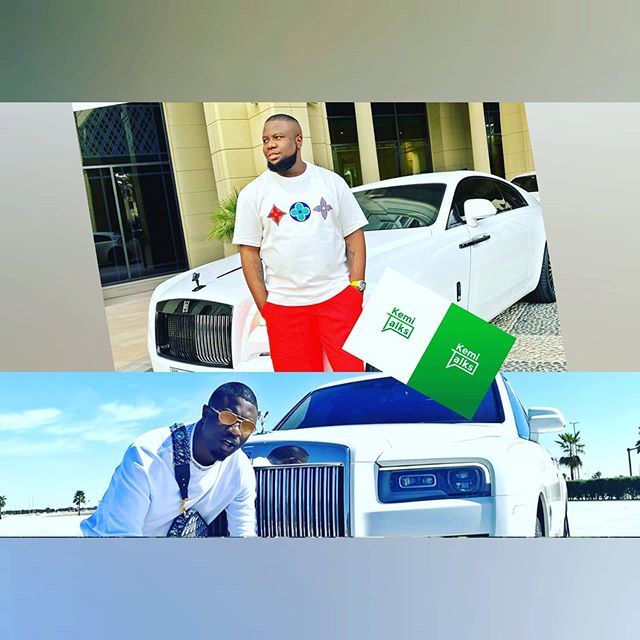 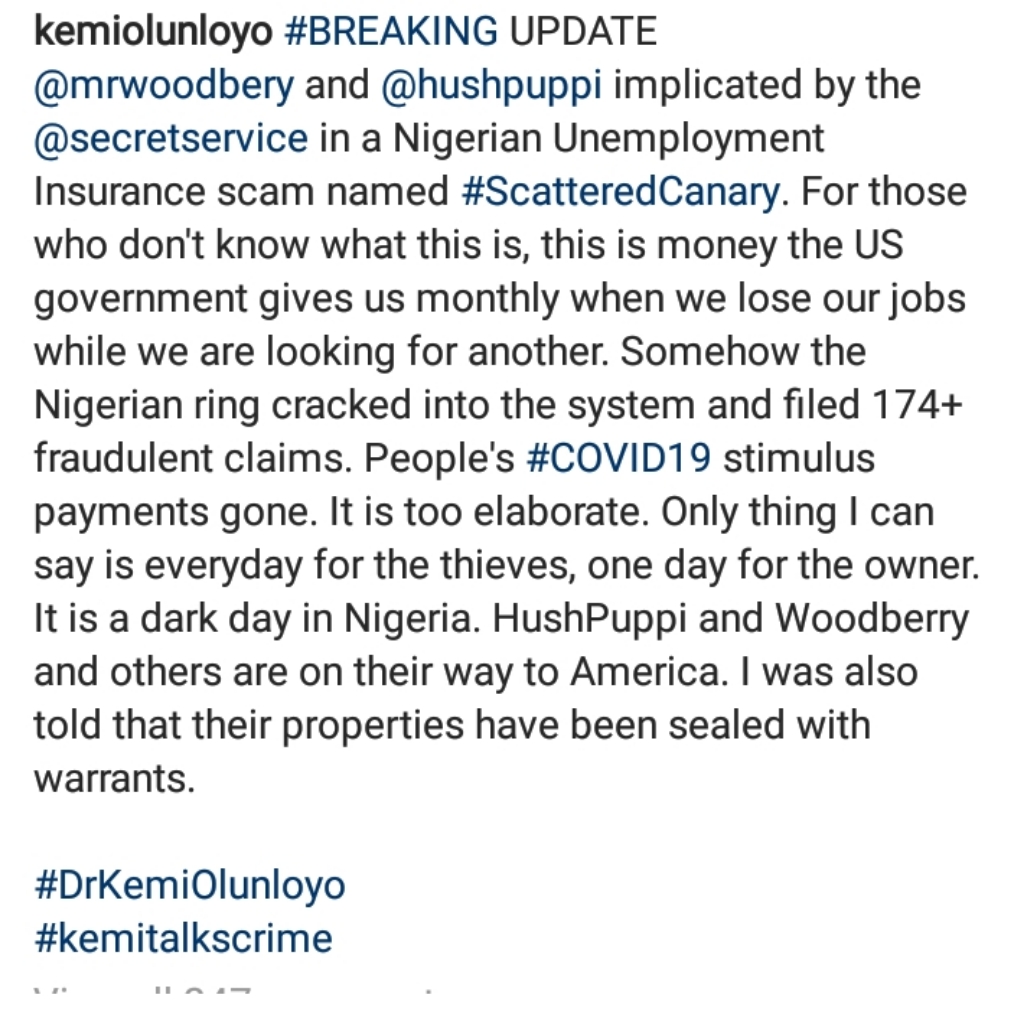