There has been a new trend in modern times where men love to grow their facial hair to make them look more attractive.

For some, they do this to simply look good and confident and for others, they keep their beards long and well trimmed to attract the opposite sex.

However, not all are attracted to men with beards. An example of such is Ghanaian afro-pop songstress Eazzy who has revealed her love for men with no facial hair simply put, beardless men. 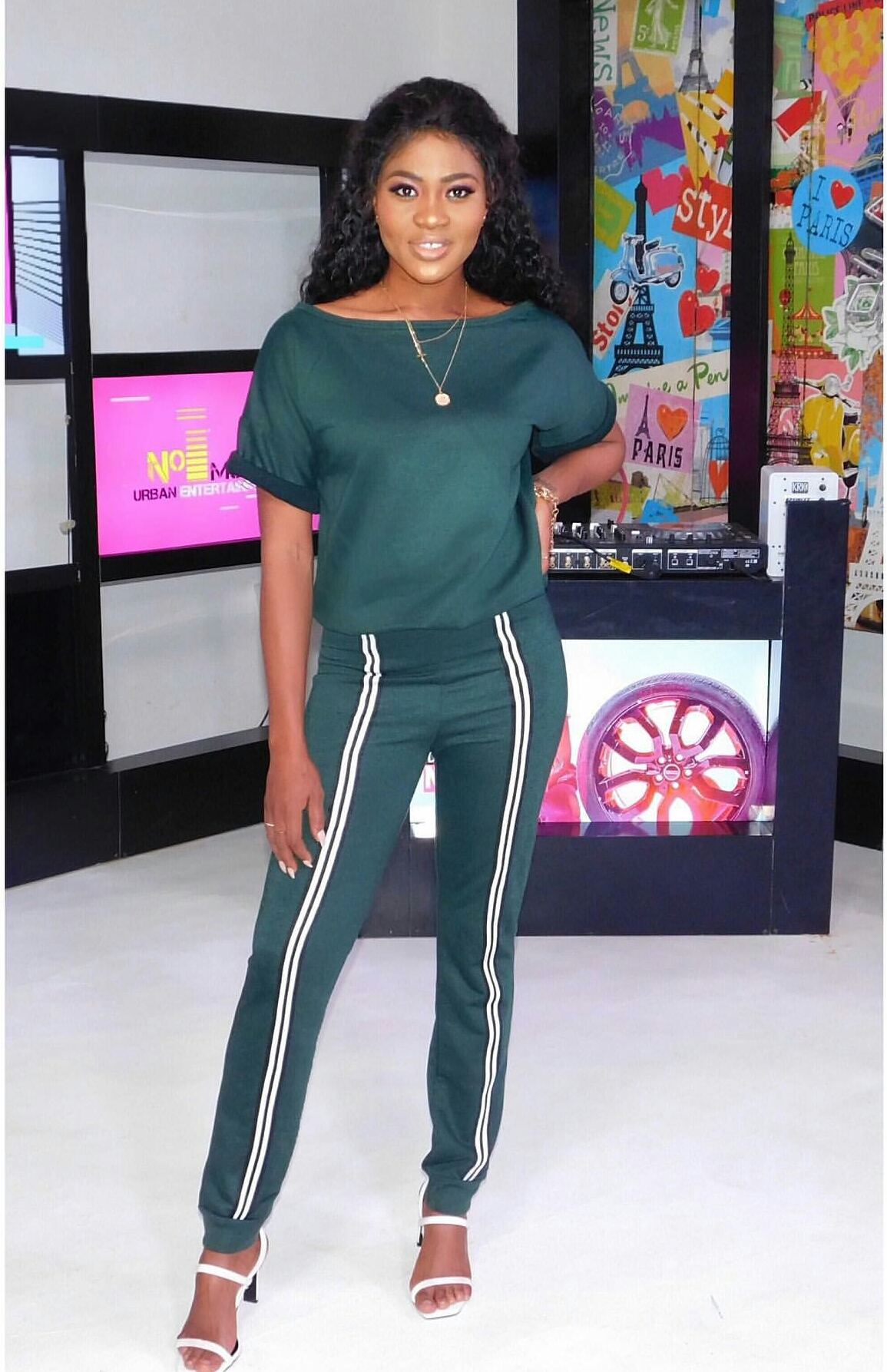 The “Forever” hitmaker revealed that she is beginning to be interested in such men and wishes to know the African musicians with such looks. 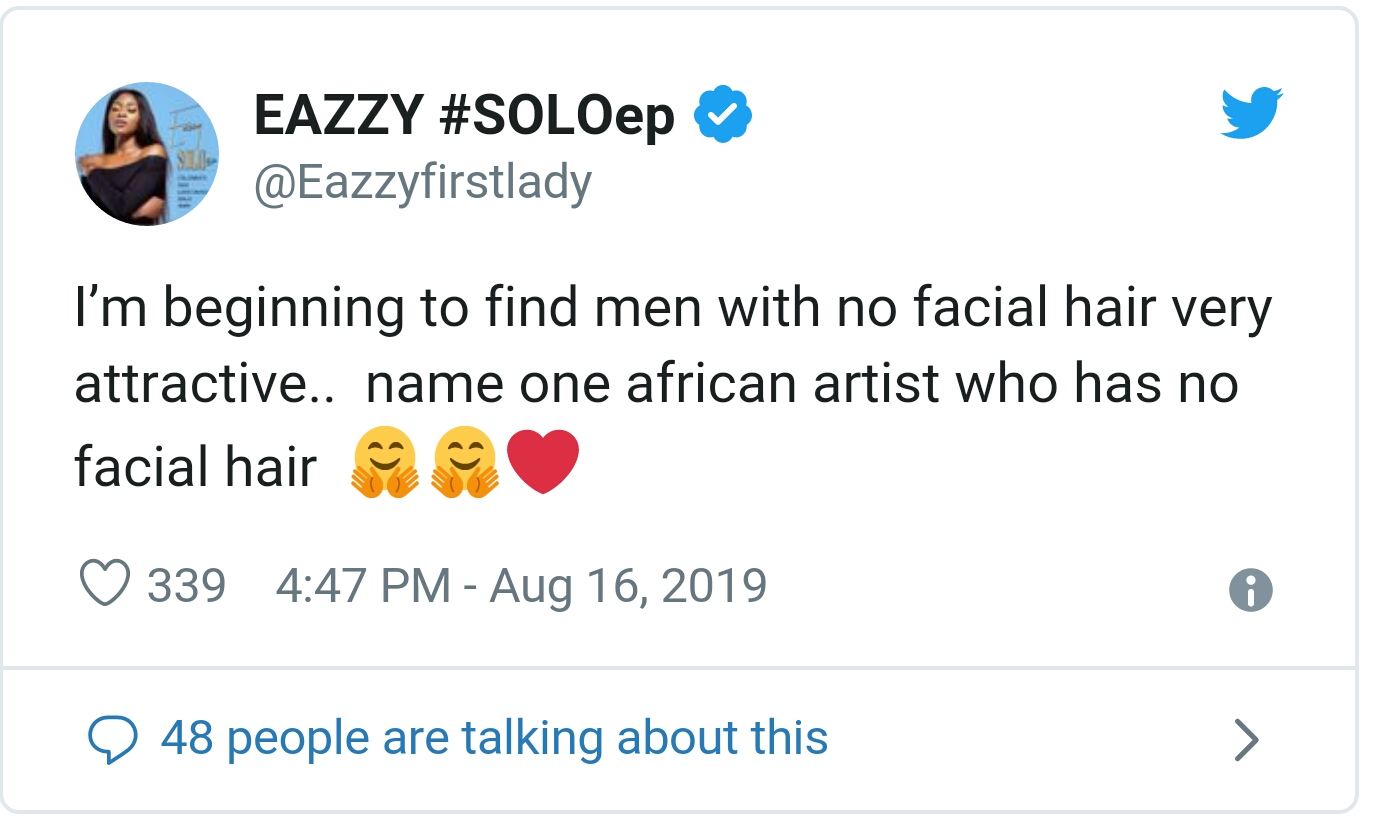 The comments in response to the tweet have had interesting names popping up. Artistes such as Nigerian afrop-pop star Wizkid, South African rapper, Nasty C and RJZ of Ghanaian music group La Meme Gang have been suggested by fans so far.