Home Entertainment I just pray I survive this, Am so broken – Funke Akindele...

Nollywood actress, Funke Akindele cries out moment after she was arrested by the police says I just pray I survive this.

of coronavirus in the country.

uproar and calls for her arrest.

Her arrest was confirmed by Gawat Jubril, who is the SSA to Gov. Sanwoolu on New Media.

According to the Lagos State Public Relations Officer, Bala Elkana, Akindele has

been taken to the State Criminal Investigation Department, Panti, Yaba,

while a manhunt has been launched for her husband and guests at the party.

Saddened by the event, Funke Akindele took to her Twitter page to lament about the mess she has got herself into.

she turns a pastor, praying she gets out of the mess she has got herself into.

See how Funke Akindele cries out on social media: 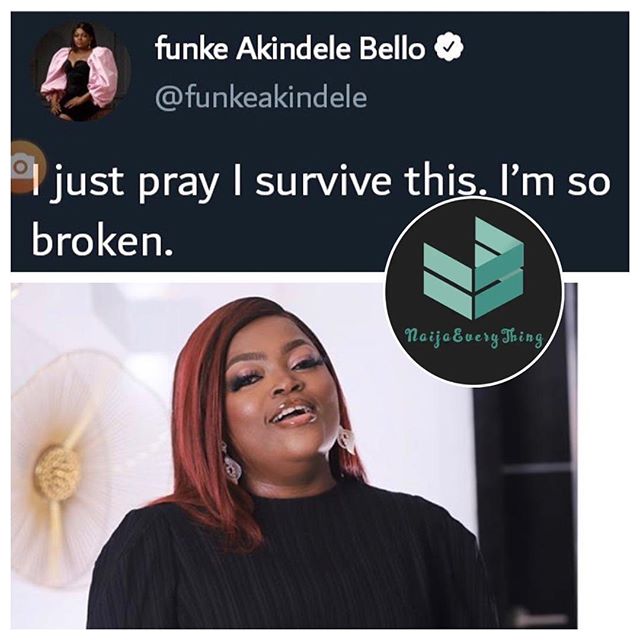 Funke Akindele had earlier been called out by fans on social media who slammed her for indulging in such act despite being a role model to young aspiring youths.

The talented actress and her husband, JJC Skillz might be facing more backlash from

their followers on social media who will be anticipating the outcome of her arrest.

Naira Marley was also among the guests who were present at the celebration and it’s left to see whether he will also be arrested by the authorities.