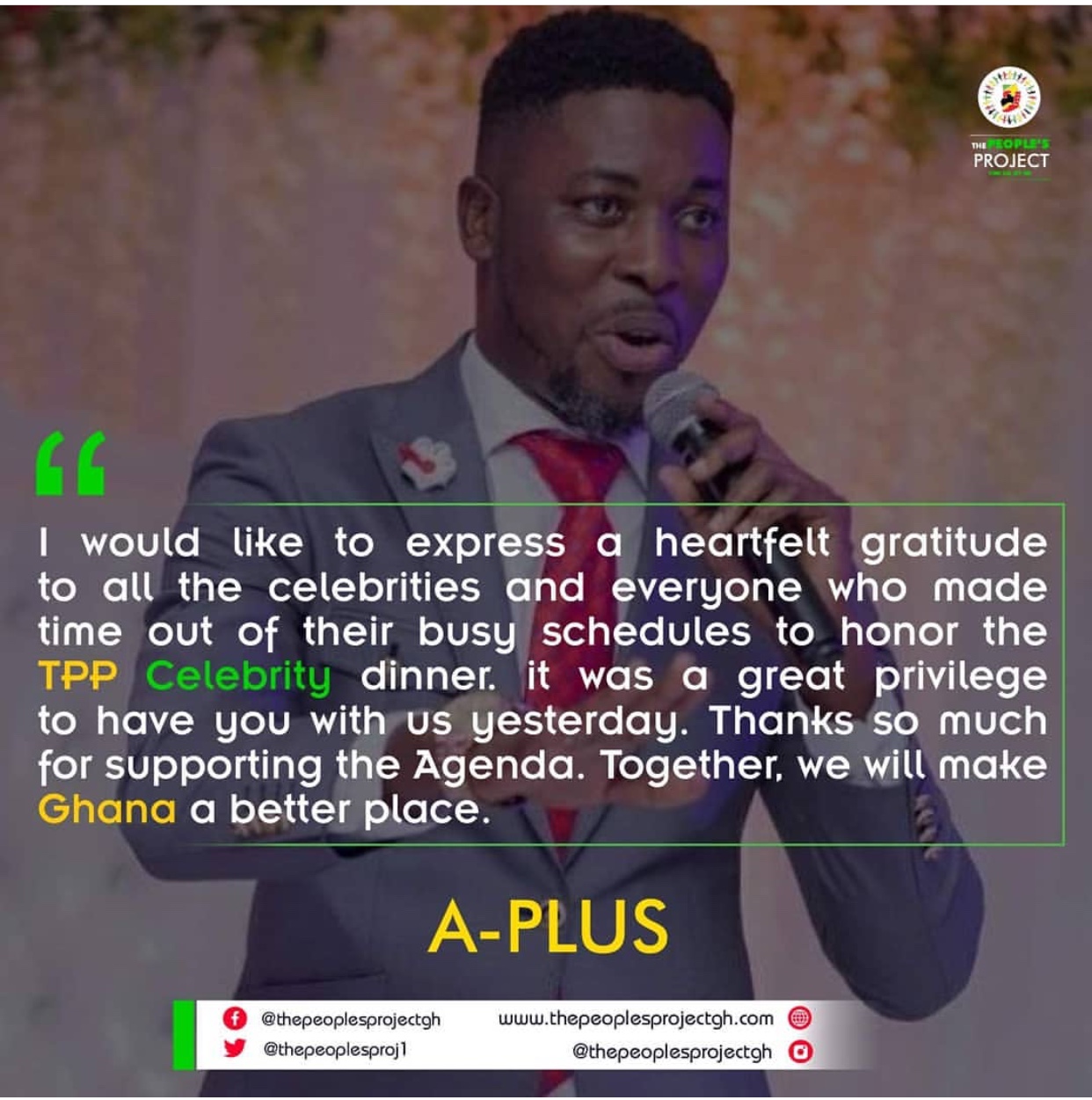 Kwame A plus in the past few months commenced a movement on social media purposely  to hold government accountable.

But has taken the movement and project a notch higher by travelling to some countries across the world to mobilize resources and push through advocacy to achieve the 1 million voters he needs.

Addressing some celebrities and members of the media who gathered at the Marriot Hotel, Kwame A Plus suggested  that, everybody must have a voice and express themselves freely regardless of their status, he stated that the era of no bed syndrome that end precious lives at our various hospitals should be a thing of the past.

The political activist could not fathom why some people could line up in queues in this day and age just to attend to nature’s call, this amongst many issues facing the Ghanaian people hence the reason for the Project to bring together a million people and go to the politicians to demand a twenty year development plan for the nation. Their failure to do that within a stipulated time frame leads to impeachment. These agreements amongst many, will be signed by both parties so it will be binding. If the politicians agree to it then they will give them their votes.

Kwame A Plus touching on an array of issues explicitly said ” It is better for the country to bring Beyonce to Ghana and give her the 4.5 million we gave the black stars” he explained that Beyonce’s influence globally when handed over such an amount of money could go along way to generate massive revenues for the country through our tourism drive initiatives.