Home Entertainment I thought I was going to die – Lil Frosh’s girlfriend, Gift,...

Gift, girlfriend of popular Nigerian singer and songwriter, Lil Frosh, have finally broken silence on the reports spreading round social media that she was physically abused by the singer.

pictures of the sexy video vixen with a swollen face was released online.

hard to make a name for herself.

released, fans took to micro blogging site Twitter, to react to the news as the singer

was called out for indulging in such act.

she thought she was going to die.

According to the beautiful video vixen, it’s not easy to open up to the public on what

actually transpired between her and Lil Frosh but she will be addressing that as soon as possible.

However, her family members have been supporting her ever since the issue was 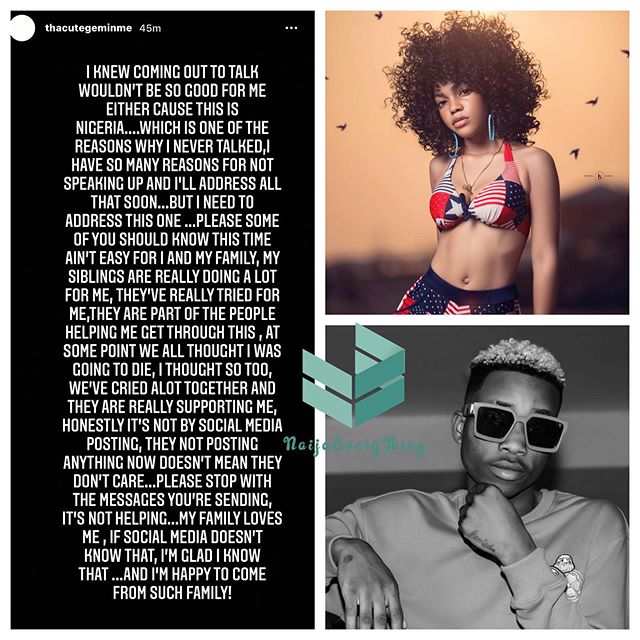 Lil Frosh is yet to comment on the dramatic scene and fans will be eager to hear his side of the story.