Home Entertainment I want to be a leader people look up to by 40...

Popular Nigeria cross-dresser, James Brown have revealed his aspirations for the year ahead as he noted what he wants to become before he turns 40.

has not stopped the likes of James Brown, Jay Boogie from showing their

dramatic side on social media.

his ambition in the industry.

The controversial cross-dresser some minutes ago took to his

before he turns 40 years of age.

in the country look up to.

Not ready to hide his feelings, James Brown listed some other milestones he

understand people feelings, a leader that can understand pain as well as

a leader that can provide social amenities.

days and it’s left to see if he can achieve all the listed attributes before age of 40.

entertainment industry noting that he would disrespect anyone who look down on him in the industry. 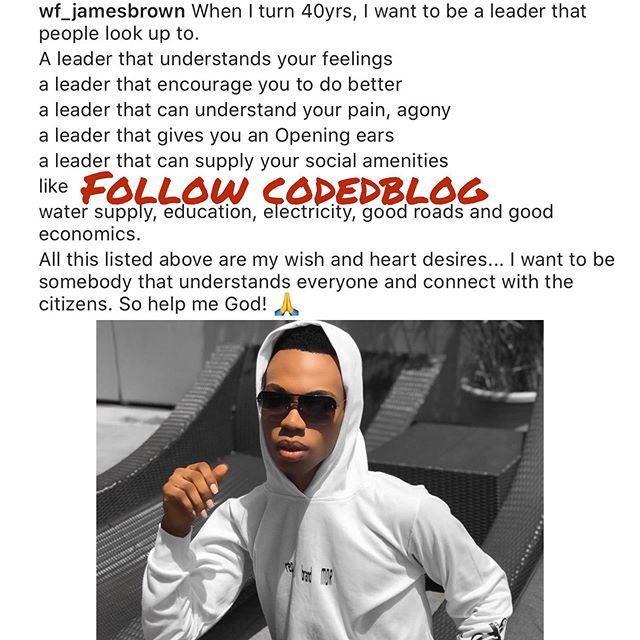 “If your Mom and Dad still call you, you’re the luckiest person on Earth” – OAP Toolz