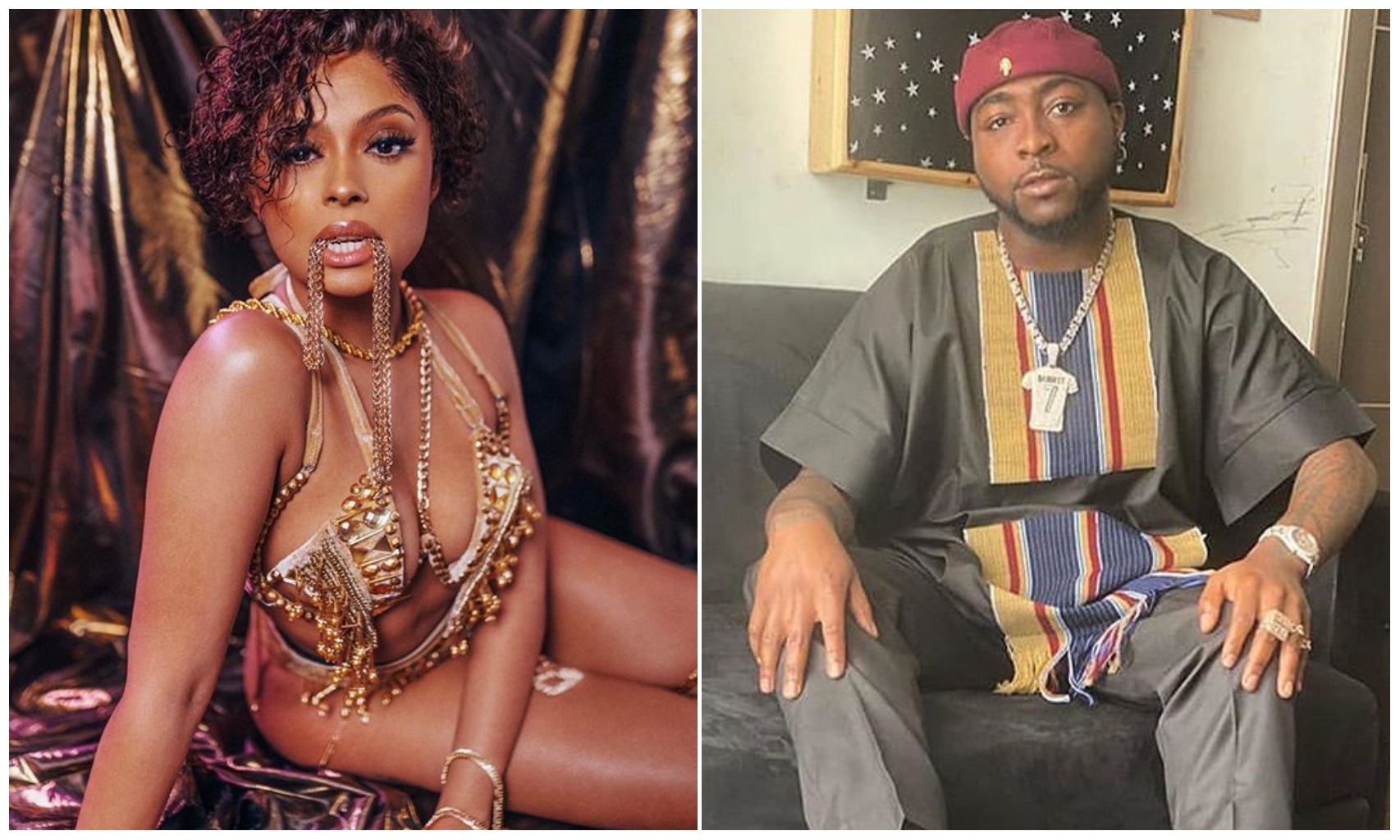 his record label the best in the country.

the record label will ever have.

the signing of Lola Rae.

Recall in 2016, Davido announced he had welcomed Lola Rae to DMW as he also had

that time labelled her the first female artiste in his record label.

However, Lola Rae who seems not too pleased with the argument Davido’s new

development is causing clarified that she was never signed by the ‘Assurance’ crooner.

According to Lola Rae, she was never signed under Davido’s record label as the

award winning singer was just kind to help her pursue her music career.

She also heaped praise on Davido for his kind gesture as she noted how excited she his for the new female artiste Davido have finally signed. 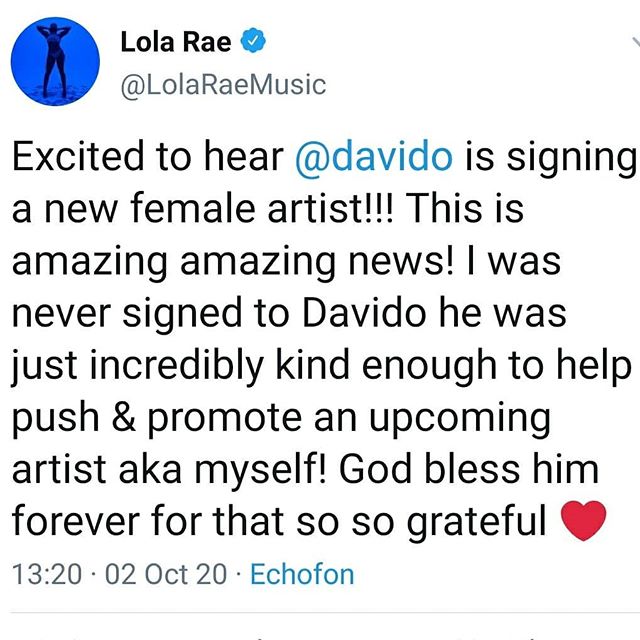 Whenever actor Ibrahim Bakare speaks, you should listen real good