Controversial male barbie, Bobrisky has sent a strong message to fans who are claiming he’s rocking a fake jewelry just to chase clout on social media.

he noted are made from gold.

has and it’s a sign he’s the biggest girl in town.

fake jewelry as all his dramatic scenes are just for popularity.

Not will to take such comments, Bobrisky took to his page to blast those who are

trolling him as he noted that he does not wear steel but pure gold.

jewelry and ask from professional how valuable it is.

Sharing a picture of himself rocking the gold, Bobrisky wrote:

Some of you use to embarrass ur whole generation in my comment section sometimes. You don’t know real gold yet you wanna make noise. Everything am wearing in dis pic are all pure gold. Screen shot and show people selling gold. I don’t wear steel or Costume. Their level of money you will make you won’t dare to wear fake. 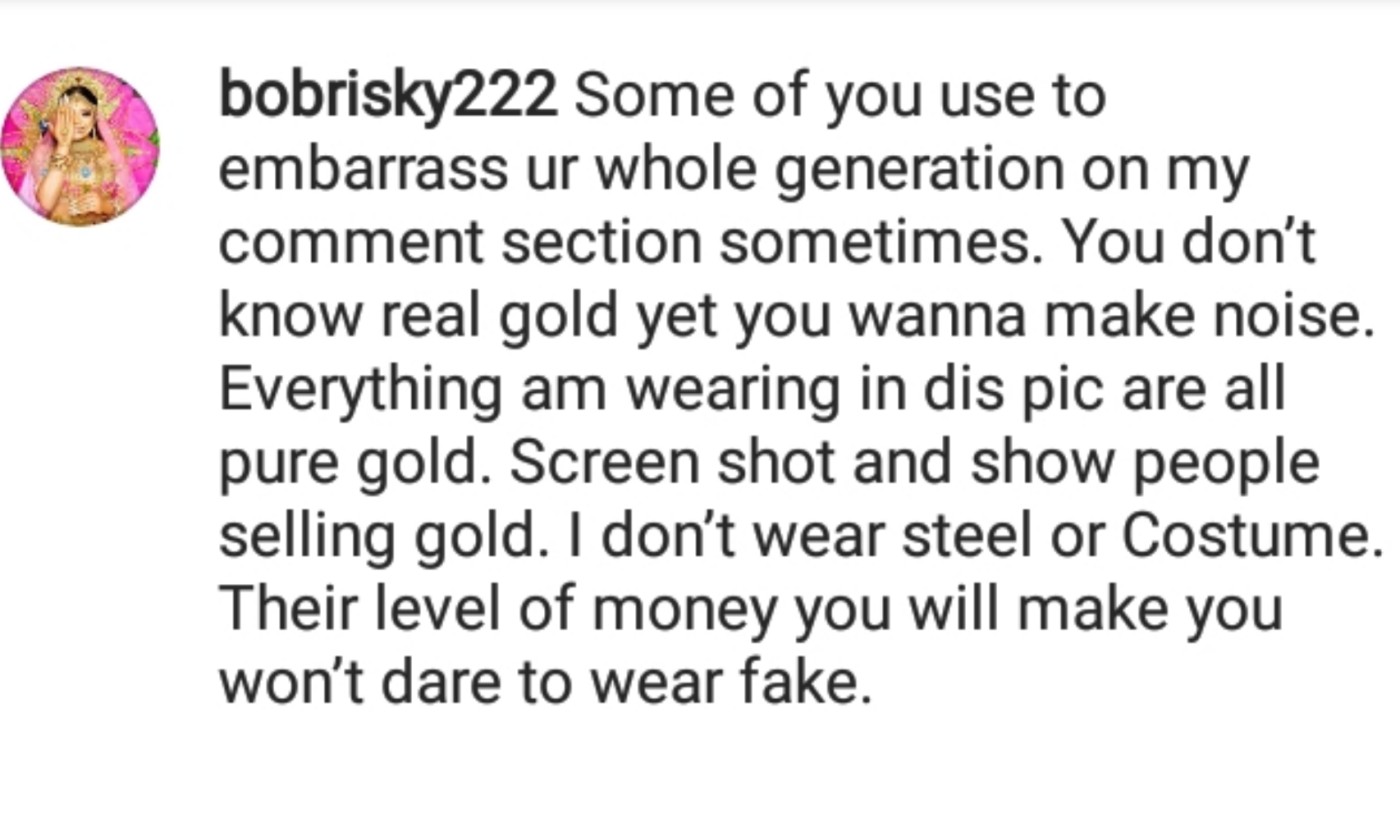