Home Entertainment I Will Remain A Side Chick To My Sugar Daddy Rather Than...

The Nigerian male Barbie is at it again. This time, Bobrisky explained in an Instagram post why he isn’t married yet. He says some of the Lagos guys are good looking but are broke. The crossdresser says he will rather remain a side chick to his sugar daddy. He wrote alongside a shared video: 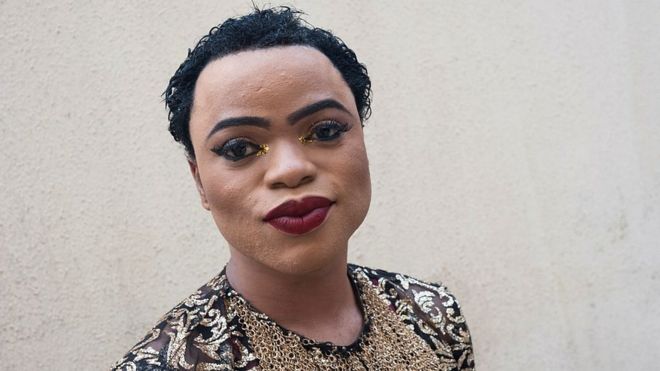 Bobrisky, then calls on Tonto Dikeh to ask if they could tell the guy’s name. The Nigerian actress then replied:

“I know that question is a joke but I am not even smiling…..EVEN IF you Die NOBODY IS KNOWING SHIT MY N***A”. 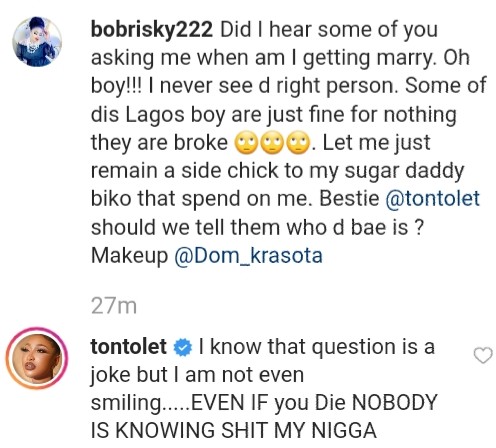 BBNaija star, Khloe turns up the heat on Instagram with this Photo

I am the best gambler in the country- Singer tekno