Home Entertainment If i blocked you, i have blocked your entire Destiny – Toyin...

There is a good saying that goes thus Good riddance to bad rubbish and that’s exactly what Nigerian baddest woman in the Fashion empire, Toyin Lawani CEO of Tiannahs Place Empire is doing. 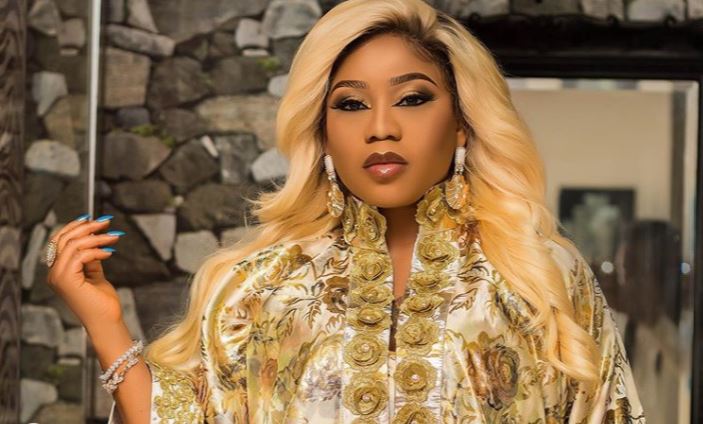 As she took to her Instagram page moments ago to put on blast social media trolls messing up her DM asking her to help them beg her friend Jaruma Empire to Unblock them from her DM.

A request that didn’t go well the beautiful single mother to two wonderful kids and Toyin wasted no time in laying the boundaries.

excerpts from the video revealed Toyin ranting and telling the media trolls to please in the name of God leave her alone.

it got heated at some point in the video, that she said if Jaruma her friend blocked them, they all must have done something stupid and more also stated clearly that once she blocks any account, she has blocked them and blocked their Destiny too.

“Can y’all Fucking sort your issues with Jaruma and not involve me” – Tiannah lambasts fans??? #TheSleak

Nicki Minaj and Tekashi69 secure No.1 spot on Billboard Hot 100 with ‘Trollz’

Adedokun Moses - June 23, 2020 0
Nicki Minaj have set a new record with her collaboration with controversial rapper, Tekashi69 as they secure top spot with their hit single 'Trollz'. 'Trollz'...

Naira Marley question fans on hating someone they should love

James Antwi - August 6, 2019 0
Popular Nigerian comedian Basketmouth and his wife, Elsie Okopcha have taken to social media to celebrate their daughter on her birthday as she clocks...

Violette Johnson - August 18, 2019 0
Why worry when you've got that reliable hope that things are going to get even better than you might be expecting. Or why beat...