Home Entertainment “If you don’t like my outfit, buy me new one” – Korra...

US-based Nigerian dancer, Korra Obidi has come hot against those trolling and calling for her head over the way she’s dressing to protest the death of George Floyd. 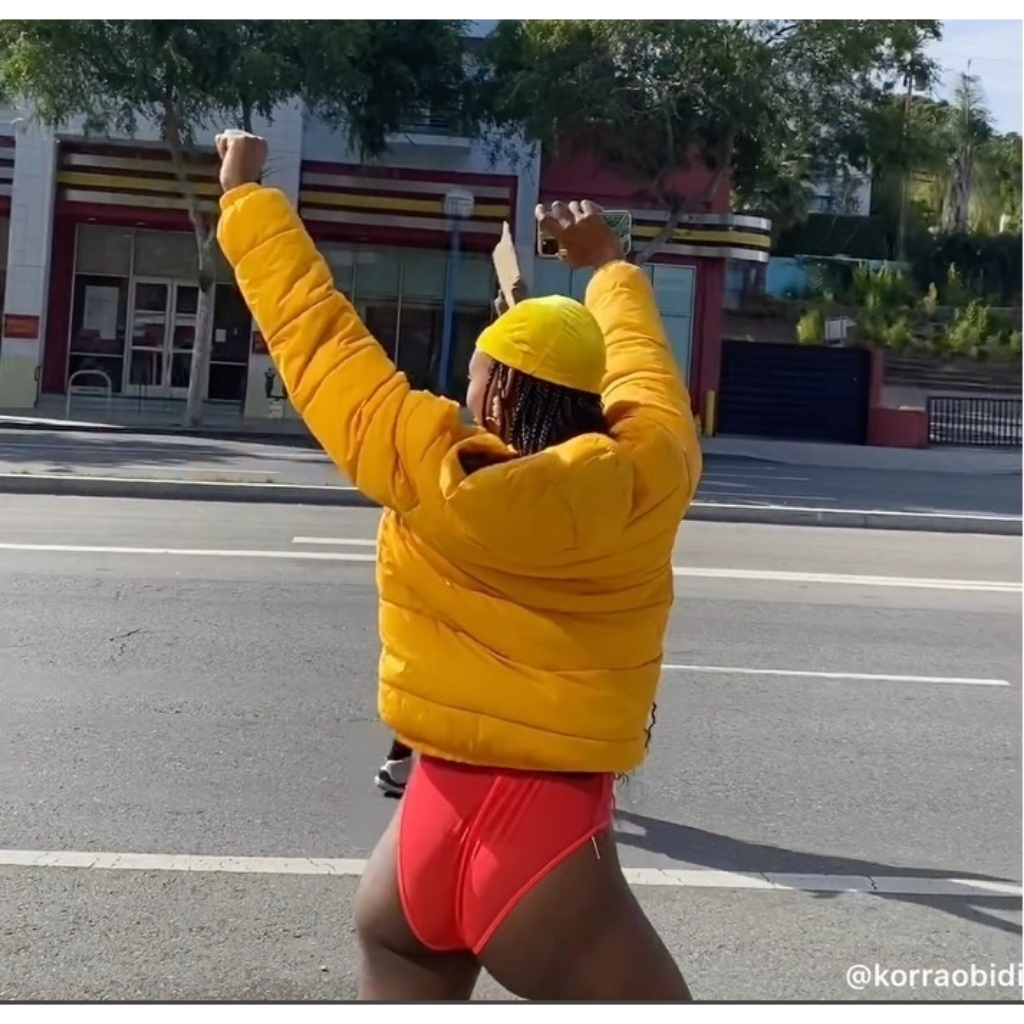 against the killing of George Floyd, the Black American man murdered by a white

However, Korra Obidi was slammed by fans on social media for her indecent dressing

as she was saw in the video struggling to adjust her boobs so as for it not to get expose to the outside world, see video here:

for the way she dressed during the first protest.

According to the talented dancer, she had to delete the video at first because of trolls

on her page but summoned the courage to post because she has nothing to fear.

READ
"I am not disturbing you oo!" - Tuface Idibia's daughter Isabella cheekily replies her mom, Annie

Korra Obidi asked those calling for her head to get her a new cloth if they are not pleased with her dressing style.

See video of Korra Obidi protesting with pant below:

I can't believe I went out in solidarity with my and shared it only to delete it because of fear of some comments. I was in the middle of shooting my music video for Drop and a protest walked past, I Joined in and did my bid, I can't believe I let keyboard warriors who are not doing anything about this situation tear me down and steal my freedom of expression. If you don't like my outfit, buy me new clothes. Paypal is https://www.paypal.me/korraobidi If you want me to be melancholic and sad then to hell with you, a protest is meant to be SEEN not violent or Sad! If you don't like my actions, hit the streets and take yours! As for the idiots that think it is for the clout, I guess when an officer had a knee on his neck, it was also for clout? I take Back my VOICE! Video: @hg2filmworks I am out here, you are behind your keyboard typing rubbish. #laprotests #wemove #lariots #weho

Model Princess Shyngle gets in the motivation mode

Wendy Shay bullied on Social Media after sharing photos of herself