Home Entertainment “If you’re feeding him, he’s your son not your man” – Soso...

Music executive, Soso Soberekon has taken the role of a relationship expert as he advise ladies who are fond of spending on their hubby.

their wife or fiancee, Soso Soberekon noted that such man should not be called a man.

According to the talent manager who was formerly under Five Star Music, any lady

who tend to cloth, feed and pay the bills of a man should consider him as a boy rather

Soso Soberekon went as far as saying that even if the man is driving the lady’s car, he 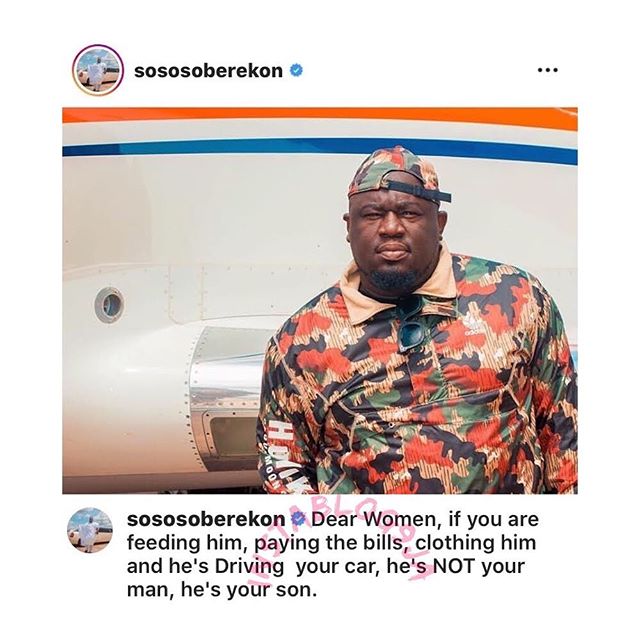 The music executive has been active in recent days advising fans and followers on some important issues about their life style.

Recently, he took to his social media platforms to highlight the characteristics a

lady must possess before she can be called a Boss Lady.

According to the talent manager, a lady must be sound academically, Financially

and posses some good qualities before she can be addressed as a boss lady.

He noted that not just ladies that flaunt themselves on social media or putting chains on their leg are boss lady but those who arw impacting lives.

“I hate my big breasts”- Lady Voice out