Home Entertainment ‘Igbo men are the most unromantic set of men in the world’...

Nollywood actress, Enoho Peggy Ovire has revealed a shocking statement about Igbo men as she claims they are not romantic. 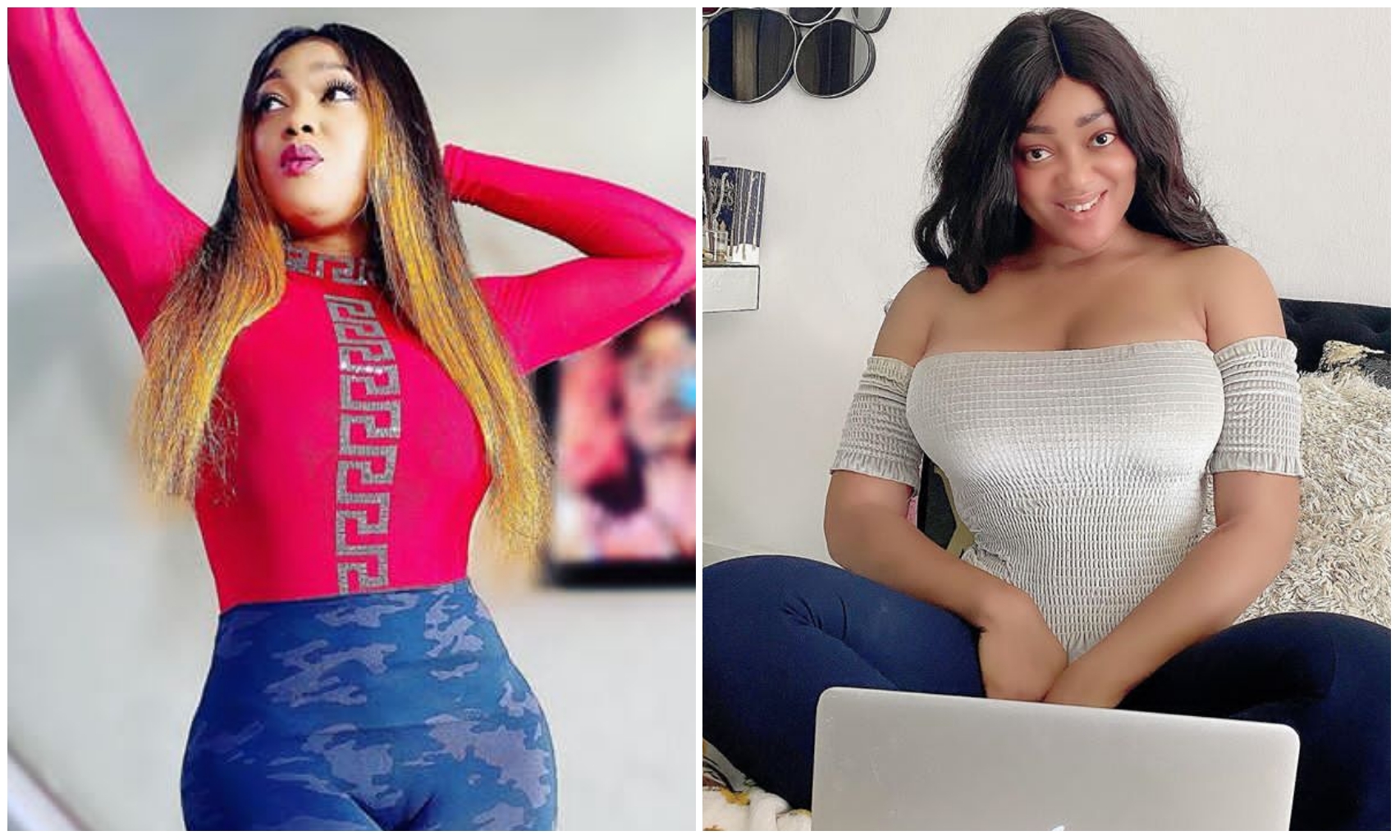 Nigeria with each tribe always coming out to defend themselves.

Endowed and curvy actress, Peggy Ovire has now revealed that men from the Igbo

land are the worst when it comes to being romantic in a relationship.

engaged herself in a relationship with another tribe.

men still remain the worst when it comes to being romantic.

Sharing an adorable picture of herself, she wrote:

“Igbo Men are the Most Unromantic Set of Men in the World ?‍♀️??
Am in my House, come & beat Me.
#isaidwhatisaid” 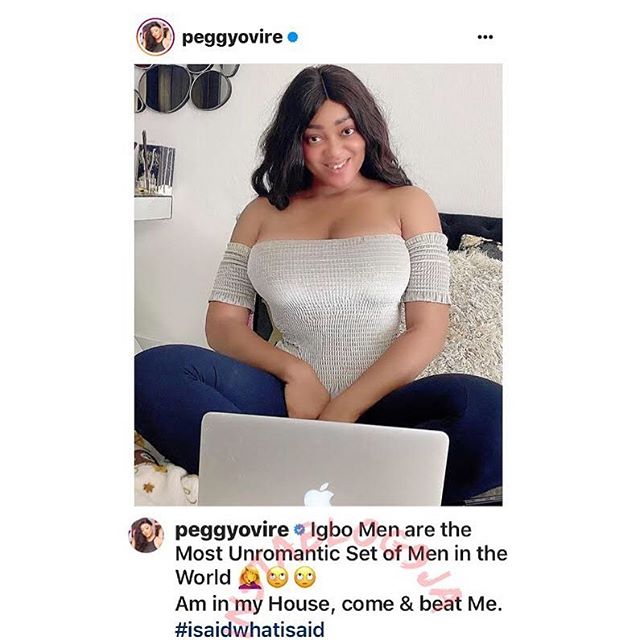 get attacked on social media for saying such comment about them

region as he claim that they wait for men to take care of their responsibilities.

However, he was given a reply by top female celebrities from the region who are hustling and doing good for themselves.

These three selfies of Jessy Romann are quite seductive