Veteran Nollywood actress, Iyabo Ojo have shared an inspiring word with fans and followers on social media as she urge them not to feel small because they are not having basic education.

However, due to the situation of things, some people are not having the privilege of

to use Nigeria’s Independence day to motivate them.

Having featured in many blockbuster movies ever since she rose to stardom,

herself as a case study in motivating fans who are on the verge of giving up.

for herself despite being a blockhead.

employ graduates who are more educated than her.

Sharing details on how she have raised her children, the award winning actress noted

that she gave up education so her children can have one and she has no regrets over her decisions. 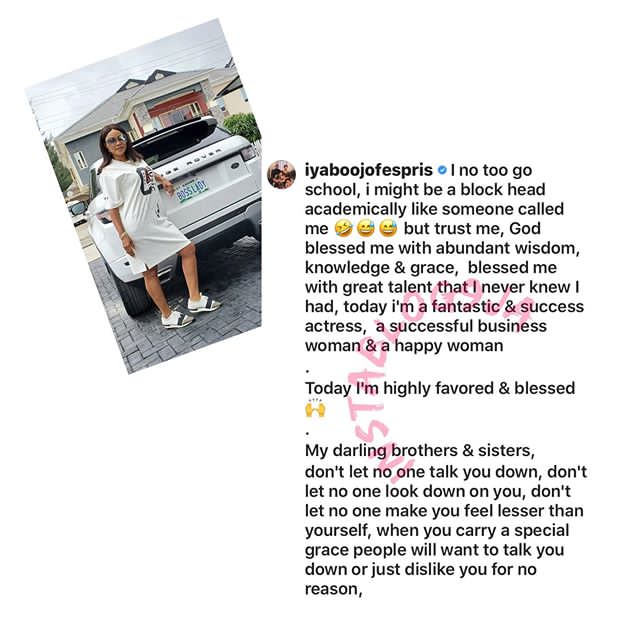 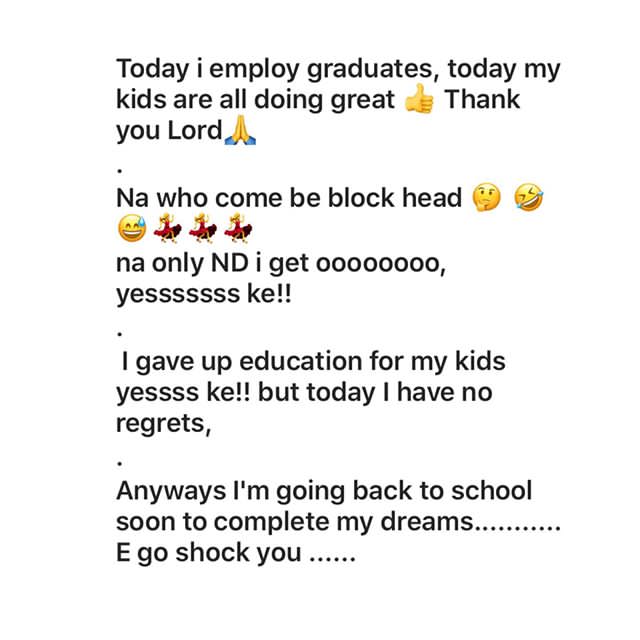