American singer, John Legend and his wife, Chrissy Teigen have lost their pregnancy which is expected to be a boy amid complications. 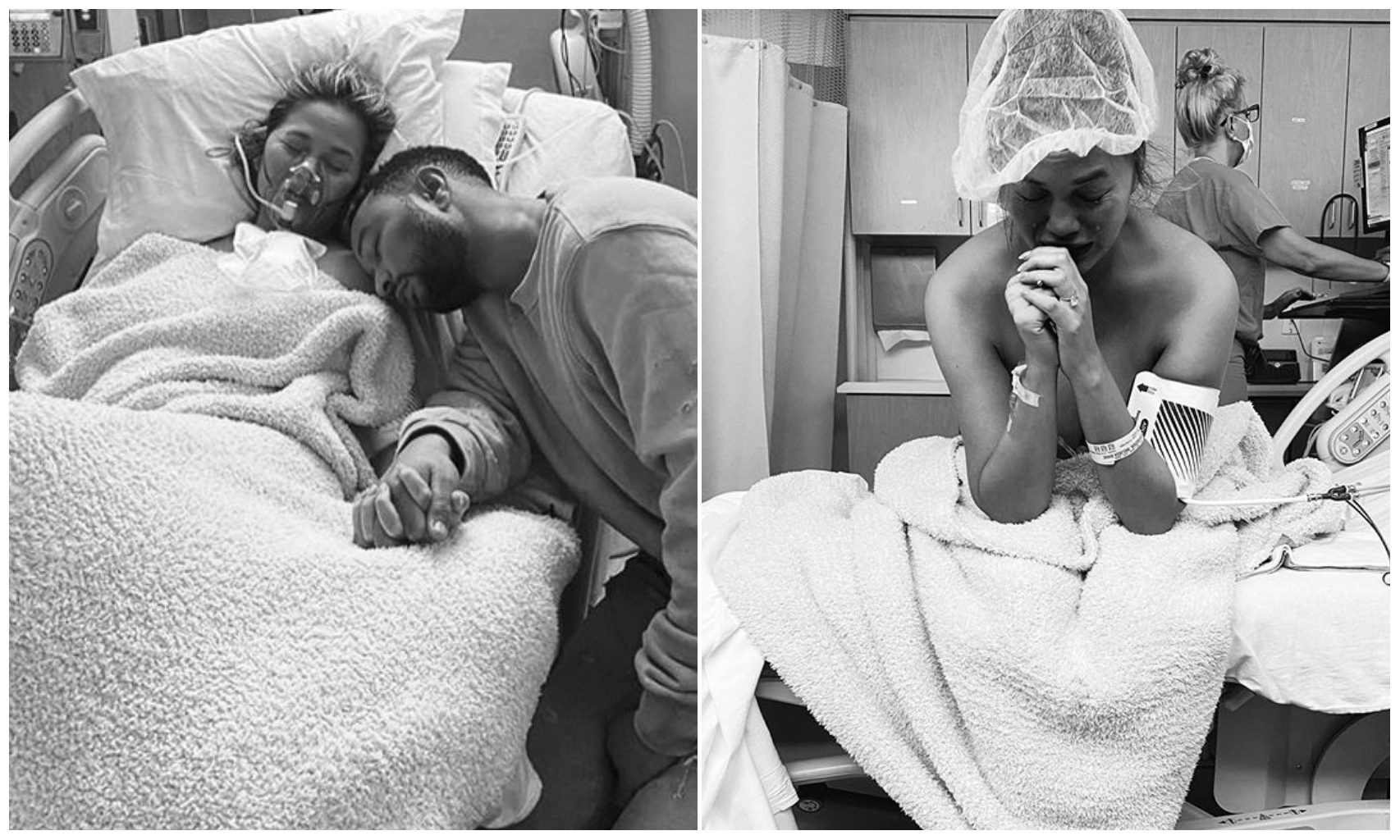 expecting another child some months ago, a news that was celebrated by top

personalities across the globe.

With fans expecting the news of their delivery, the couple announced the sad

news on social media late Wednesday, just days after the model revealed she had

been put on bed rest following her hospitalization for bleeding.

and son Miles, 2, with Legend.

“We were never able to stop the bleeding and give our baby the fluids he needed, despite bags and bags of blood transfusions. It just wasn’t enough.”

“We never decide on our babies’ names until the last possible moment after they’re born, just before we leave the hospital.

But we, for some reason, had started to call this little guy in my belly Jack.

So he will always be Jack to us. Jack worked so hard to be a part of our little family, and he will be, forever,” she continued.

Chrissy also penned an apology letter to her expectant child and this has got fans and top personalities in the industry emotional.