Controversial journalists, Kemi Olunloyo has once again attacked Gender Activist, Ayodeji Osoyobi, the owner of the NGO supporting Seyitan Babatayo in her rape claims against D’Banj. 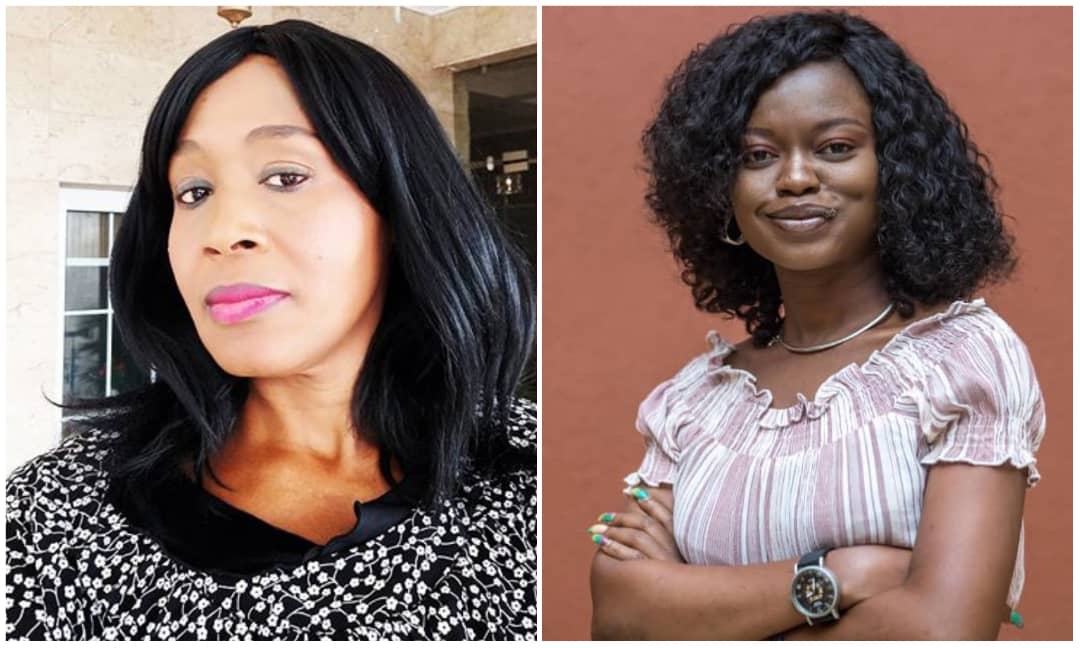 his accuser, Seyitan Babatayo but that have not been the case as everything has escalated

into an intense drama.

As always, Kemi Olunloyo have been playing an important role in giving fans update about

the rape allegation levied against D’Banj.

According to Kemi Olunloyo, Seyitan’s allegation is fake and is influenced by

Having been dragging Frank for the past few days, Kemi Olunloyo have shift her

attention to Adejoke who she claimed is pursuing a fake rape scandal because of fame.

According to Kemi Olunloyo, Adejoke is only backing Seyitan in her rape claims

because it involved someone of great personality like D’Banj.

a move that surprise her but not stopping her.

Frank Amudo, DBanj's former manager who I accused of ALLEGEDLY setting up DBanj in the rape affair DETAINED by police for questioning yesterday. He was later released pending more questioning. Amudo threatened me with a N200M lawsuit which his lawyers never served me but posted on social media claiming I should cease and desist from writing about him and calling my work "flawed and baseless Investigative Journalism". He gave me 3 days. It is now day 7 and I'm seeking legal advice as his lawyer has defamed me. Your attempt to silence this Journalist by defaming me may invite a N900M Defamation lawsuit Frank. He has yet to sue me. My Investigation found that he Allegedly set up the FALL of DBanj using his girlfriend Seyitan as a rape victim in order to distract DBanj's 40th birthday, @heritagebankplc N45M deal for @creamplatform and bitterly MOCK his son Daniel's second death anniversary all within June 2020. Frank is wicked! He is Allegedly Seyitan's pimp. No RAPE happened between her and DBanj. This gender Activist Ayodeji is a joke, blocks me on Twitter as if I'm following her or her NGO #standtoendrape. I can access any account with my company account 🙄These women get huge amounts of dollars to fight for rape victims but you hardly see them fighting for the REAL ONES. They always focus on high profile FAKE allegations like Mrs Dakolo and Seyitan instead of the ordinary girl on the street defiled by fathers, uncles, men on the streets. What is Ayodeji doing about Anambra state? NOTHING. Like she tweeted, we too will fight them till the system works for the innocently accused men. Watch carefully how this is unfolding as once again, nobody is investigating this case in the mainstream media. Call me a rape Apologist or DBanj has paid me millions right? It doesn't bother me. I know my worth. #DrKemiOlunloyo #kemitalksrape #saynotorape