Reality star and model, Kim Oprah is no doubt a beautiful lady but the recent drama at the big brother naija reunion show have brought out some of her hot sauce. 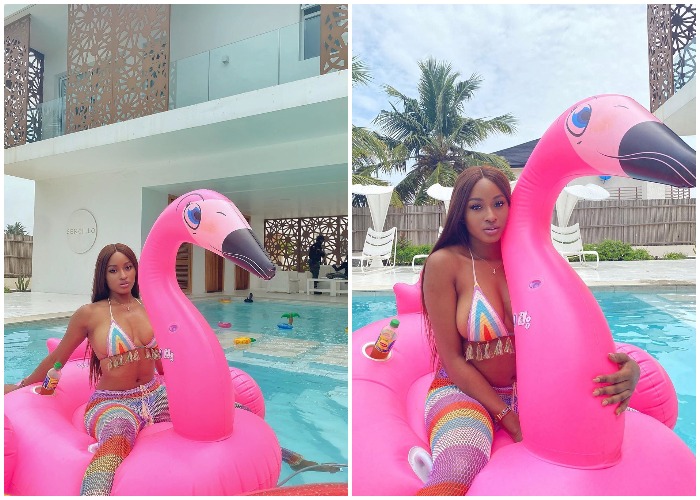 housemates have given fans something huge for the weekend as she stuns out in an eye popping bikini.

Mercy and Tacha who are often regarded as the most popular housemate after the show.

Dressed in a colorful bikini, Kim Oprah gave fans a stunning look of her body that will

See more of her hot bikini pictures below:

The fifth edition of the big brother naija show is scheduled to start on the 19th of July and a lady have accused an organiser of trying to take an advantage of her for a slot in the house.

This accusation have cast doubt on the integrity of the organisers and how they choose participants at the show.

However, organisers have disclosed that the grand price for this year edition of the show

would be the highest in the history of the reality show.

Efia Odo reveals how she responds to cyber bullying