Home Entertainment “Last Time you make Eba, it was an apology” – Man blast...

Talented female singer, songwriter and disk jockey, DJ Cuppy has ignited the wrath of a male fans with her cooking skills.

shows but she has failed to impress a male fans when it comes to cooking.

husband will enjoy when they finally walk down the aisle.

simple message to her future partner as she ask him to prepare himself.

However, her caption ignited a reaction from a male fans who seems not too impressed with her cooking skills.

Taking to the comment session, the man noted that DJ Cuppy should better sit down

and not talk about cooking because it’s not meant for her.

According to the fans, the last time she tried to make Eba she failed woefully,

labelling the food as an apology before he advised her to delete the post. 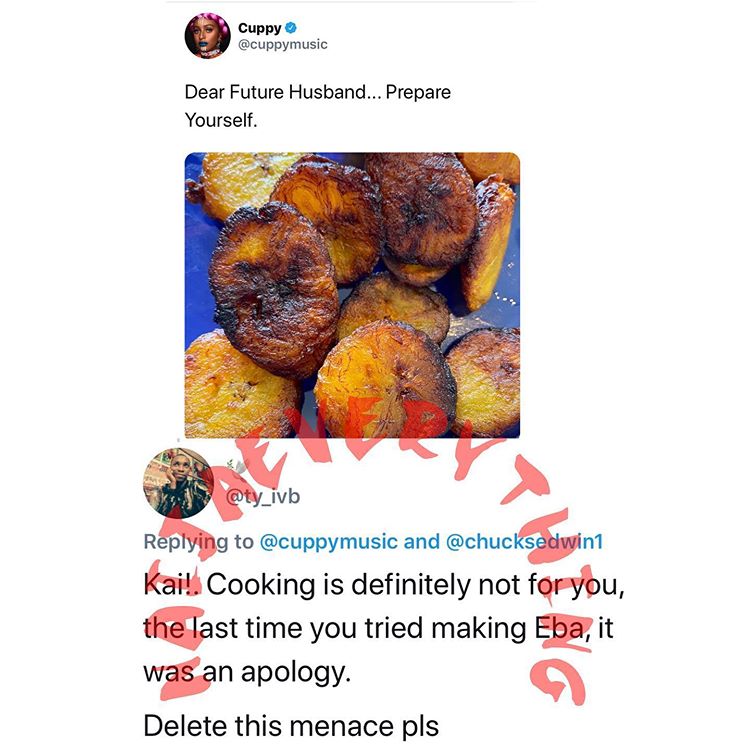 see whether she will be able to impress her future husband.

Talking of husband,, DJ Cuppy is yet to get herself a man as she recently troll all her