Lizzo, 31, proved that she is the one to watch when it comes to fashion with these stunning shoots for billboard cover on September 19 looking amazing. The “Juice” singer posed for the camera feathery dress, which showed off her charming face and her curves to perfection. 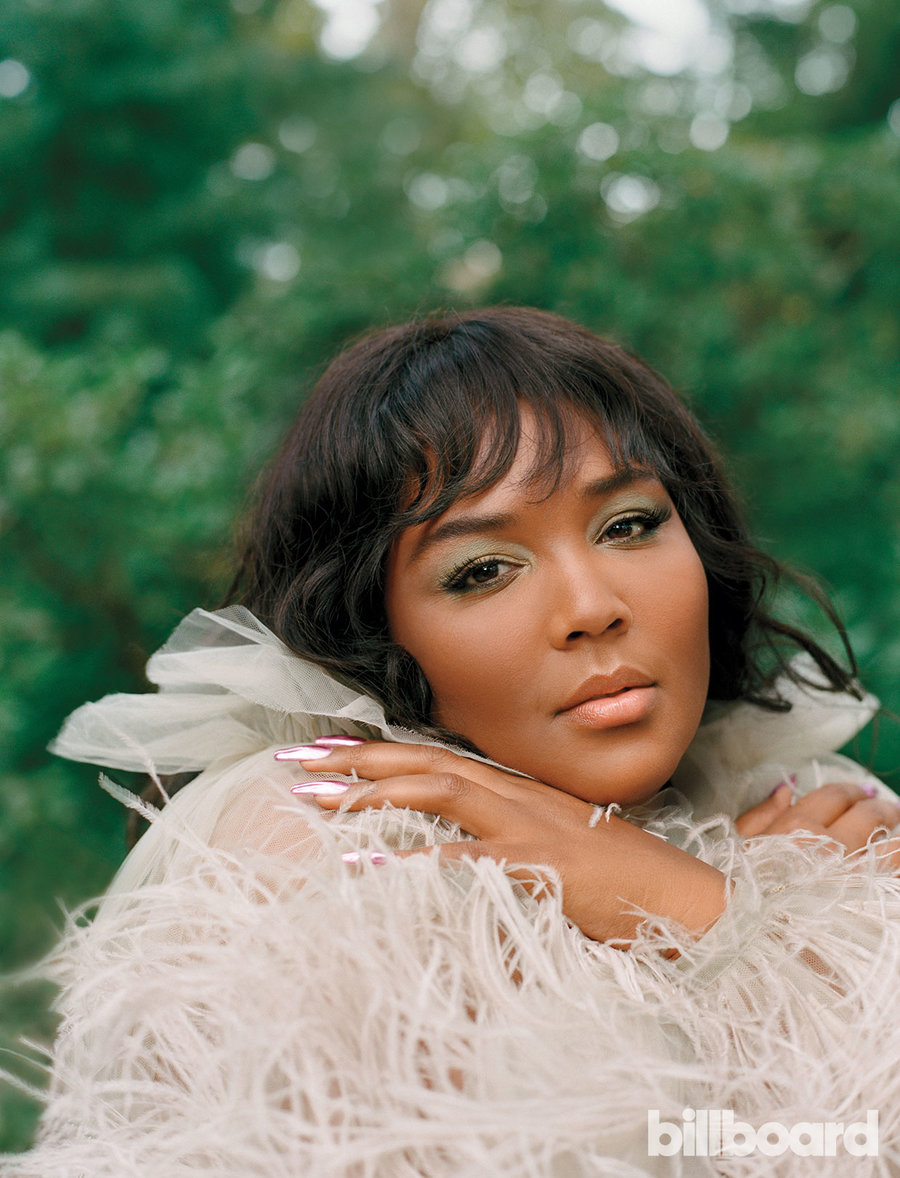 The dramatic ensemble featured poofy sleeves that definitely helped the rising star for the shoot. She also paired the look with a floral hat and her hair in an updo and looked totally fierce while posing for photos.

That was all before the singer took to the stage with a sensational performance of her song, “Truth Hurts.” Lizzo arrived on stage at the top of a human wedding cake, dressed in a white bodice and veil like a modern day Madonna.

Lizzo – whose real name is Melissa Jefferson – has been riding a wave of success recently with the critical and commercial success of her hit album, Cuz I Love You. On June 19 she drew praise from The View’s Whoopi Goldbergfor her MTV Movie & TV Awards performance of “Juice,” which was a tribute to the Oscar-winner’s 1993 movie, Sister Act 2: Back In The Habit. “I want to tip a dread to the incredible Lizzo for her tribute to Sister Act 2 at the MTV Awards Monday night,” the 63-year-old said before introducing a clip of Lizzo taking to the stage in a choir robe.