It might have been hours ever since Linda Ikeji marked her 40th birthday and set social media world on frenzy but she’s still the talk of the town over how she decided to celebrate it.

Yesterday, Saturday, September 19 was a great day in the life of popular blogger and

entrepreneur, Linda Ikeji who clocked the age of 40, an achievement she

The multiple award winning entrepreneur and philanthropist got tongues wagging

the great day but because of the gifts she got for herself.

worth millions of naira and fans have not been able to get this off their chest.

putting in her business, a man was skeptical of her private life as he revealed

the main reason why she got herself such an expensive gifts.

According to the man on micro blogging site, Twitter, Linda Ikeji only bought herself

such amount of expensive designer shoes for her birthday because she’s lonely.

possible to a man position in her life by gifting herself such an expensive gifts.

See the man tweet on Linda Ikeji birthday below: 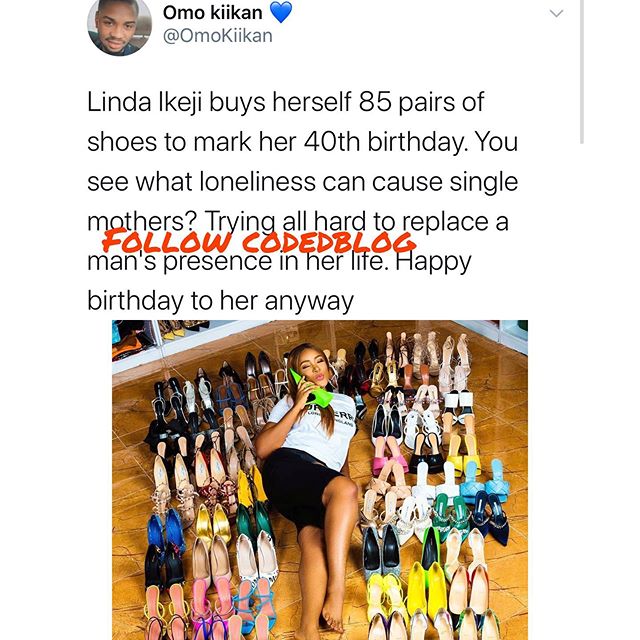 Linda Ikeji is an adorable single mother who at the age of 40 has a som of 2 years old, Jayce, whom she has not been shy of flaunting on social media.