Most times, people hold the opinion that due to the influence  celebrities have, they are of good financial standing.  This is barely an opinion which is not always true.

However, celebrated Ghanaian actress, Lydia Forson has sent more or less a warning to people who send her private messages on social media to stop demanding money from her. 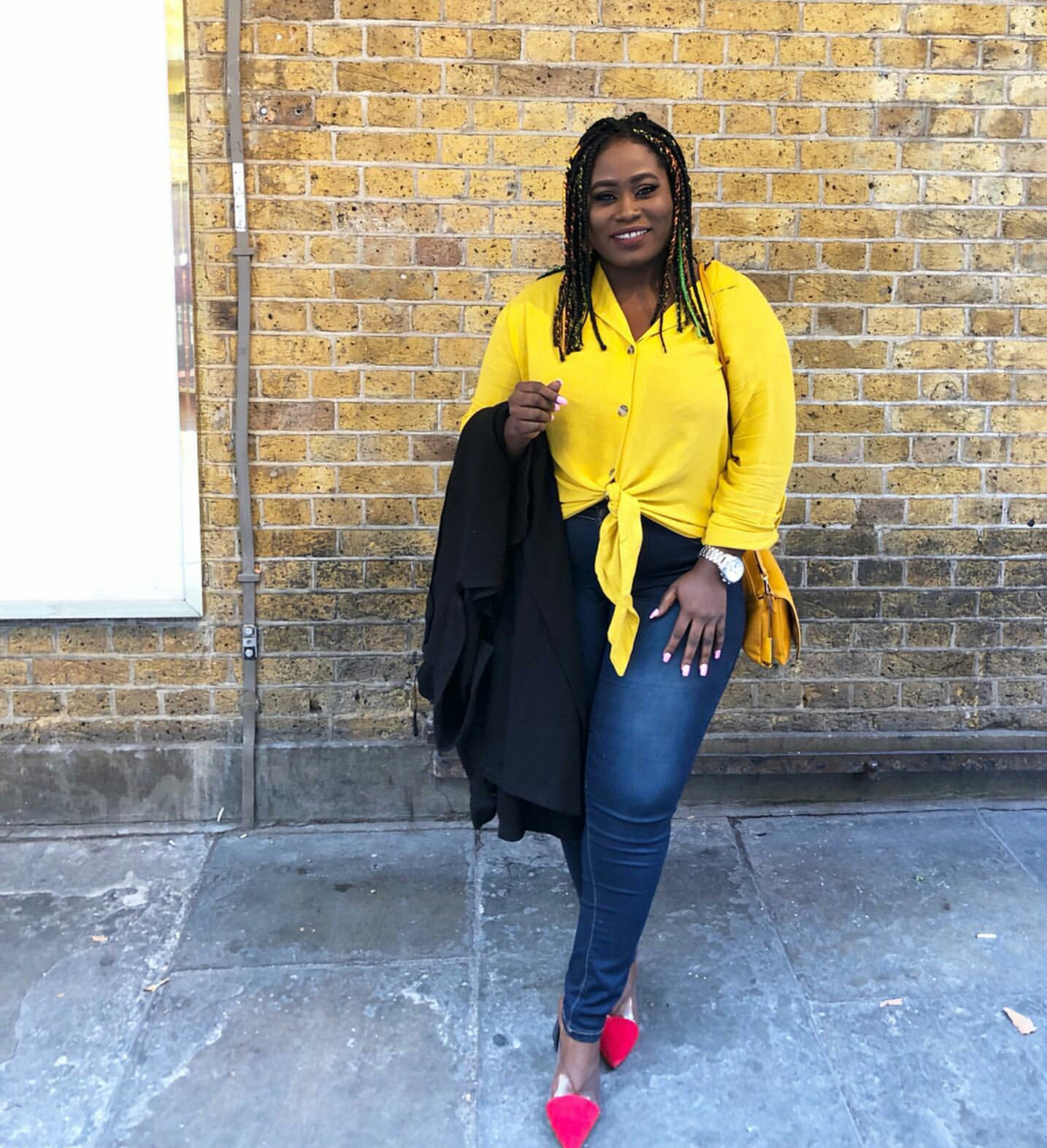 The actress reiterated that often times people see her as a very rich figure probably due to her fun trips and among others to which stated that she worked hard for .

In a twitter post, Lydia stressed in pidgin that ” I’m also looking for money too waii. E hard give we all. Sometimes sef, you get more than me”

That notwithstanding, the award winning actress added that she has helped people  who wrote to her for help and stated that such people appeared to be in dire need. She added that she helped them in the form of donations.

“I hardly speak on the donations I make, but this one over me. One time this guy sent me a DM asking for money for an exam he needed to take. I told him I could only pay for half because I’d just paid for another person’s medical expenses…,” she recounted. 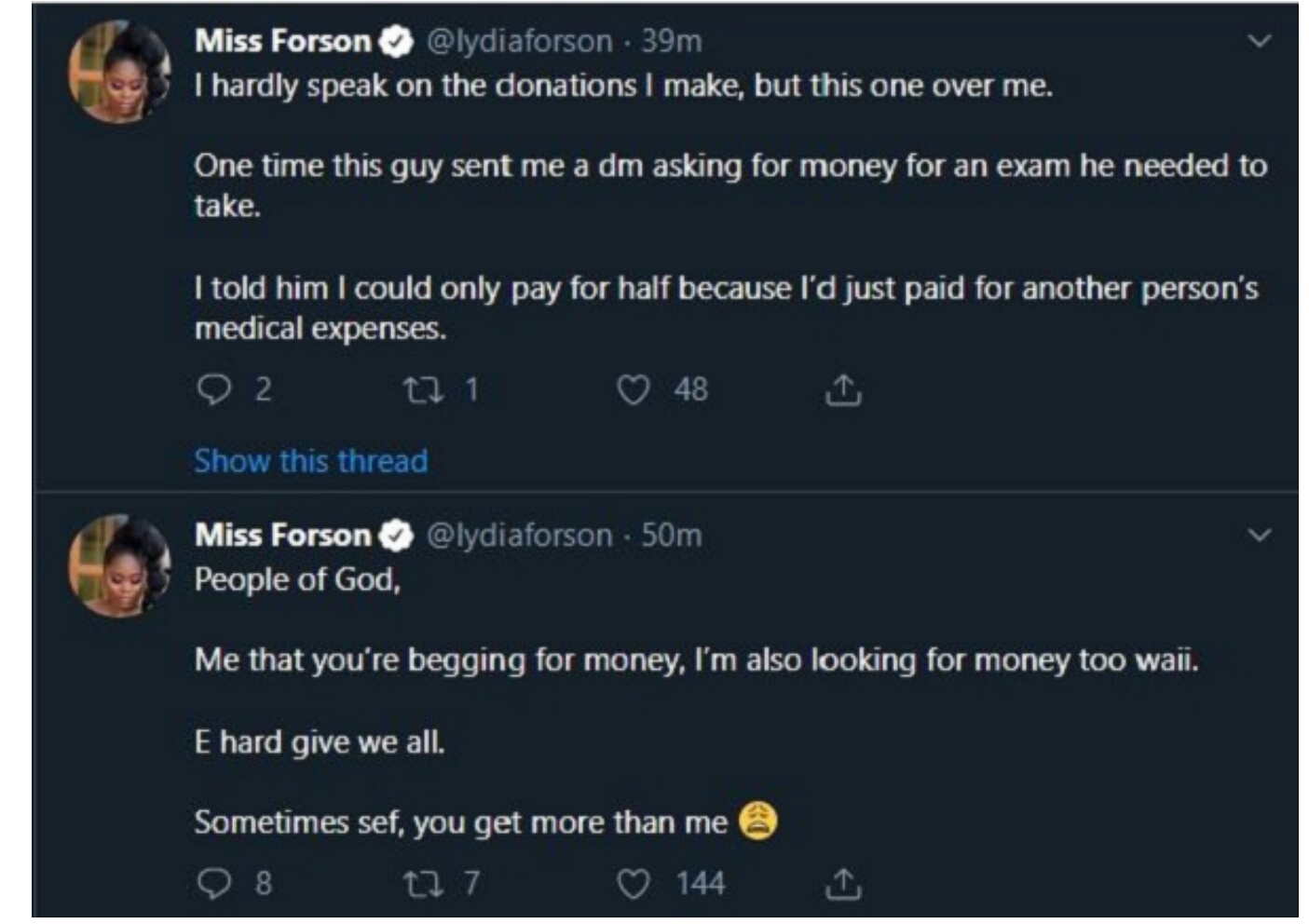